The developers of Skorcery speak with GamingBolt about curious arcade "sportslike" title.

What do you get when you take the elements of an arcade fighter and infuse those with classic games like Pong? Apparently, Skorcery is what you get. Developers GrappleHook Games have been working on this curious arcade “sportslike” title for a while now, with it having been out on the PS4 for a couple of months. A while back, we sent across some of the questions we had about this curious title- read our conversation with the developers below.

Note: This interview was conducted before the game’s launch. 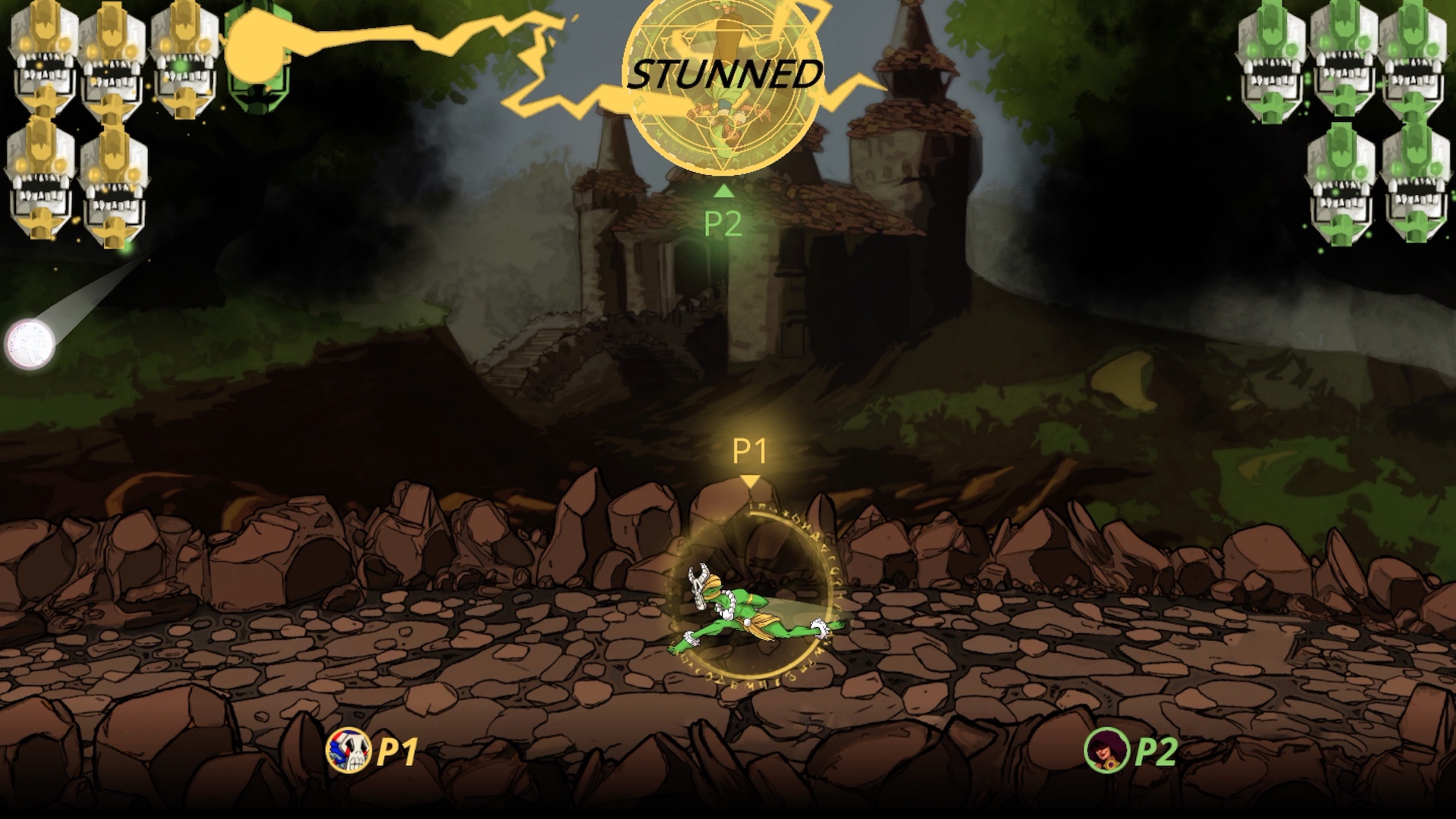 "We wanted things to be easy to understand and have an intuitive sense of competition but then taken to the next level in a way that only a video game can."

How did the idea of combining classic arcade titles with sports-like elements come about?

Long ago, when the project first started, we were really interested in the idea of taking certain real-world mechanics and positioning them in a digital space. So take like, bumping around a volleyball for example. It is intuitive but has natural challenges to it. And then imagine you could modify or layer new challenges or traits to that situation in a digital context.

So that was kind of the headspace Skorecery grew out of. We wanted things to be easy to understand and have an intuitive sense of competition but then taken to the next level in a way that only a video game can.

What multiplayer modes will Skorecery offer to players?

At launch we offer Quick Play, Exhibition, Goal Tender, and Shootout. Quick Play and Exhibition are kind of the standard play mode (Exhibition just gives players more options). Goal Tender kind of inverts the player’s relationship to the victory condition and Shootout puts a hard limit on how many shots you can take. Those modes can be played with team combinations for 2 to 4 Players.

Is there going to be any kind of a single player component?

Apart from a basic tutorial and practice mode, no, not at launch.

Can you speak to us a bit about how Curses will function in the game?

Yeah – Curses play a big role in the game. They effectively act as modifiers on the ruleset that governs the game.

So, for example, there is the “Gravity” Curse. By default, the ball does not respond to gravity – it will bounce around the Arena in a straight line based on whoever shot it last or whatever it ricocheted off most recently. By toggling the Gravity Curse on, however, now the ball responds to the downward pull of Gravity as it travels. Not only that, but a modifier on that Curse can change the relative direction of Gravity based on who last set it.

In all three states (No Gravity, Gravity, Relative Gravity) the game feels pretty different. That’s just one Curse, and Curses stack their effects. The result is by playing around with Curses you can carve out a pretty different feeling game.

What are some of the different kinds of spells players will be using in combat against each other?

Our Spells are largely focused on giving players creative tools to make big plays, defensive or offensive, when they need to.

One example, The Wall, is exactly what it sounds like. It spawns this magical barrier that exists for a bit to block opponent shots and prevents opponents from moving through. Great defensive option.

Alternatively, you could use Ethereal Hand which spawns this cool portal into the Arena. If the ball is touching the portal, and the player who cast it then uses the catch trigger, it pulls the ball through the portal into their hand instantly from anywhere in the Arena. Harder to use, but super powerful if you can do it a pinch. For example, Ethereal Hand is especially effective in Goal Tender mode.

Those are 2 of the 5 spells we have at launch, the goal is to just give players the power to change the tide of the game in a cool way.

What sort of depth will customization of match rules offer?

Between Spells, Modes, Layouts and Curses you can get a surprising amount of variety out of the game. Those systems definitely drive the customization in Skorecery.

That said we’re definitely looking at what other elements we can customize so that players can really play their way.

Nothing that we can commit to at this point in time, but we’re definitely exploring different options. Any new Curses, Spells, and Modes that catch our attention have a good chance of showing up post-launch.

Do you have any plans for launching the game on Xbox One as well?

Not at the moment, but that may change. Again it’s the kind of thing we need to explore as a team, see what is feasible, and see if there is interest. 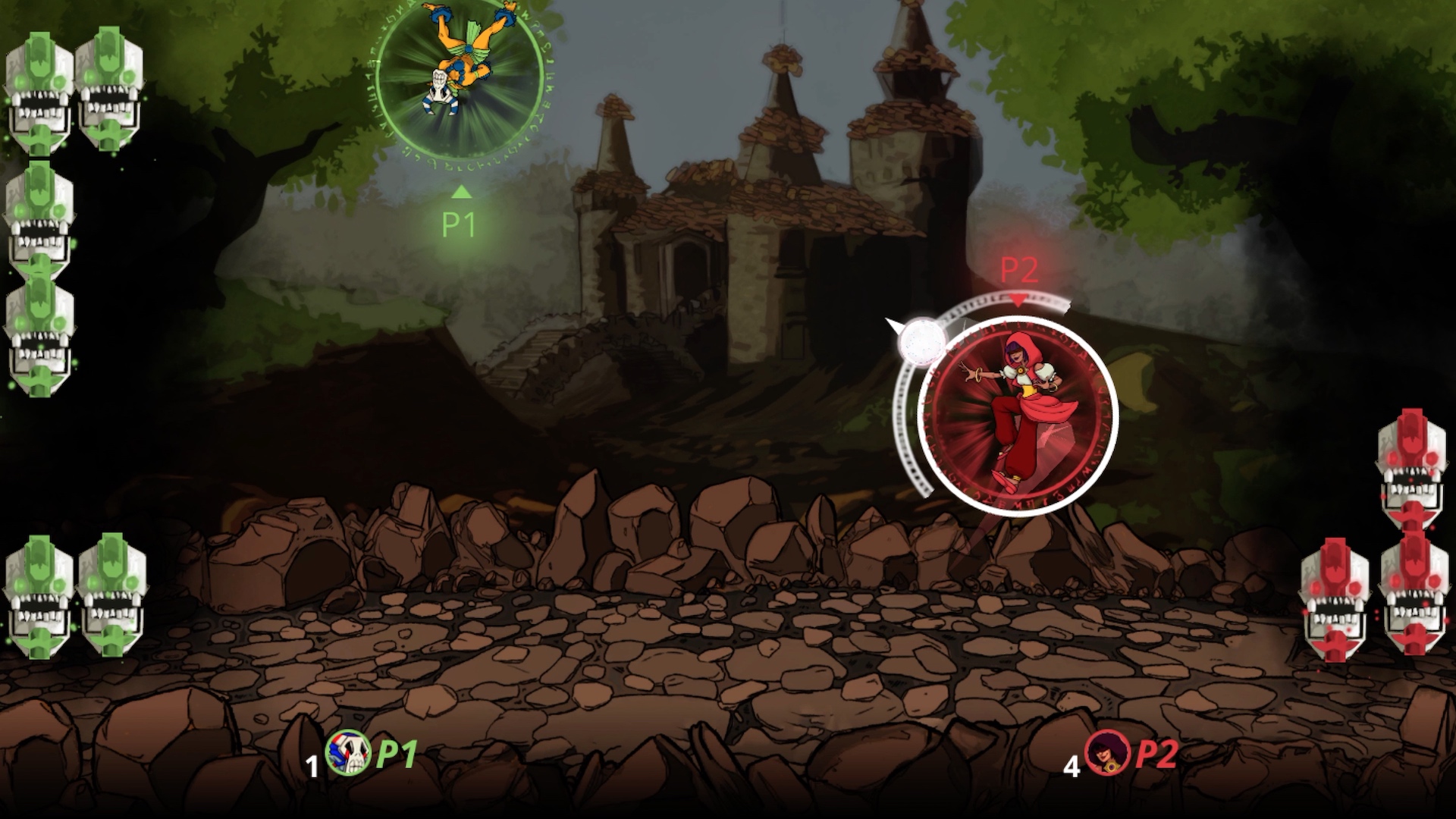 "Our Spells are largely focused on giving players creative tools to make big plays, defensive or offensive, when they need to."

Was there any reason why you went exclusive to PS4?

The team has been really happy with what Sony has done in the indie scene and how much demand the PS4 has drawn in that space.

We also were looking to release on a console since our game was a controller-focused, couch multiplayer experience. It felt more at home in that sense than on a PC.

And on top of that we’re just big fans of the platform that brought us games like Ratchet and Clank and wanted to be a part of that family in some small way.

Are you taking advantage of the PS4 Pro’s extra power to deliver better visuals or performance?

Not in any deliberate way, no.

What are the resolutions and frame rates of the PS4 Pro and base versions?

Hmm, good question! From a development scene perspective, it will be interesting to see how Sony and Microsoft’s idea of developer access changes. What do their stores look like, what does it take to get on a platform, what do their tools look like?

Do you think VR will be one of the defining features of next-gen consoles?

It certainly feels that way, though I’m not sure how central to those console experiences they will be. It might just be that VR is supported out the gate, as opposed to being addressed later on. Seems unlikely that a console would come out and be, “VR First”, for example. Should be interesting no matter what happens!