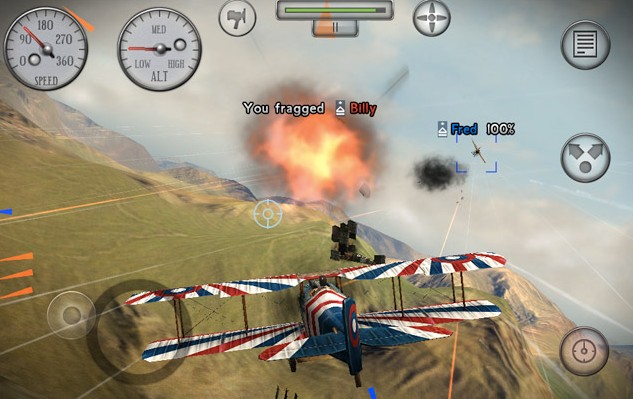 With an extensive campaign and eight player multiplayer mode centered around World War I combat, Sky Gamblers: Rise of Glory includes such graphical features as “high dynamic range rendering and light bloom effects for continuously photo-realistic experiences, refraction of light on the raindrops hitting the cockpit window and anti-aliasing so the action is perfectly smooth”.

It’s mostly aerial warfare (of course), but the game with options to play against people from all over the world and that it actually looks quite nice, it definitely bears looking into. The campaign mode is good for wasting a few hours too.