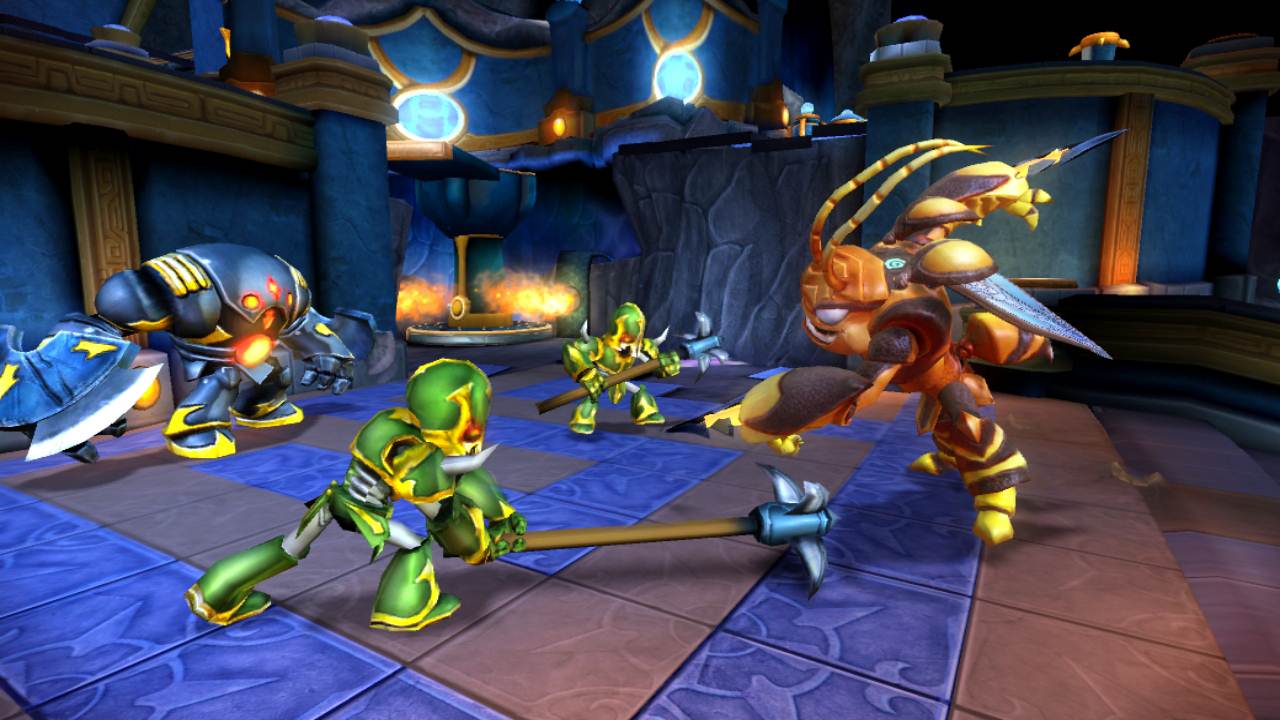 Activision has released some new details on the upcoming Wave 2 characters for Skylanders: Giants. We’d guess they’re like Pokemon but with a lot more bite. The characters are Hot Head, Sprocket and Flashwing.

Hot Head is described as a “short tempered fire giant”, who kind of caused the entire Skylanders island to explode. He’s got access oto magical oil, which feeds his fire abilities all the more, and now that he has an infinite supply, he’s just about ready to burn anything and everything to the ground. Like a boss.

Sprocket on the other hand is a tech-oriented creature, described as a “rich, proper Golding” who likes building things. However, when her inventor uncle disappeared and that Kaos was behind, Sprocket decided to make a battle suit and kill the crap out of everything. Or trying to reunite with her uncle while fighting the forces of evil. Something like that.

Finally, we have Flashwing an earth element creature who’s origins are shrouded in mystery, but she packs enough beauty and power to suitably take down the most lethal gem dragon with a simple tail lazer.

Skylanders: Giants is currently slated for a Wii U release this November.