Skyrim: 10 Things We Want To See In Dawnguard DLC

It’s surprising that we haven’t had any Skyrim DLC yet, considering the immense popularity of the game, yet Bethesda have recently popped the bubble of suspense by announcing Dawnguard. Bestowed with the vague release of “summer” on Xbox 360, it won’t be long before we get even more content for Skyrim. Bethesda aren’t always particularly generous with their DLC offerings however, so below we’ve listed ten things we think they really ought to offer in Dawnguard. 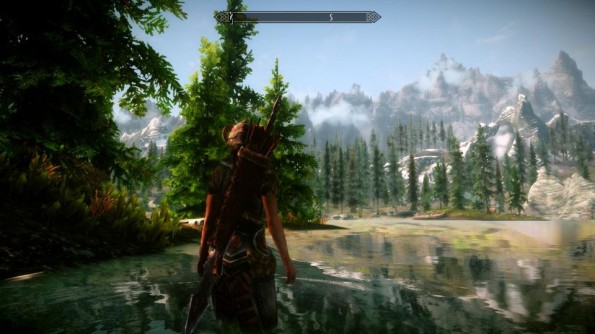 A rather obvious point, but Dawnguard is unlikely to get off the ground without some serious polish. Maybe console users will be happy for any kind of content but, considering the high quality third party mods that the PC version of the game has been subject too, Bethesda will need to bring their A game to the development of Dawnguard. After all, it would be pretty embarrassing if they were shown up by their fans.

A Meaty Set of Quests

Considering the time we will have waited for Dawnguard, it would be a total let down if it’s anything less that a “full” expansion pack. Small tweaks and a handful of quests isn’t going to cut it. We’ll be wanting a proper new quest line with a solid story, proper continuity with the game’s lore and new characters and factions.

Of the two expansion packs released for Oblivion, The Shivering Isles was much more impressive than The Knights of Nine expansion. Why? Simply because The Shivering Isles offered a completely new setting, while the Knights add on generally re-used locations within Cyrodil. Let’s hope Dawnguard takes us to a new world as, whilst I love Skyrim as much as the next guy, a change of scenery would be nice.