Skyrim: The Visual Evolution Of The Elder Scrolls In The Last Five Years

Welcome to our new comparison where we show you how much Bethesda has improved when it comes to visual design. The Elder Scrolls V: Skyrim is shaping up to be a fantastic game, and all the components including the visuals have received a massive overhaul. Bethesda mentions that they’re using a new engine, but considering the gameplay videos and screenshots released till now, we think it’s a modified version of the infamous Gamebryo engine. The graphics look really good in Skyrim, so we take a look at how the developers have improved the game compared to the 2006 awesomeness: Oblivion.
The image on top is Skyrim and Oblivion is the one below that.

Note: Please use the back-next buttons to navigate through the gallery. 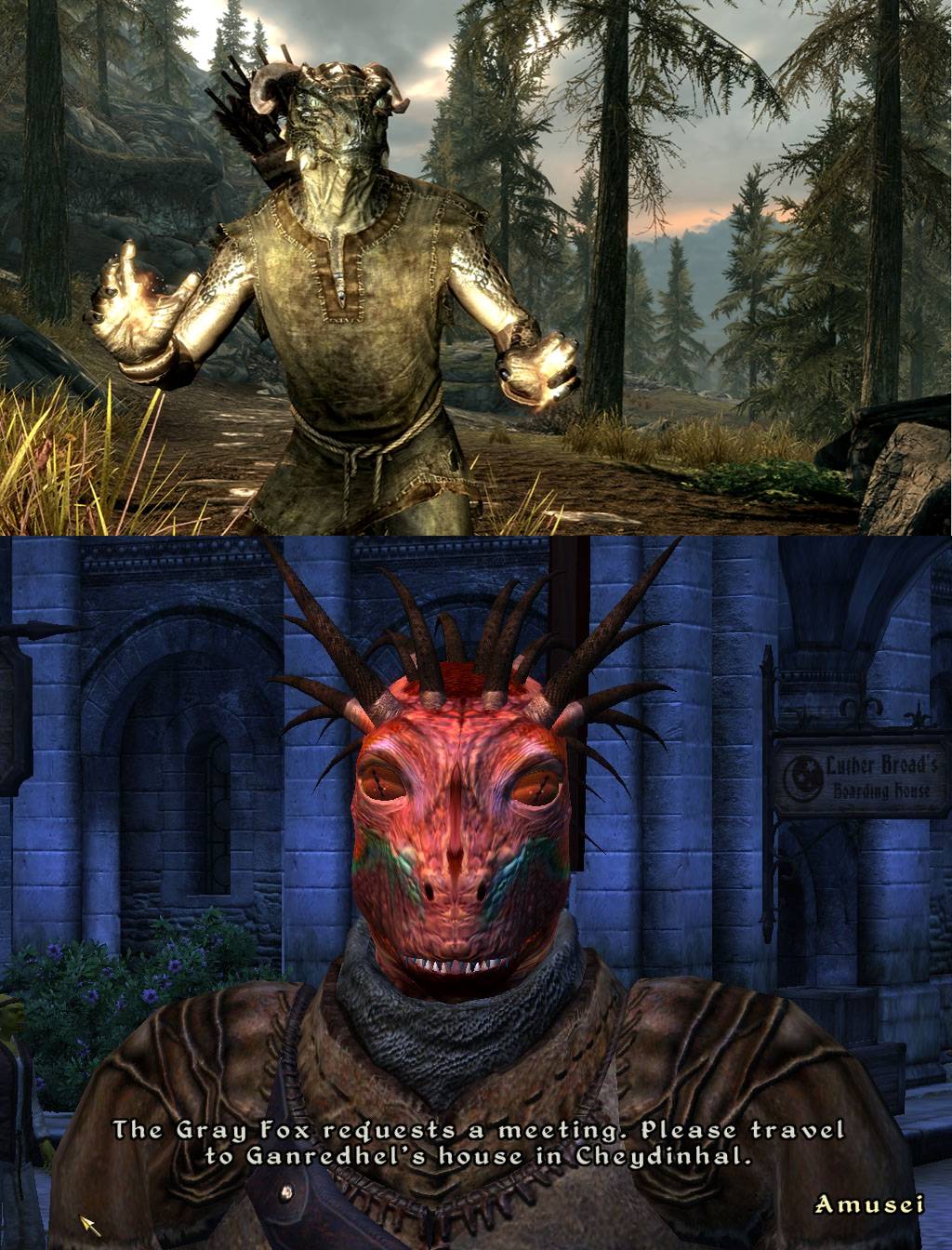 This reptilian class always looked a bit weird in Oblivion, and here in Skyrim along with other races, they seem to have undergone a massive change. They have a lot of polygons and the texture quality is superior. Argonians are creatures that can come and walk around on land but they are mainly made to be a water creature which can easily be told by their water breathing ability.