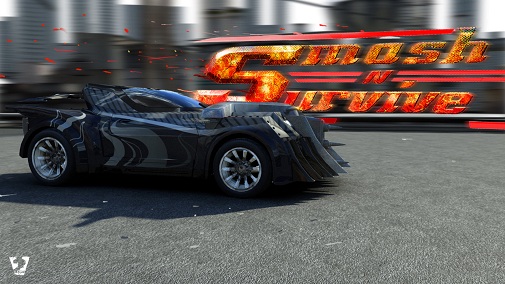 Let me tell you a secret – I was actually dreading the thought of playing this game, Smash ‘n’ Survive. There’s a reason for that. It’s made by an Indian developer. Now, people who don’t know what that means, get ready to play some of the most unimaginative and mediocre games (technical and artistic) ever made. The most recent is a  movie tie-in called Ra One. The less  we talk about it, the better.

So, Smash ‘n’ Survive is a car combat game from Version2Games, and is exclusively available on PSN for Rs. 740. I have to question the timing here, since a game with much better production values, Twisted Metal, is already out, so the thought process behind this release window is baffling.

After playing this game for a few hours, I’m quite stunned to say that it isn’t that bad, because my expectations were already low to begin with. Now I can nitpick this game into oblivion, because the design choices and other things are bewildering, but one thing is for certain – this is the best game to have come out of India. 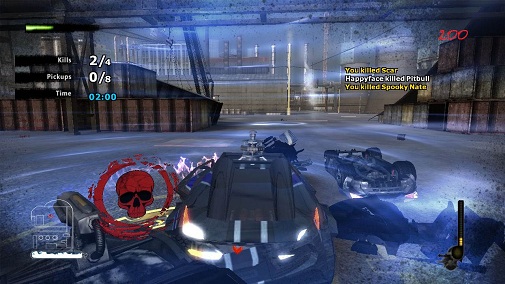 So I’ll be a little positive here. Yes, the game is fun, but only if you ignore some of the technical issues that you will no doubt encounter here. The production values aren’t that great as well; graphical artefacts and poorly implemented lighting is easily visible in the second level of the campaign itself, where you have to survive for 3 mins.

It doesn’t look utterly terrible like some of the other Indian games out there, though. It’s quite decent, I’d say. They have really put some thought behind the level design, and I appreciate that even though the execution is sub-par. The game doesn’t support online competitive multiplayer. However, there’s a couch multiplayer option, where the game asks you to connect a second controller.

The handling is a bit stiff here, and it will take you a while to get used to it, unless you completely lose interest in the game before giving it a chance. The game absolutely doesn’t make a good first impression, and poorly designed and unresponsive menus, especially when selecting cars, are a big turn-off. The loading times are somewhat decent, so that makes things a little bearable. 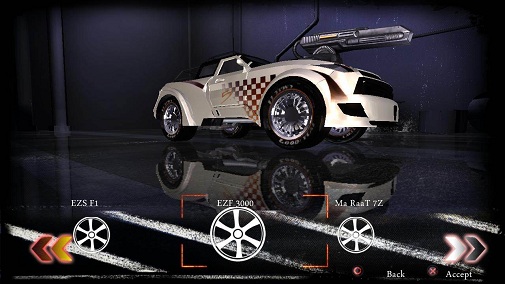 There’s no plot here, but a bunch of text on the loading screen, which, tells you why you are crashing into other cars. But basically, it’s all about destroying cars and completing some objectives. I actually had my receiver on high volume, so the sound of tyres screeching almost destroyed my ears. I’ll need some time to recover from that, unfortunately. The sound effects and the choice of music on offer here don’t really jell with the game.

There are plenty of cars here, and you can customize them as well. You basically unlock them as you keep playing the campaign. There are plenty of tracks as well, ranging from good to utterly bland ones. There are some destructible environments, but it’s mostly limited. Ramming into other cars isn’t that satisfying for some reason, although, if you manage to ram into the sides, expect some serious damage, especially with nitrous activated. And then you can use R1 to deliver the killer blow.

The game is very inconsistent visually. The textures are pretty poor, and there’s a lot of aliasing everywhere. I was expecting this game to hit 60 fps, considering there’s nothing that demanding here, but the performance is quite shaky which is incredibly disappointing. It’s like they joined pieces together at the last minute. A silky smooth framerate would have alleviated some of the problems, but instead, all the nasty technical issues are amplified due to the poor performance. 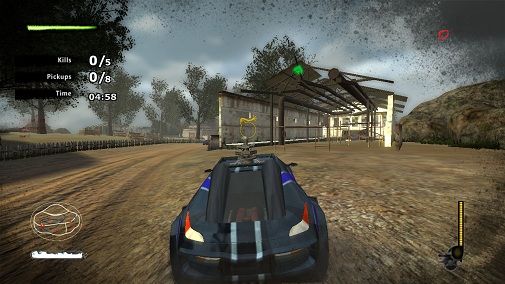 Since my expectations were already at rock bottom, I tried my best to ignore all the issues to check this game out properly. Should I recommend this game to people out there who are looking for a good combat game for a reasonable price, when you can get something way better for a little higher price? Unfortunately, I don’t think so.

Smash ‘n’ Survive is the studio’s first PS3 game, so I’ve been a little forgiving here, but these guys really need to sit down and produce games with an acceptable level of quality, considering its the year 2012, not 2005.

I will only recommend people to buy this game if they don’t want to pay Rs. 2,000 + for a racing game. There is no doubt that this is the best game coming out from an Indian developer, but I don’t know whether to be sad or happy at this fact.

Final Verdict:
FAIR
There is no doubt that this is the best game coming out from an Indian developer, but I don't know whether to be sad or happy at this fact.
A copy of this game was provided by Developer/Publisher/Distributor/PR Agency for review purposes. Click here to know more about our Reviews Policy.