niper Ghost Warrior 2 is a first-person shooter game that focuses on the simulation of what it is like to be a realistic sniper that runs on the CryEngine 3. If you like sniping and and enjoy sneaking around then this might be a game for you. However, the game isn’t as realistic as you might expect it to be due to numerous problems it has. I will be explaining the game’s high and low points, but first lets cover the presentation of the game.

Sniper Ghost Warrior 2 is a decent looking game, but it could have been so much more better looking. It’s running on Crytek’s CryEngine 3 which is the powerhouse behind the graphical behemoth Crysis 3. Crysis 3 really took the advantage of the engine, however, Sniper Ghost Warrior 2 does not.

It looks good, but it’s nowhere near the beauty of Crysis 3, even though it’s running on the same engine. I kind of find this rather disappointing because the developers had great potential to make this a beautiful looking game. It’s a sniping and sneaking game at heart and it’s not even open world like Far Cry 3, this really baffles me why the developers have gone the low quality route on this one. 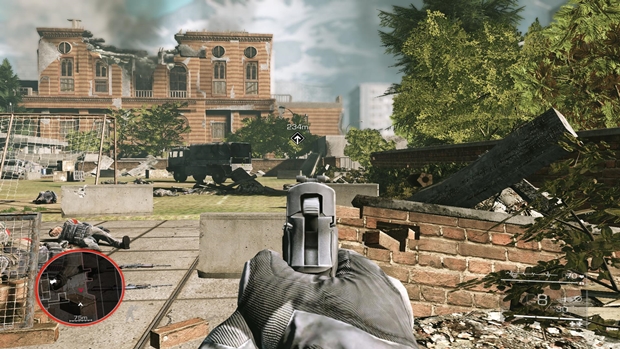 Sniper Ghost Warrior 2 is also filled with graphical glitches, such as skybox flickering, repeatable textures that are used way too much, noticeable texture pop-ins that are easy to see and sometimes disappearing corpses after shooting them down with your trustworthy pistol.

While these graphical glitches don’t happen that often, they’re still noticeable and can distract the player from the main experience and ruin the immersion of realism. However, there are times when Sniper Ghost Warrior 2 does look pretty, especially when you look at something from a distance. Overall the presentation of the game is actually decent. There is a nice soundtrack when combat kicks in, great voice acting and good looking character models.

The gameplay in Sniper Ghost Warrior 2 is usually divided into three elements, which are sneaking and sniping throughout the missions. In the game you will be sneaking past enemies, taking out enemy snipers from long distances, killing main targets and covering your AI partners in certain mission scenarios. The sniping mechanics are well implemented and easy to understand. You zoom in on your sniper rifle and wait for a few seconds too see a tiny red circle appear. This actually indicates where the bullet will land. The game takes into account the wind direction, heartbeat rate and distance which determines where your bullet will actually land. Once you think you’re ready to take the shot, you can hold down shift to take a deep-breath and makes the world go into slow-motion so you can properly aim your shot and then push the trigger. 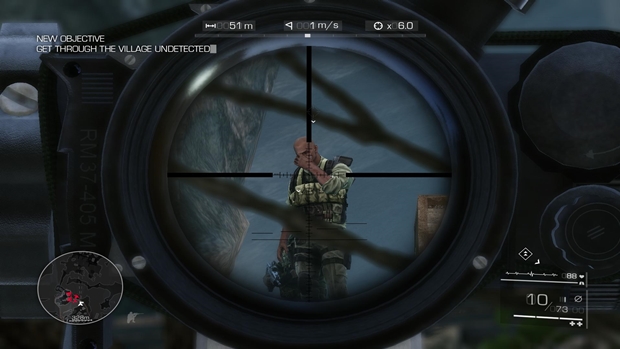 The game has 3 difficulty settings, easy, normal and hard. Playing easy and normal will still make the small red circle appear when you zoom in with your sniper rifle, while the hard difficulty completely relies on your sniping intuition and skills. The game consists of 3 Acts with 3 missions in each act. The missions usually range from 20-30 minutes depending on how fast you snipe and sneak around. There are also secret collectibles that you can collect. If you’re into collecting and completing the Acts 100%, then the game will obviously become longer due to the exploration aspect.

Your sniper is also equipped with a knife, pistol with an attached silencer. You may also use binoculars to locate hard to see targets in the distance, thermal vision and night vision for missions in the dark. The pistol is useful for the sneaking parts of the game and can also help you out of sticky situations if the enemies decide to charge and gun you down. The game makes clever use of binoculars and other gadgets during your snipe hunt.

The AI in the game is not that smart which is disappointing, because this is supposed to be a realistic sniping experience. When the AI gets alerted they either run straight to you, or go behind cover and not even try to shoot you until you kill them with a pistol or snipe them down. This makes the game really easy, I was able to get through most of the missions just by killing everyone with a pistol and didn’t even need to use my sniper. 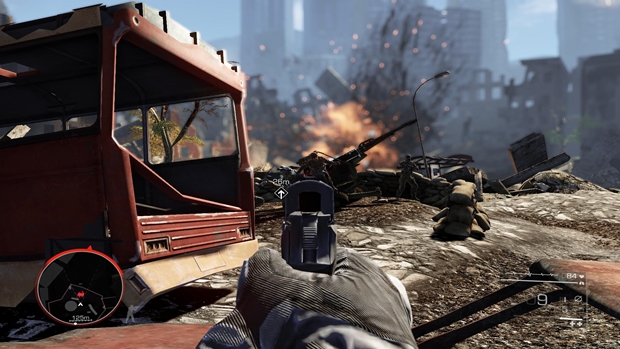 One thing that I do like about Sniper Ghost Warrior 2 is the bullet cam. When you snipe down the last guy in the zone, the final hit is beautifully demonstrated in a slow-motion movement and the feeling of the impact when the bullet hits someone’s face. It’s fun to see and adds a cinematic feel to the game thanks to the camera angles. Players may also turn the bullet cam feature off in the options menu if they don’t like it.

Overall the pacing of the game is decent. I just wish there was a bit more sniping in the game and less areas where you can just sneak past enemies or even gun them down if you want to put your sniper rifle to use. The actual sniping is fun and feels good when you start popping enemies heads one by one. The dumb AI doesn’t help the game at all and makes it unrealistic which is a shame. Graphical glitches that I’ve mentioned earlier can also break the immersion during sniping sections. The game is also very linear, it tries hard to make you think that it’s open world. However, in reality its far from it and you just follow objectives until your done with the mission. 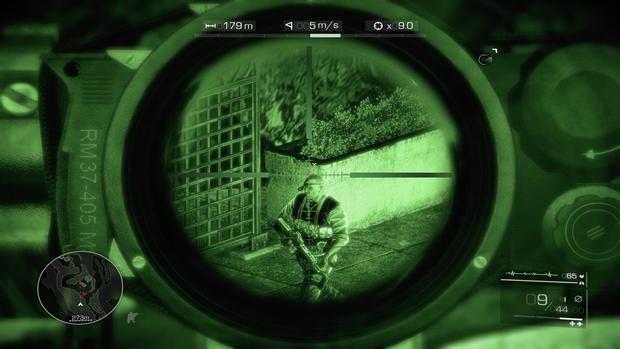 Sniper Ghost Warrior 2 has a 12 player multiplayer. You can create/join a server or host a LAN party if you wish. Looking  for multiplayer games, I was able to see 2 servers in the Server Browser, which indicates that the multiplayer in this game is not that popular. After about an hour of sniping in online session I became super bored. The pace of the game is way to slow for me and its just wasn’t that fun overall.

The game only included Team Deathmatch mode and 2 maps for the online play and nothing else. Not only was the multiplayer experience not that fun, but it was also lacking in content. Majority of gamers are used to having multiple game modes  to choose from. If you’re looking for a good multiplayer sniping experience then you’re not going to find it here. 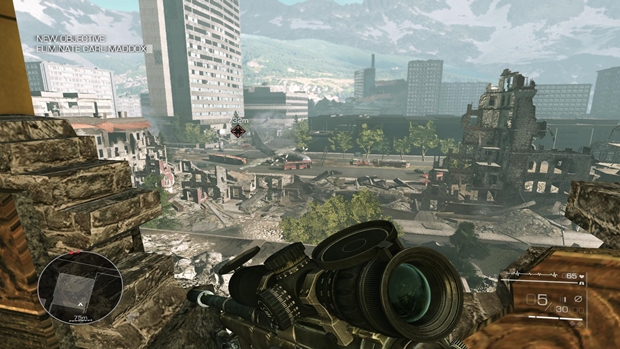 Sniper Ghost Warrior 2 is a decent game but it has too many issues. The game’s biggest problem is the AI. The game is advertised as a realistic sniping experience and the AI doesn’t complement that in any way whatsoever. While the game is powered up by CryEngine 3 it definitely does look pretty in certain places, but nowhere near the quality of other CryEngine 3 powered games. The graphical texture pop-ins, overused repeatable textures and flickering skyboxes don’t help the game either. Bullet cam and actual sniping is decent, but not amazing. Thankfully the game is $30, so if you’re looking for a quick sniper fix then buy it.

If you have friends that are looking for a varied multiplayer experience then look elsewhere. There are plenty of other first-person shooter games with fantastic multiplayer content out on the market. Overall it’s not a horrible game by any means, I just think it wasn’t executed as well as it could be. Hopefully a future sequel (if there ever will be one) will address the main issues and make the game better.

Sniping in this game is fun, voice acting is good, soundtrack fits the game well and plays at the right moments, bullet cam is awesome

Weird graphical bugs, bad AI, multiplayer is not that fun and lacks in content, linear game.

Final Verdict:
FAIR
Sniper Ghost Warrior 2 is a decent semi-realistic FPS Sniping game. Bad AI ruins the realistic experience and the graphical issues don't help the game either. Hopefully, if there is a ever a sequel it will be much better, because I think this franchise has potential.
A copy of this game was provided by Developer/Publisher/Distributor/PR Agency for review purposes. Click here to know more about our Reviews Policy.