In the video games industry, snooker isn’t a sport that has been very well represented- but it does have a devoted fanbase of its own. After eight years, Lab42 have brought the first officially licensed snooker game in a while, which is cause for excitement for many. Recently, we sent across some of our questions about Snooker 19 to the developers. The following questions were answered by game director Justin Forrest. 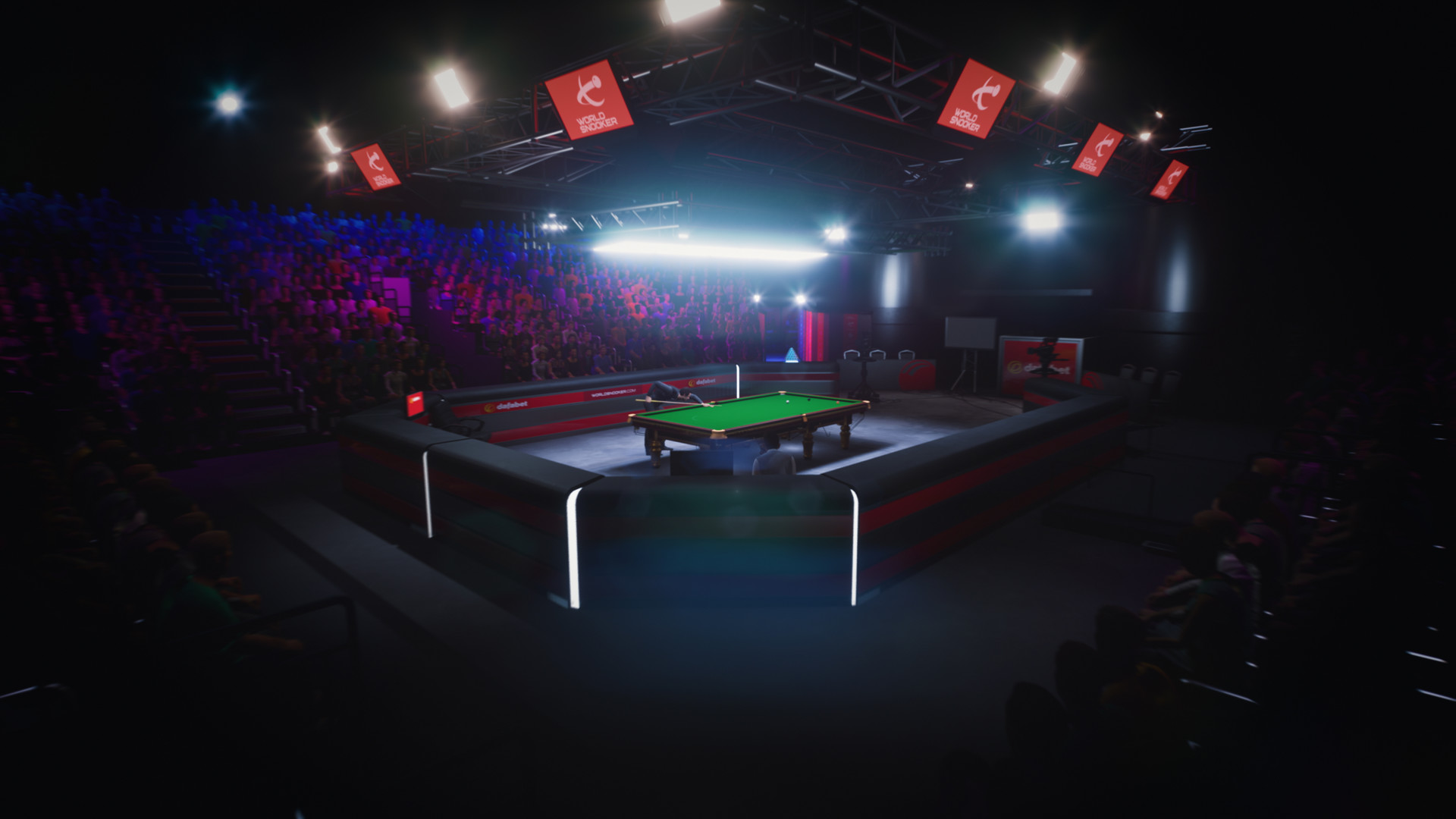 "The career mode was a very important part of the Snooker 19 experience for us."

How excited are you to bring the first fully licensed Snooker game in 8 years?

It’s amazing, really. It has been so long since the last officially licensed snooker game and the sport has changed so much since then. In that time, snooker has exploded in China, becoming one of the most popular sports in that country. The sport is now more popular than ever in the UK and is also gaining traction in other parts of Europe too.

On the gaming side, we have new platforms and new trends. Online has become ubiquitous, we have powerful consoles like the PS4 Pro and Xbox One X, while the Nintendo Switch has changed the game, delivering a hybrid platform that offers console quality games on your TV or in your hand.

When we started making Snooker 19, we took all these elements and more into consideration. Getting the core game experience right is the key here and that involves a great deal of effort being focused on the core physics engine, the quality of the AI and the immersion of break building. These three areas were certainly the most challenging areas of the game that we spent the most effort on.

Can you talk to us about the structure and progression of the career mode?

The career mode was a very important part of the Snooker 19 experience for us. You can choose any pro player or opt to pick a rising star and progress through the ranks. You’ll be playing at everything from qualifiers to world famous tournaments at iconic venues such as The Crucible in Sheffield, The Tempodrom in Berlin, and Alexandra Palace in London. As you progress through the career, you’ll earn trophies for your virtual trophy cabinet. You’ll also earn cool gear like flashy waistcoats, shirts and bow ties to customise your player.

What exactly does Snooker 19 offer by way of multiplayer content?

Snooker 19 offers multiplayer options for online and local players. At Lab42 we love local multiplayer, so we designed Snooker 19 to have options for local. There’s 1 v 1 exhibition matches. We’ve also introduced a handicap system that allows friends of different skill levels to use different levels of Aiming Aid to level the playing field.

In addition, having competitive online features was a key requirement. When developing the online modes, having simple drop in matches as well as friends matches was a key prerequisite, but we also wanted to create something new that allowed users to compete within real world tournaments as they are played out in the real world. This led to the conceptualisation of the Online Tournament mode, which I think is a highly engaging experience that draws users into the real world tournaments in an online gameplay environment. 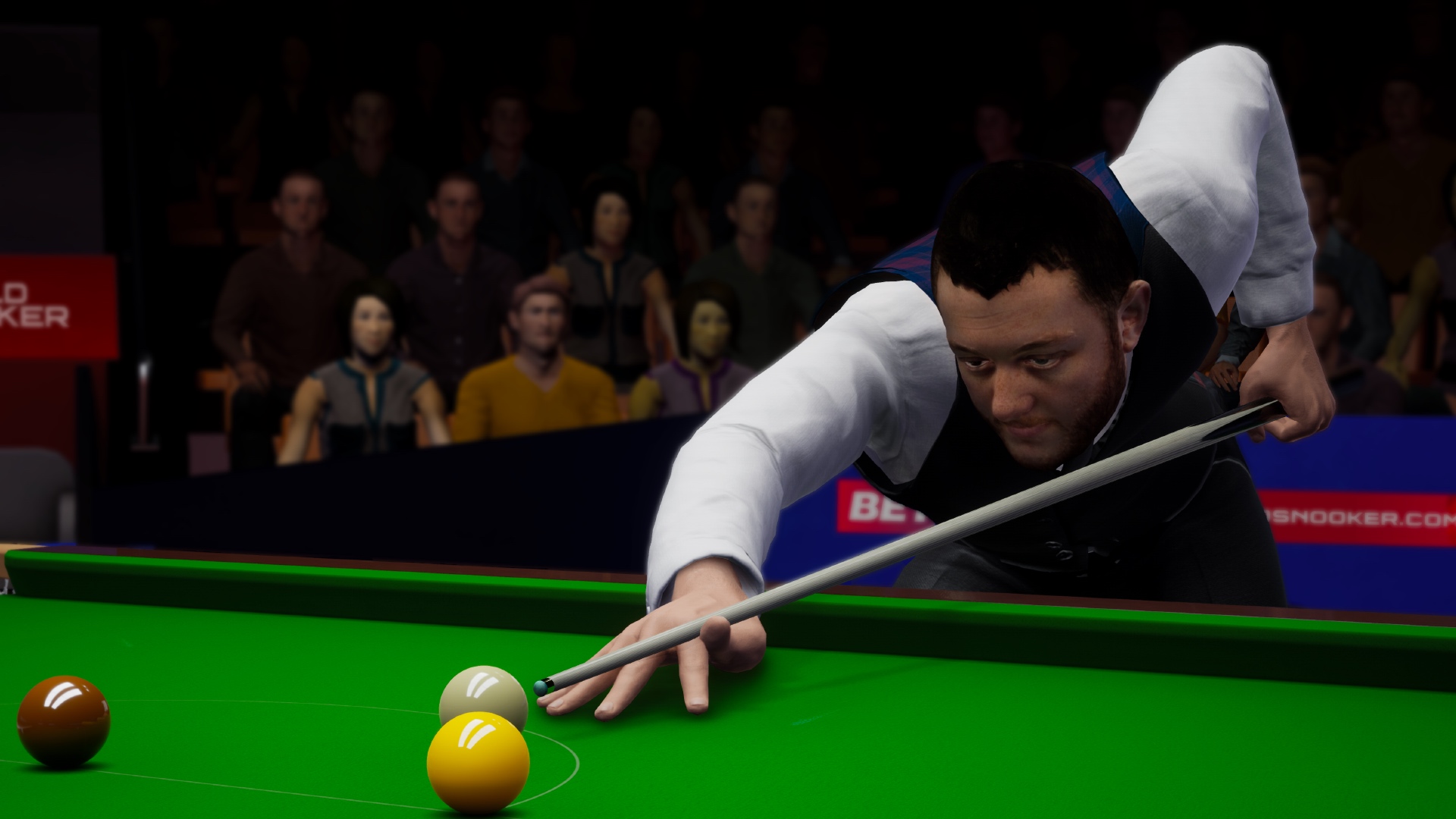 "Unreal has been a great tool for us. It has benefitted the game in many ways. Snooker 19 is not a AAA title with a budget in the tens of millions of dollars, but it still looks great thanks to Unreal Engine and its advanced visual features."

What have been the biggest benefits of making the game on the Unreal Engine?

Unreal has been a great tool for us. It has benefitted the game in many ways. Snooker 19 is not a AAA title with a budget in the tens of millions of dollars, but it still looks great thanks to Unreal Engine and its advanced visual features.

Beyond the visuals, the best and most useful aspect of Unreal is how well it facilitates cross-platform development. Our team have managed to create Snooker 19 for PC, PlayStation 4, Xbox One, and Nintendo Switch. The Nintendo Switch version has taken longer than the other platforms, due to its big power differential, but even then, we are over the moon with how it is turning out. The amount that Unreal Engine manages to get out of every platform is staggering and the scaling options are great. In a world where we are having to develop for PC, multiple consoles and enhanced consoles too, the tools Unreal Engine have given to do so have been vital for a relatively small team like ours.

Physics, for obvious reasons, are incredibly important in any sports sim game, especially snooker – how much of a focus has that been for you guys during Snooker 19’s development?

We have been developing Snooker 19 in the Unreal Engine, one of the most technically advanced game engines around, which has been incredible to work with. However, even with this powerful engine and its associated toolset, we have had to create a highly complex custom physics engine to bring Snooker 19 to life. This was a huge part of the development, it actually started before the game was greenlit. A major aspect of our pitch to Ripstone and World Snooker to choose us to develop Snooker 19,  was an early tech demo of our in-progress physics engine, designed specifically for the game. We knew what was needed to bring a snooker title into the current generation and built something that demonstrated a few of the features that the final version has today.

Since then, the physics have been constantly worked on to be as accurate as possible. We of course wanted the physics engine to be able to replicate accurate ball movement, spin and variations in power in a way that has never been done before. In addition, our engine also takes into account the speed of the cloth and inertia transfer of hitting the cushions and other balls. I could go on and on about it to be honest, but the easiest way to describe is that our physics engine delivers the most authentic snooker gameplay ever.

Something else that’s also very important in sports simulation games is presentation- what can we expect from Snooker 19 in that area?

We have leveraged the power of Unreal Engine and its amazing visual feature set to bring Snooker 19 to life. Having the World Snooker license means that we had to focus attention on authenticity, and that includes the inclusion of all the real world snooker pros and all the tournaments that feature in the World Snooker season. We also received blueprints of every venue, individual elements of tables like sample cloth and pockets and we were also sent physical and digital drawings of the official tables, giving us the ability to render them completely authentically.

A great deal of effort has gone into creating digital versions of the pros for the game. This involved 3D biometric scans of the vast majority of the players to produce the most accurate player representations to date in any snooker game. In addition, the ratings of each player have been meticulously researched and reproduced in game. This is an area that I expect to evolve over time to become more and more accurate to the real world. In addition, we’ve had great game feedback from both Shaun Murphy and Kyren Wilson (top pro players) as well as Brendan Moore from a refereeing perspective… which I consider to be invaluable. 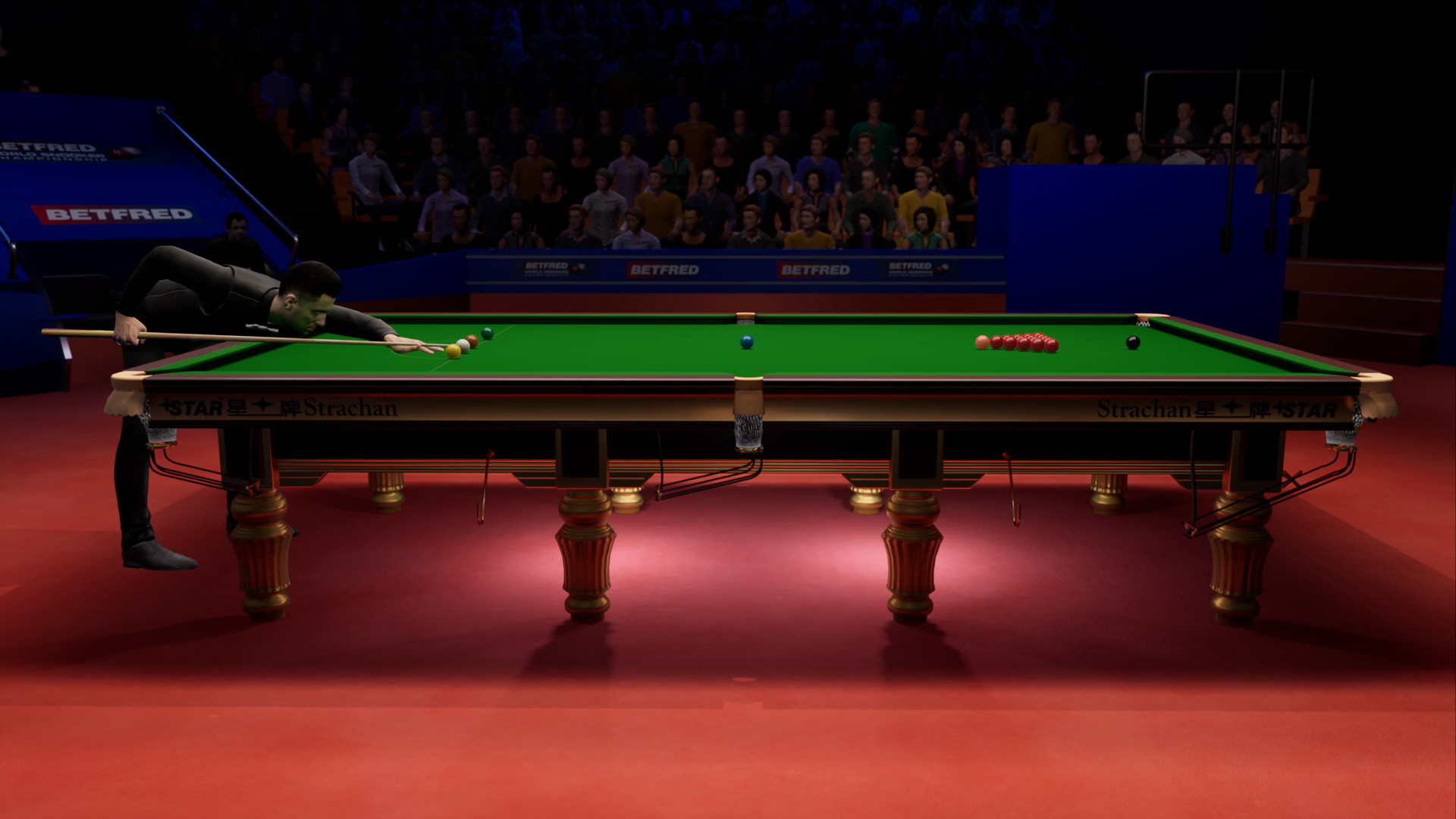 "Snooker 19 will see continuous updates, improving all aspects of the game."

The Nintendo Switch version does not support local co-op, but it does support multiplayer locally or online. You can play against a friend in an exhibition match at home or on the go, and we have done everything we can to make use of the Switch’s unique control options. You can play the game with a Pro Controller, two Joy-Con detached/in the grip or with a single Joy-Con.

Do you have any post-launch plans for Snooker 19?

Absolutely! Snooker 19 will see continuous updates, improving all aspects of the game. On top of that, one of our key features is the online tournaments, which are live in the game during their real-world counterparts, these will keep Snooker 19 players engaged as they follow the World Snooker tour. Winning an online tournament also nets you some very rare cosmetic items, to kit your pro out in.

In addition to the online modes, we have a DLC plan that we cannot wait to share with players soon.

Snooker games have been widely popular in the mobile space and as browser-based games, but haven’t caught on as far as consoles are concerned- why do you think that is the case?

Snooker is a sport that is growing exponentially and we are entering a new era at the moment, with snooker gaining a huge following in China, as well as more and more European markets. In my opinion, this is the right time to start building a quality snooker game, that does the sport justice. In reality snooker is a highly complex sport that is extremely difficult to replicate accurately in a digital format. The way players use a combination of precision aim, power and spin to break build has never been realistically recreated before. In short, while in a browser or mobile, players can forgive slight inaccuracies, a high quality, as true to life as possible PC/console title has simply not been possible up to now. 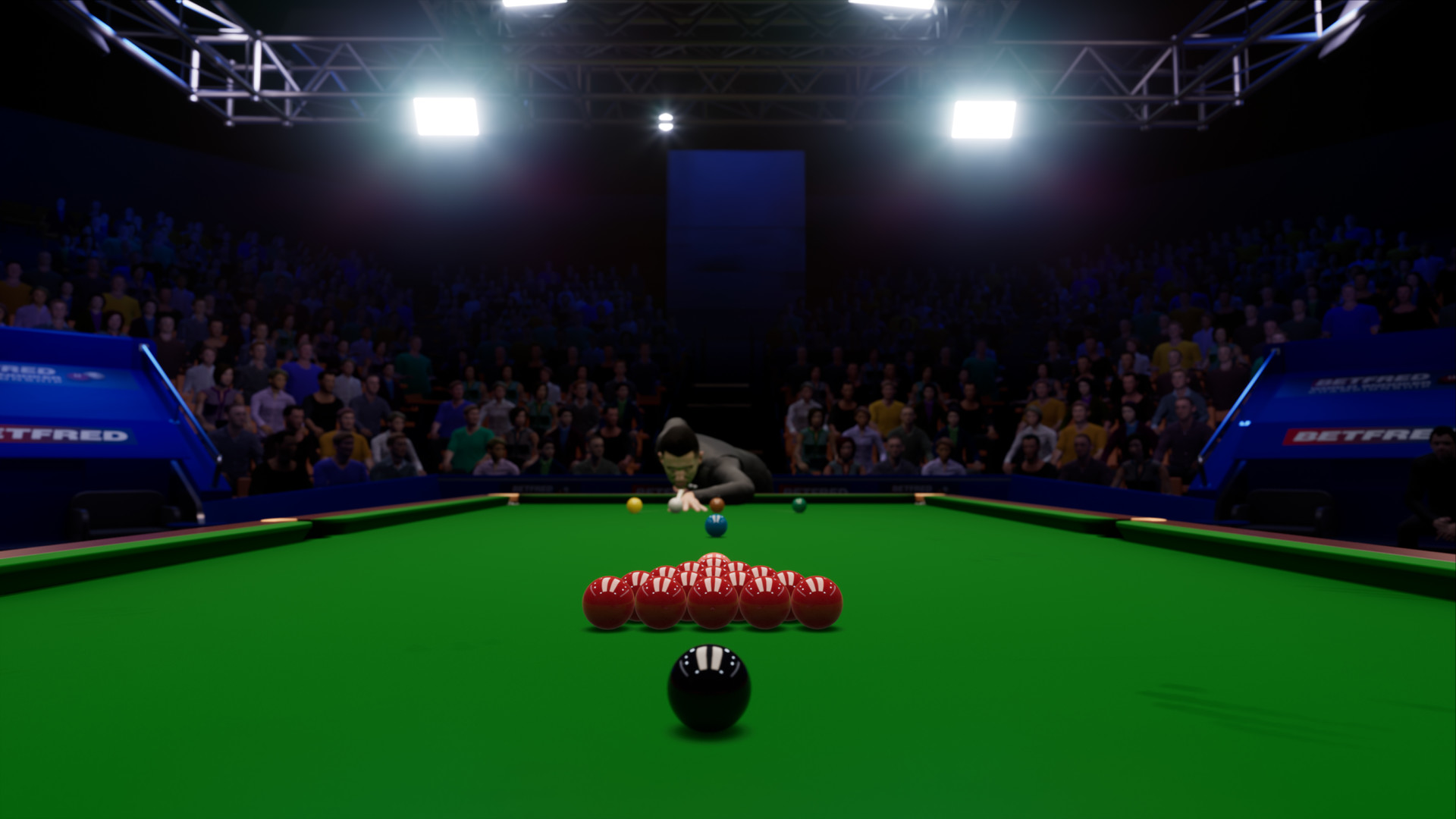 "The way I see it is that Snooker 19 is a game that will continue to evolve, but we also have so many ideas for what we could add in to a new game too."

Following from that question, do you think Snooker 19 can ignite a snooker revolution of sorts in the video game space?

I certainly hope so! The way I see it is that Snooker 19 is a game that will continue to evolve, but we also have so many ideas for what we could add in to a new game too. The game has sold steadily so far, so we will see if we get the opportunity to make another one and grow the fanbase steadily over time.