This and many other deadly foes await. 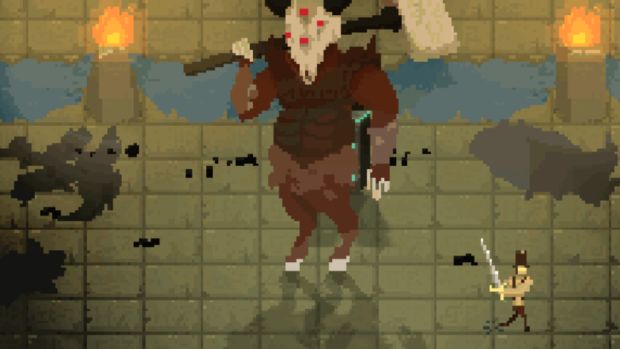 Overheard action RPG Songbringer which takes many cues from Zelda will be out later this year and in the meantime, developer Nathanael Weiss has released a new gameplay video to showcase a new foe.

The video is short and simply reveals the Viper, a stealthy foe that you must be cautious with. Patience ultimately leads to its death though. As for the rest of Songbringer, the game seems on track to fulfill its procedural generation premise of varied items, dungeons and worlds.

In addition to all of the above, not to mention a trippy pixel art-style, Songbringer will also include day/night cycles, numerous enemies, huge boss fights and various puzzles to solve. It will also have co-op play.

You can expect Songbringer to release on PS4, PC and Xbox One in 2017. Steam says it’s due in the Summer so cross your fingers for a release next month or so and stay tuned for more information.