Likely a troll on Sega’s part. 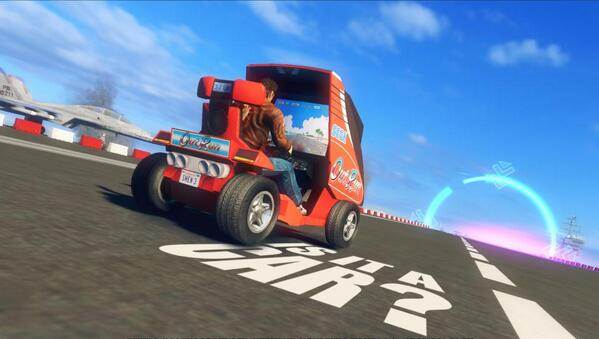 Earlier today Sega released via Twitter a series of images to promote their upcoming character mix n’ match racing game, Sonic & All-Stars Racing Transformed. The pictures are of the vehicle for the character of Ryu Hazuki, the protagonist of Sega’s popular Shenmue series, of which there have been two installments.

A zoomed in version of one of the images reveals a license plate on which the words “Shen 3” are the plate letters. As soon as this became known the internet exploded with rumors of the development of Shenmue 3, which gamers have been clamoring for for quite some time now.

As of yet Sega has not released a statement as to whether or not they have in fact begun development on Shenmue 3, and given that the series has not seen a new installment in many years, odds point to this being a subtle trolling on Sega’s part.

Stay tuned to GamingBolt to find out if there’s any truth to the rumor.