Sega and Valve tie up to bring some well known characters.

Posted By Rashid Sayed | On 18th, Jan. 2013 Under News | Follow This Author @GamingBoltTweet

The PC version of Sonic & All-Stars Racing Transformed will feature characters from Team Fortress 2. Popular characters like Pyro, Heavy and Spy will feature in the game. 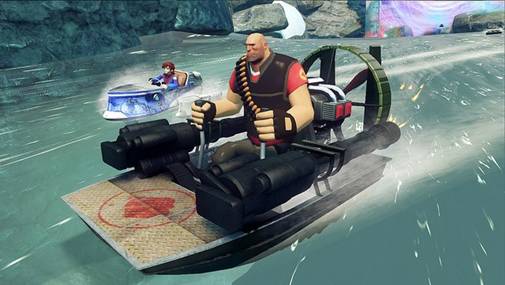 The game will also feature two other new and exclusive characters but Sega have not revealed whether they will be from other franchises. The game will be available on January 31st for £19.99/$29.99 USD/€24.99. Sega have also released the trailer which shows these new characters in action. Check it out below:

The PC version is being looked after Creative Assembly and Sports Interactive. The game features 16 dynamically changing courses with alternate routes. Players will be able to find new power-ups and avoid emerging hazards during a particular lap. Players will also be able to utilise an arsenal of devastating weapons.

The PC version of the game is due on January 31st. Are you guys looking forward to the game? Let us know in the comments section below and stay tuned for more news and updates.