After unlocking Cyloop, Sonic can pick up 11 additional skills from the skill tree and three more skills from progressing through the main story. 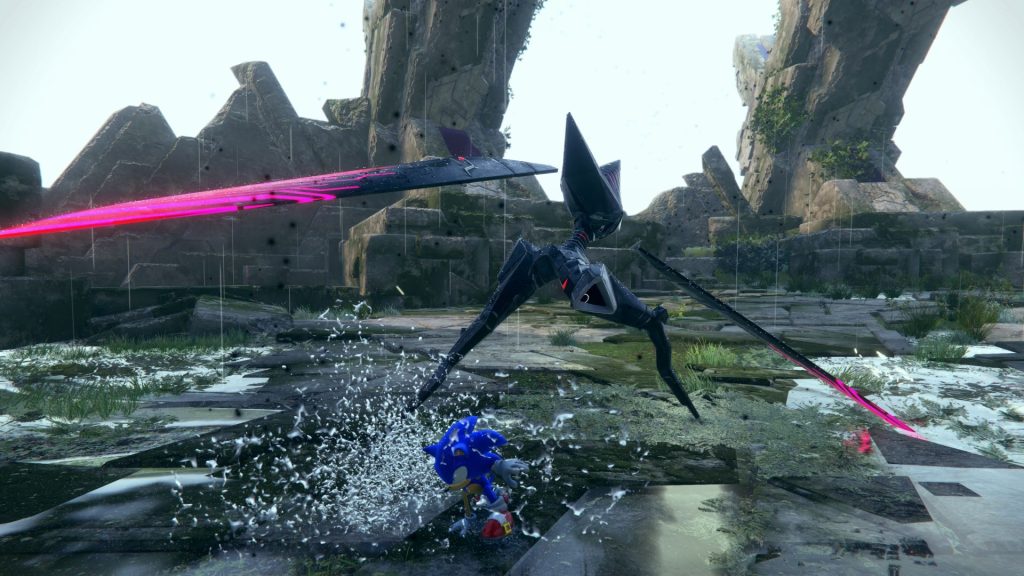 Even with its new open-world (or “open zone”) format, Sega’s Sonic Frontiers still embraces the sense of speed that the Blue Blur is known for. As Sonic explores the Starfall Islands, he’ll unlock new skills and upgrades which provide an edge in different ways. We already know about Cyloop, which creates a blue trail which can extinguish torches, hit or stun multiple enemies and so on. But what else can fans expect?

While going hands-on with an early build, Game Informer learned that after unlocking Cyloop, 11 more skills are unlockable in the main tree. Progressing through the main story will also unlock three more skills. The main tree’s skills include Sonic Boom, which fires projectiles during melee combos.

Speed Burst will increase your power at max combo. Air Tricks allow for performing tricks in mid-air, increasing progress towards skill points. Wild Crash is a zig-zag style attack and then there’s Stomp Attack for stomping down on foes from mid-air. Auto Combo can automatically activate skills during combos (though it can be toggled off in the Options).

Quick Cyloop causes Sonic to automatically draw circles with the skill, Homing Shot launches energy spheres at foes, and Loop Kick is a looping mid-air kick which increases in acceleration. Finally, there’s Recovery Smash which allows for counterattacking immediately when knocked away (though you’ll need to press certain buttons to do so).

Of course, while many open-world titles have skill trees, the real challenge for Sonic Team was creating skills that fit Sonic. As Morio Kishimoto states, “There are many games out there with their unique combat systems, but for this title, we wanted to focus on what a Sonic style of fighting would be, what sort of enemies should exist, what skills Sonic would have to defeat them, and so forth. We are not making a Sonic game where the combat and fighting is the core fun element; rather, we want to present a game that has fun combat that suits Sonic’s character – that’s the fundamental idea.”

In addition to new skills, Sonic will also encounter Koco which can increase his stats. The Hermit Koco trades seeds for attack or defense buffs while the Elder Koco increases Sonic’s top speed or ring capacity if you return lost Koco.

Sonic Frontiers is out this Holiday season for PS4, PS5, PC, Nintendo Switch, Xbox One, and Xbox Series X/S. Stay tuned for more details in the meantime.