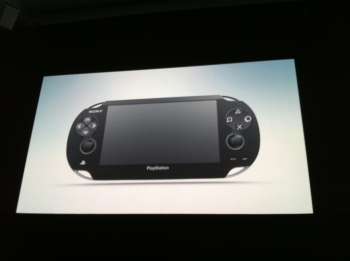 Sony announced third party support for their new handheld system, NGP. They have announced that Capcom, Activision, Epic, SEGA, Tecmo and Konami are going to support the console. I’m guessing this is just the beginning of it.

Kojima cam on stage to show what is probably a tech demo of MGS4. He’s not announced whether the game is coming over. He also said he wants a technology where you can play game on your PS3 at home, and then continue your save progress on your PSP2 when you leave home. He says he’s working on that, and will reveal his plans this E3.

Epic announced a game called Dungeon Defenders built on their UE III tech. They said it was a game being developed originally for the PS3, but development was shifted to the NGP and there were no cut backs at all. It just took a week for the port.

Activision announced a new Call of Duty title. No details were given.

PSP2 or NGP launches this holiday.