Sony Are ‘Trying’ To Provide Theft Protection Programme For Other Countries

Posted By Rashid Sayed | On 17th, May. 2011 Under News | Follow This Author @GamingBoltTweet

Later today, Sony announced that they are partnering with at Affinion International Limited, which looks after identity protection products in Europe, more specifically UK, Italy, France, Spain and Germany. This obviously raised some doubts in the minds of PSN users who belong to other countries.

A couple of users raised their concerns as follows: 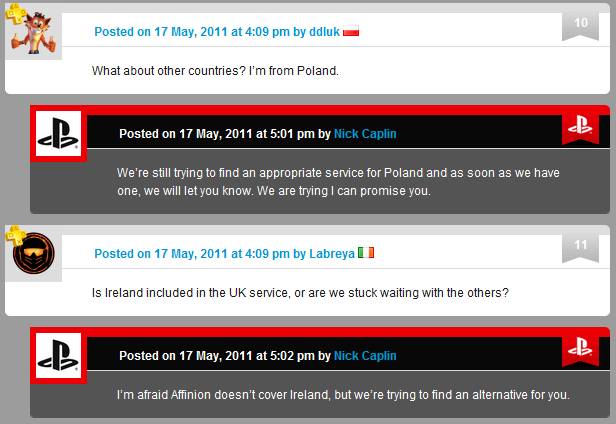 As you can probably observe that Affinion are not present everywhere, even in European countries like Ireland, however we should atleast appreciate Sony being honest about it and putting an effort to provide Theft Protection Programme for other countries.

Check back with us for more news and updates.