Release date to be announced in the coming weeks. 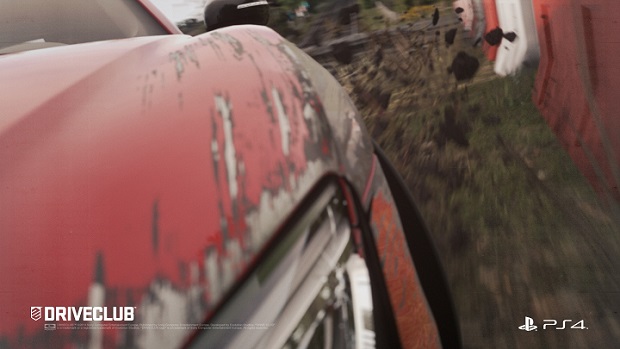 Sony and Evolution Studios are working on bringing us DriveClub, the racing arcade/sim fusion that was originally slated to be a launch title for the PlayStation 4, but has since been delayed so many times so as to be of a near mythical status by now; the title has a nebulous ‘TBA 2014’ release date, and its development has been beset by issues: just yesterday, for example, news hit of a round of layoffs at developer Evolution Studios.

In spite of this, however, Sony would have us believe that things with the game are absolutely rosy, and that it is still on track to release on time. In a statement released earlier today, Sony said that it “would like to make it very clear that the development of DriveClub on PS4 is going from strength to strength. The announced studio changes across WWS yesterday have not affected the development of DriveClub or the DriveClub team, which has always had great direction and continues to do so.

“We have full confidence that the game will deliver on its PS4 promise to be the first truly socially connected racing title and we are very pleased and excited by the calibre of work from Evolution Studios.

“The progress being made on the game is spectacular,” Sony continued, “so we’re looking forward to sharing an update on development, release date and videos of the game in action in the weeks to come. We thank you for your patience and assure you, it will be worth the wait.”

Well, let’s hope so, although at this point, the natural question that arises is: does anyone really care anymore? DriveClub was going to get commercial traction because of its status as a launch title, when pickings are usually slim. Will it be able to hold its own with a hypothetical holiday 2014 release date, when PS4’s lineup is a lot more substantial, and a whole lot of new, big name games will be releasing? We’ll find out soon enough.