"Consumers decide how relevant it is." 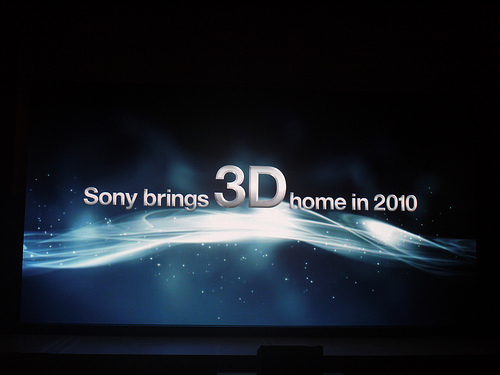 Remember E3 2010 when Sony began their press conference with a 3D demo of Killzone 3? That was something amazing to see and weird in a lot of ways since the entire audience was asked to wear glasses. It indicated that Sony is going after 3D big time, and why wouldn’t they? They’re an electronics company after all, more sales of 3D related items equals to more revenue, and maybe some profit is Sony is lucky.

Sony UK boss Feral Gara has said that consumers are not hugely interested by 3D at this stage, but it’s something they have in their arsenal and it could probably pick up later.

“Consumers decide how relevant it is. It’s fair to say consumers have decided it’s not hugely important at this time. It’s a capability we’ve got. It may have a bigger life a little further down the line,” he told Eurogamer in an interview.

“It’s great we can do it. It doesn’t seem to be the most powerful USP at the moment, so you’ve seen us shift our effort onto fresh new exciting IP. I’m certainly really pleased to see the strength of that as we look into next year. We’ve seen a resurgence really with the strength of the output from the studio network.”

Do you agree with him? Let us know in the comments below.