Sony has just lied that they have no plans at all for a 3D PSP. Why they are lying, you might ask? Because they have been known to rip stuff off from popular and successful Nintendo consoles- yes, specefically Nintendo. PSOne wasn’t supposed to have any analog sticks and vibration, and PS3 wasn’t supposed to have motion controls- and guess what? They all freaking did.

According to us, if the 3DS is successful, Sony will sure implement 3D and all the successful 3DS input methods in the PSP2, because they don’t want to lose out on another generation, and because they have no shame an honour. 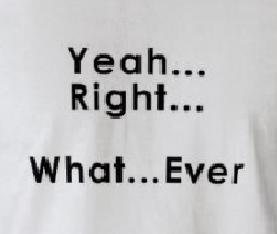 “No, no plans for that,” says SCE Worldwide Studios VP Scott Rohde. “We just chose to focus on the big 3D in the home. Again as you pointed out, as a larger corporate initiative, it’s important to us to push that out there and be on the bleeding edge of it. That’s the focus…”

Yeah, sure, Sony, we believe you… just the way we believed you when you said you do not like motion controls and won’t implement them in the PS3.

What do you think, beloved readers? Tell us in the comments!