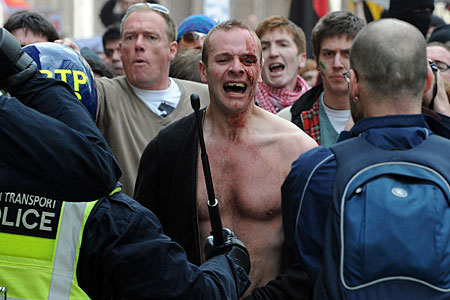 A mugged boy, named Ashraf Haziq was mugged during the London riots. Items stolen were a PSP and some other stuff. In a site set up by people who were disgusted with the incident and wanted to help Haziq, was a post by SCEE marketing director Alan Duncan, who offered to replace the PSP for free, “If we can find out how to get it to him we’ll replace the PSP.”

The Malaysian student was injured and could barely stand as seen in the video posted below. What do you think of Sony’s gesture, especially after their DADC facility was torched ablaze in the riots? Please tell us in the comments section below.