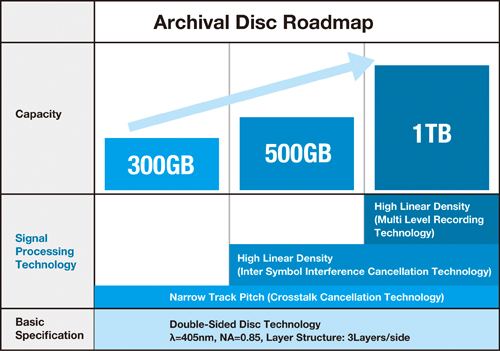 Sony has announced the development of next generation Blu-ray discs which will offer memory space of upto 300 GB initially, and as much as 500 GB and 1 TB with future iterations of the technology. Blu-ray discs currently offer 30 GB of free space.

“Recognizing that optical discs will need to accommodate much larger volumes of storage going forward,” Sony wrote on their official website, “particularly given the anticipated future growth in the archive market, Sony and Panasonic have been engaged in the joint development of a standard for professional-use next-generation optical discs.”

The new Archival Disc logo will be used on the new Blu-ray discs once they’re in the market officially.

We don’t have additional information on this yet, but we’ll keep you updated once we do.