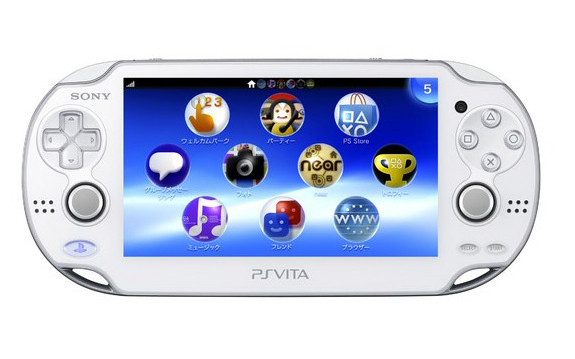 “Three months, forty titles in. I think it’s a fantastic machine. Of course we’d like to sell more of them, and we have key plans to do that,” said Sony’s VP of Product Development and Worldwide Studios, Scott Rohde. When it was pointed out that Vita sales so far had been nothing to write home about, he had this to say:

“We’re building a lot of additional titles internally. A lot of good third-party support, you saw that announced at our press conference. So, we think that it’s certainly on the rise. Still doing well. Would we like it to do better? Of course. And we’re doing everything we can in terms of providing great new content -sixty titles next year- to insure that that will happen.”

“You know that Sly will also have a PlayStation Vita presence. Some things that we’re not announcing yet. You saw LittleBigPlanet Vita … if I can sit here and say you’ve got PlayStation All-Stars, you’ve got Sly, you’ve got Assassin’s, you’ve got Call of Duty, and you’ve got LittleBigPlanet- that’s a pretty nice set to build a foundation on,” Rohde added. “And there are a lot of other bigger and smaller things that we just haven’t announced yet,” he said, when he was asked about the conspicuous lack of any Vita games and announcements at Sony’s E3 presser earlier this year.

Rohde is proud of the Vita, apparently, as he maintains that the system itself is perfect, and he wouldn’t change anything about it. However, he does believe that Sony probably bothced the Vita launch, and that they should probably have spaced out the front loaded launch lineup a little. “If I could go back in time, maybe I would’ve spread out some of the software releases a little bit,” he said.

I’m not sure if that would have solved all of the Vita’s problems, but it’s a start.