Posted By Kartik Mudgal | On 19th, Jul. 2012 Under News | Follow This Author @KartikMdgl 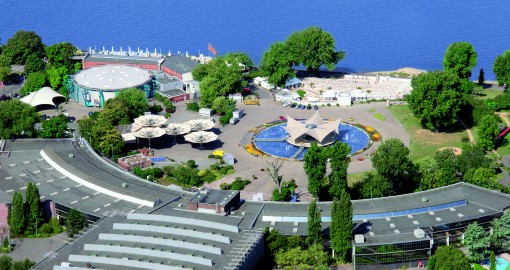 Sony has announced its GamesCom conference date and expect major announcements from them soon, most notably, the PS3 super slim, and a lot of things for the Vita.

The conference will be held on August 14th at 7PM, which means 2PM in India and 6PM in the UK. The venue is Staatenhaus am Rheinpark in Cologne, which looks pretty epic as you can see in the image above.

PS3 slim was also announced at GamesCom, so this is a pretty great event for Sony when you take into account of big announcements. In case you don’t know, PS3 super slim which was leaked earlier could be unveiled this year at the event, which supposedly includes a 16GB flash memory.

We will keep you updated once we receive more information on the event. Leaks should be happening any time now!