Us members of the press have a real fetish for summarising things. Check out the inordinate amount of top ten lists and review round ups that grace every gaming web site around, (ours included) and you’ll have the proof you need of this fact. It’s with that in mind that we saw fit to summarise the contributions Sony has made to gaming over the course of 2011. Some may call it cheap journalism but, for those who want a better alternative to Wikipedia, here’s a brief summary of Sony’s gaming highlights from the past twelve months. 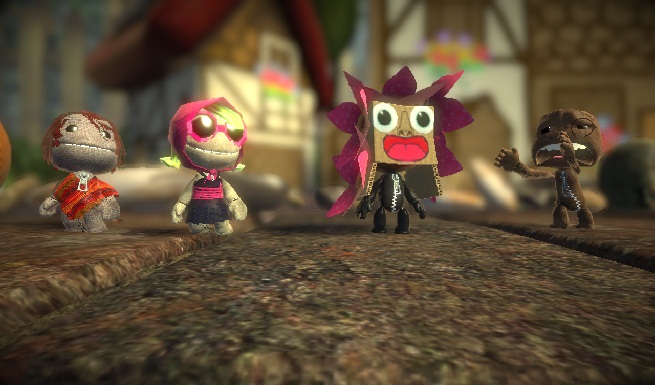 If you weren’t a fan of LittleBigPlanet 2, it’s likely you don’t have a soul

The early months of the year are often a harsh time to be a member of the gaming public, with most of the hit titles you were looking forward to having been forced out in time for Holidays. Indeed, every January seems like a veritable drought of gaming, but Sony started the year off well with some of their strongest exclusives yet. LittleBigPlanet 2 made waves when it launched in January and Killzone 3 also started the year off with a bang as one of the first major hardcore titles on PS3 to support stereoscopic 3D and Move compatibility. Other strong exclusives kept the PS3 ever present throughout the year, with the likes of InFamous 2, Yakuza 4, Socom 4 and Uncharted 3 making sure that Sony kept up the pace.

On the game front, we also began to see the increasingly popular trend of HD remakes take center stage on PS3. Though they weren’t all platform exclusives, franchises such as Prince of Persia, Tomb Raider, the Team Ico titles and Silent Hill all got HD remakes over the course of 2011. With Metal Gear Solid and Zone of the Enders remakes set for 2012, it seems like this is a trend that Sony have managed to successfully instil in gaming culture, regardless of the criticisms it may have endured. 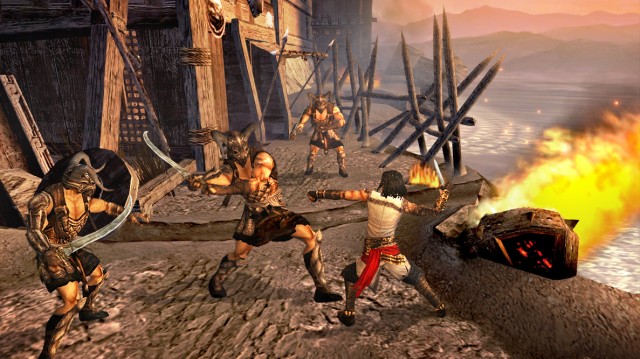 The HD remake phase is justified, if only by the Prince

Not content with releasing a crap-load of quality titles in 2011, Sony also made some serious headway in the hardware department. Late January saw the initial discussions and unveiling of what was then called the NGP, or next generation portable. Announcements of hardware specifics, features and games have been rolling in ever since then and, following the unveiling of the real name of PS Vita at E3, the 3DS will soon be getting a worthy rival in the next generation handheld gaming market.

Though Sony have had a fair amount of entirely new hardware and software to delight us with, much of this year seems to have been committed to solidifying some of the more daring innovations that Sony unleashed upon us in 2010. The release of the Playstation Move motion controller at the end of last year received some criticism for not having any titles that appealed to the hardcore gamer, a sleight that Sony have destroyed with their incorporation of the controller into core titles like Socom 4 and Killzone 3. It’s worked well so far in establishing Sony’s competent new peripheral in more homes than ever. Likewise, the controversial monthly Playstation Plus subscriptions that offers users cheaper content and first access to premium downloads has been proving wildly successful as it gains more followers every month. 3D gaming has also been a major Sony initiative and, as the only home console to really go for the 3DTV owning market, some of Sony’s recent exclusive have all bolstered impressive stereoscopic 3D modes. 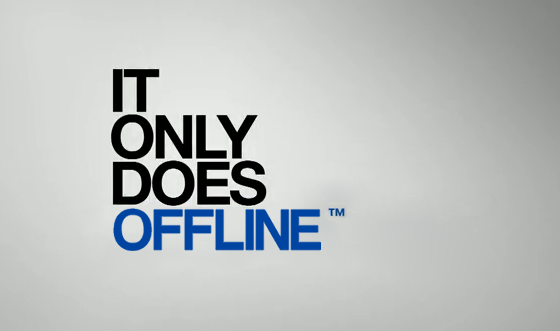 It hasn’t all been fun and games though (no pun intended). On April 20th the Playstation Network saw the start of an incredibly lengthy downtime following an “external intrusion.” All services provided on the PSN such as gaming, film and music streaming and DLC licensing ground to a halt as a result and weren’t restored completely until June. The biggest issue came when a week after Sony admitted to the breach of the network, it came to light that consumer credit card details may have been lifted. Sony certainly tried their best to make amends by offering free content to those affected and giving out advice on how to deal with credit card fraud, but the damage had already been done.

Sony haven’t been able to have a perfect run this year, but they have had a more varied impact on the industry than their competitors. Whilst Nintendo’s new hardware releases and announcements have stirred up some excitement and Microsoft have solidified their fan base with new Xbox Live and Kinect functionality, Sony is the only player of the big three to be doing both. The Playstation brand just keeps getting better, and this year helped improve its reputation further, whilst also adding the exciting new Playstation Vita to the family. Let’s just hope Sony are able to keep this momentum up throughout 2012.