Developer Exbleative's space odyssey Exo One will be arriving on PS4 and PS5 sometime in Summer 2022. 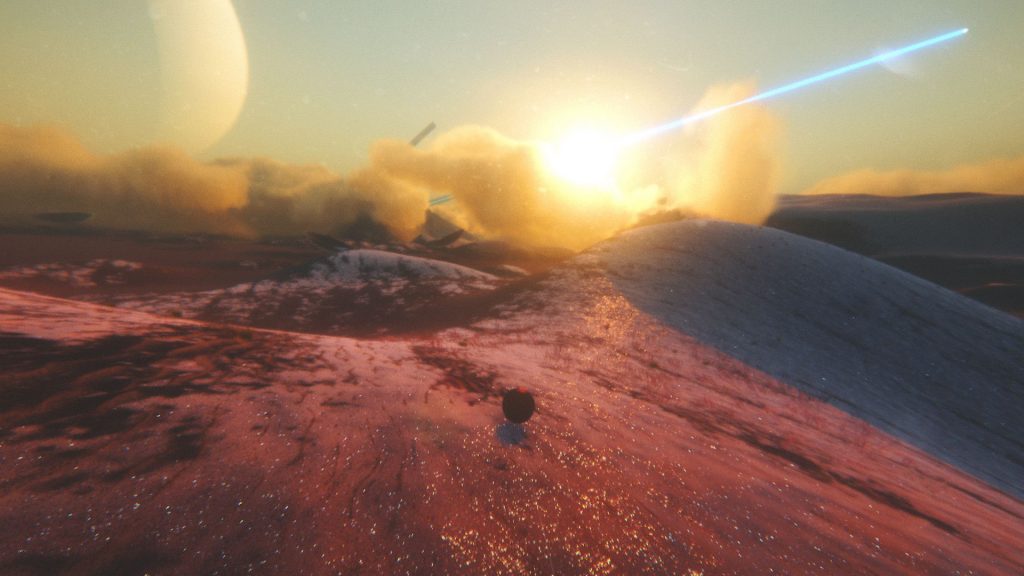 Developer Exbleative’s Exo One is a beautiful space odyssey that was released last year on PC and Xbox consoles to great reviews. Following the breakout success on those platforms, the developer has now announced that the game would also be coming to PlayStation platforms. Check out the announcement trailer down below.

The majority of Exo One‘s gameplay revolves around the player just roaming the picturesque landscapes and building momentum as you embark on a quest through space and time. Much like its obvious inspirations such as Journey, Exo One pays a ton of attention to its art style and music – all of which culminate to create a distinct and eerie vibe for the experience.

The PS4 and PS5 versions of the game will also be co-published by All In! Games. It’s currently slated for a 2022 release date, and more specifics on the exact date will be popping up soon. Until then, stay tuned for all updates.