Keen Software House talks about its voxel-based sandbox releasing on Xbox One.

Voxel-based sandbox title Space Engineers from Keen Software House has been making waves in its own way on Steam for years now, allowing them to expand into space with ships, space stations and much more. This is despite the game still being in development, having grown from an alpha stage to selling one million units on the PC. Several community mods later, Space Engineers is readying for release on the Xbox One. GamingBolt was fortunate enough to chat with the developer about the upcoming Xbox One release and how Space Engineers will distinguish itself from other games on the market. 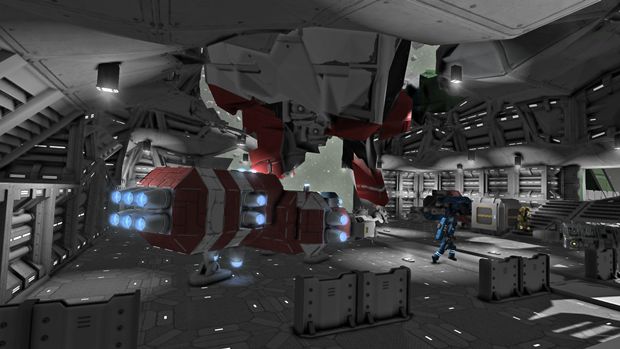 "The support from the fans has been amazing, and we are constantly surprised and blown away by the creations and the things modders put out there."

Space Engineers has been around for quite a while, from its early access release to community modding and now plans for an Xbox One release. How has the journey been thus far?

Lots of things have happened since the Early Access launch in October 2013. We outgrew two offices, the team tripled in size, wereleased Medieval Engineers, sold more than 1,6 million copies of Space Engineers, and we celebrated our second birthday with the release of one of the most requested community features yet, the planets. So far, we’ve had a great run and the future looks bright.

What changes has Space Engineers gone through in the past two years? How has community feedback helped shape the current vision for the product and where do you see the game going in the next few years?

In Keen Software House we always put community in first place. The support from the fans has been amazing, and we are constantly surprised and blown away by the creations and the things modders put out there – not to mention the daily help that many of our players provide by reporting bugs that they find in the game. There are also features and content implemented into the game after feedback or demand, such as the recently added Planets. Even some of our colleagues have come to us directly from the community. We tend not to disclose our future plans so we can surprise our fans and players with new features and content, but you will hear about some of the upcoming updates early next year as we enter the third year of development for Space Engineers.

We’ve seen a ton of different sandbox games in the past few years, especially those that use voxels. How has the VRAGE 2.0 engine facilitated the usage of voxels, especially when it comes to maintaining Space Engineers in the long run?

Our voxel technology has been the backbone of our proprietary VRAGE engine since the beginning and we are still improving its quality and optimizing the speed of algorithms. We switched from Marching cubes to dual contouring, made voxel calculation parallel, and finally we can now support huge voxel volumes like Planets. 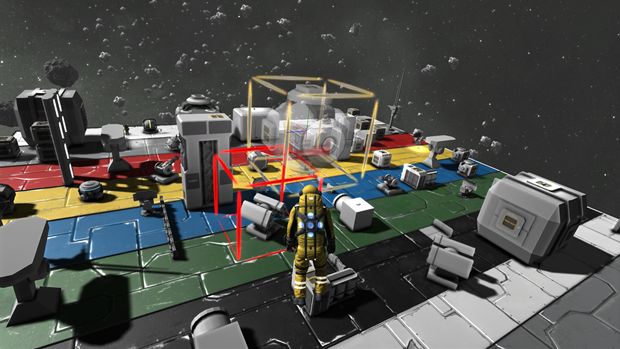 "We are aiming for the best visual fidelity and performance but at this point it is really hard to make any promises [for Xbox One]."

Space Engineers recently introduced Planets for players to explore with three planets currently available. What are your plans for future Planets and how do you go about designing each of them? What factors do you have to keep in mind?

The amount of feedback after the release of Planets was overwhelming, and the next day someone spawned two planets side by side. We encourage creators to push the boundaries of what is possible to create in our game with our technology, and we are planning to support them with the release of “how to” guides that will help them modify the current planets and moons or create completely new ones quickly and easily.

In our last interview we asked you about the resolution and the frame rate that the game will run on the Xbox One. Is the game finally going to run at 1080p and 60fps?

It is too soon to talk about the final specification for the Xbox One build since it is still in development. We are aiming for the best visual fidelity and performance but at this point it is really hard to make any promises.

What are your thoughts on the console’s improvements in the past two years, especially with regards to the SDK’s increased power? Have these helped to benefit the development of Space Engineers in any way?

The current console hardware and SDK helps us create a Space Engineers Xbox One version the way we intended and we would like players to experience. 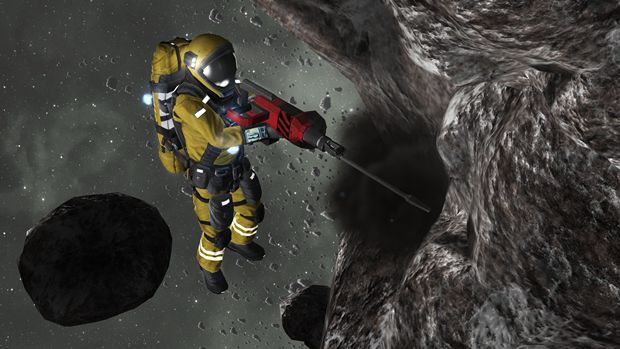 "Since the beginning, Microsoft has been very supportive. We have received all the necessary support we need, and we maintaina close relationship with them."

Will Xbox One users receive all the existing updates as PC users? Also, how will you handle support across both platforms? Will there be simultaneous updating done?

Our aim is to support Space Engineers on Xbox One post release with regular content and feature updates. We want to offer Xbox One players the same treatment, tools and features that the PC players are getting.

With the support that Microsoft has been receiving for its ID@Xbox campaign, what has it been like for Keen Software House? How has Microsoft helped to facilitate the launch of Space Engineers on Xbox One?

Since the beginning, Microsoft has been very supportive. We have received all the necessary support we need, and we maintaina close relationship with them.

When can we expect the full release of Space Engineers on Xbox One, especially since it’s already been a year since the initial announcement?

We have a mantra in Keen Software House that we don’t disclose anything until we are 100% sure about it. Hopefully in the coming months we will be ready to talk more about the Xbox One version of Space Engineers. Stay tuned!