Spelunky 2 Delayed, More Time Required Due to “Density and Detail” 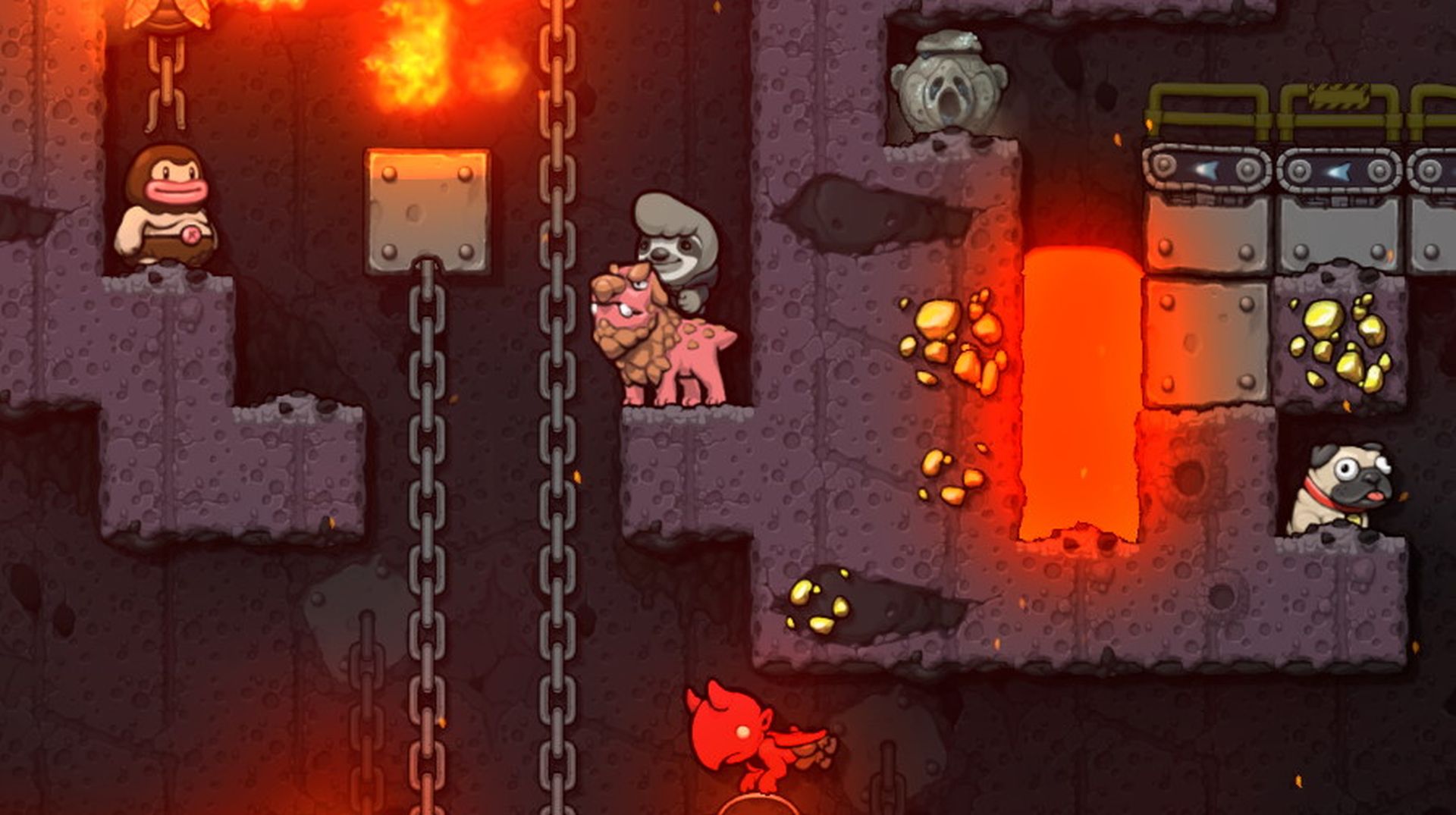 Mossmouth took us by surprise when it announced that Spelunky 2, a sequel to the acclaimed rogue-like platformer, was in development. That was in 2017 during Paris Games Week and though the title was planned to release this year, we’ll have to wait longer. According to founder Derek Yu on Twitter, “the density and detail of the game is demanding more time.” This means it won’t be releasing in 2019.

Development is progressing smoothly and Yu noted that “we’re not far off target”. He also apologized for the lack of communication, noting that the team was often working away. More update will be coming soon but the focus right now is on development.

Yu did note that environments will be receiving more detail and increased contrast to ensure current details pop more. Once a release date has been decided, the developer will “make sure everyone knows.” Yu closed by stating that the crazy things that were being added “makes me buzz with excitement.” Spelunky 2 is coming to PS4 and PC – check out some gameplay here and stay tuned for more details in the coming year.

Hey, Spelunky fans! Unfortunately, I don't think we're going to get to release Spelunky 2 this year. Development is still going well and we're not far off target, but the density and detail of the game is demanding more time.

Thank you for your patience. pic.twitter.com/BJvsHUWAY0

Also, apologies for the lack of updates! It can be tough balancing communication and dev time (and not spoiling too much). When things are quiet, we're just working away. 🙂

There will be more updates coming, but for now we're focusing on development!

Also, I took in the feedback about the environments from the trailer, and while I still love the overall style, we've been adding more detail, as well as increasing the contrast to make existing details pop (some were pretty subtle and compression wasn't friendly to them)! pic.twitter.com/kTaiflcSyf

As soon as we have a release date for #Spelunky2, we'll make sure everyone knows! We can't wait to show you more, although of course the best way is for you to experience it for yourself at launch. All the crazy stuff we're adding makes me buzz with excitement. 🙂