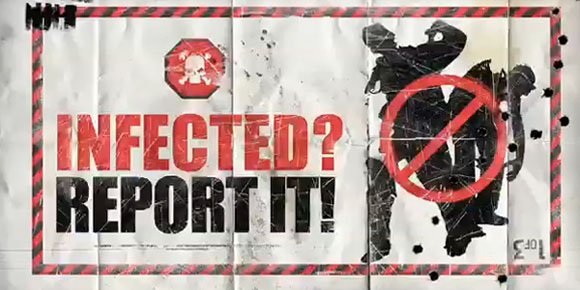 Spike Tv’s posted a new trailer promoting their upcoming VGA 2010 event and it has dropped another cryptic clue which might lead you to Left 4 Dead 3!

The trailer asks you to look closer and if you look close enough the above posted image can be seen.  Although, it might not be Left4Dead 3 but it’s definitely something related to  the series. Maybe a PS3 port or something.

However, the video says world premiere before the image is shown and it might very well prove to be a new Left4Dead game.

We will find out on Dec 11 when VGA takes place.