Splatoon 3 Guide – All Abilities, How to Upgrade Gear Star Power, and How to Earn Ability Chunks

Abilities can make the difference between victory and defeat. Check them out here, along with how to upgrade gear and get Ability Chunks. 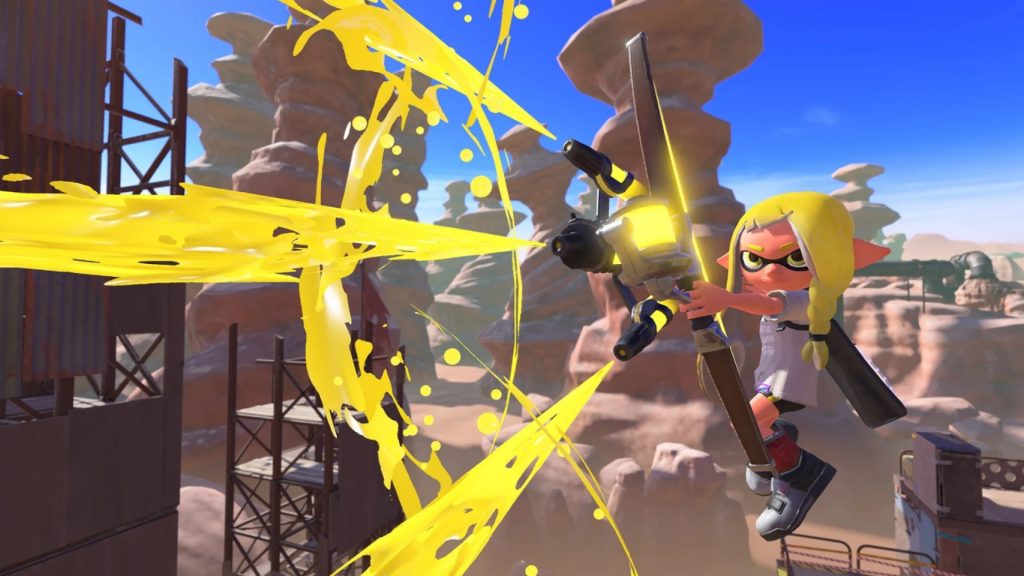 In Splatoon 3, Abilities are like perks. They can provide all sorts of passive benefits, whether doubling the effect of abilities on gear or increasing damage dealt to non-player enemies. Certain Brands favor different abilities, which makes them five times more likely to be assigned to a secondary Ability slot. When unfavored, the likelihood of an ability appearing is 0.5 times.

Let’s take a look at all of the different Abilities in-game:

In terms of the best Abilities, Ink Recovery Up, Ink Resistance Up, Swim Speed Up, Run Speed Up, and Ink Saver (Main) are top-tier. The rest largely depends on your play style. If Special weapons are your forte, then Special Charge Up and Special Power Up are pretty good. Comeback provides some decent utility, providing a brief advantage after respawning. Experiment and play around with different Abilities to find your preferred loadout.

How to Upgrade Gear Star Power

As you obtain different gear in Splatoon 3, you’ll find that each has unique passives that can suit different play styles. You’ll want to increase the gear’s Star Power since that unlocks more Ability slots.

To increase Star Power, collect Super Sea Snails and trade them to Murch. He’ll raise the Star Power of a gear piece in exchange. You can also search for a duplicate of the gear piece in a store, and trade your currently equipped one for it. It costs Gold, so be prepared.

After all Ability slots have been unlocked for a gear piece, you can raise the Star Power further to increase its XP gain. It’s not mandatory, especially if you’re low on Gold, so prioritize unlocking all Ability slots in gear beforehand. You gain Brand Badges for collecting 30 Stars and 100 Stars from a brand’s associated gear, but that’s for the long haul. If you’re keen on those Badges, purchase cheap gear with Stars attached.

How to Earn Ability Chunks

Ability Chunks are super-important, allowing one to select the different Abilities they want on their gear. You’ll receive Ability Chunks for completing matches in Turf War and Anarchy Battle. But there are other ways to earn them.

Head into Salmon Run and complete matches until you earn 1,200 points in the Bonus Meter. You’ll receive a gear piece, but upon replay, Ability Chunks are rewarded instead of a duplicate. While the Bonus Meter is at 1,200, you’ll only receive gear, which means lots of Ability Chunks. The meter resets every 40 hours so keep that in mind.

Splatfests are also a worthwhile activity. First, pick up the Splatfest Tee a week before the event. It has three sub Ability slots which can be removed for 20,000 Gold. Play some matches while wearing it, and you’ll receive Ability Chunks. You can also use an Ability Drink from the Shell-out Machine. When consumed, gear will have a higher chance to roll that Ability, but the drink’s effect lasts 20 matches. Once it gets the first Ability, scrub the Tee and keep playing.

You can also head to Murch, and he’ll remove any sub Abilities off of gear, providing an Ability Chunk for each at 20,000 Gold. Murch can also set Abilities on your gear – 45 Ability Chunks for the primary Ability, and then 10 for the first sub Ability. Having multiple copies of the same Ability on one gear piece will cost 20 for two, and 30 for the third.

Splatoon 3 is out now for Nintendo Switch. Check out our review here for more details.