Splatoon 3 Guide – All Bosses and How to Defeat Them

Return of the Mammalians has a handful of boss fights that can be fairly challenging. Here's how to easily beat them all. 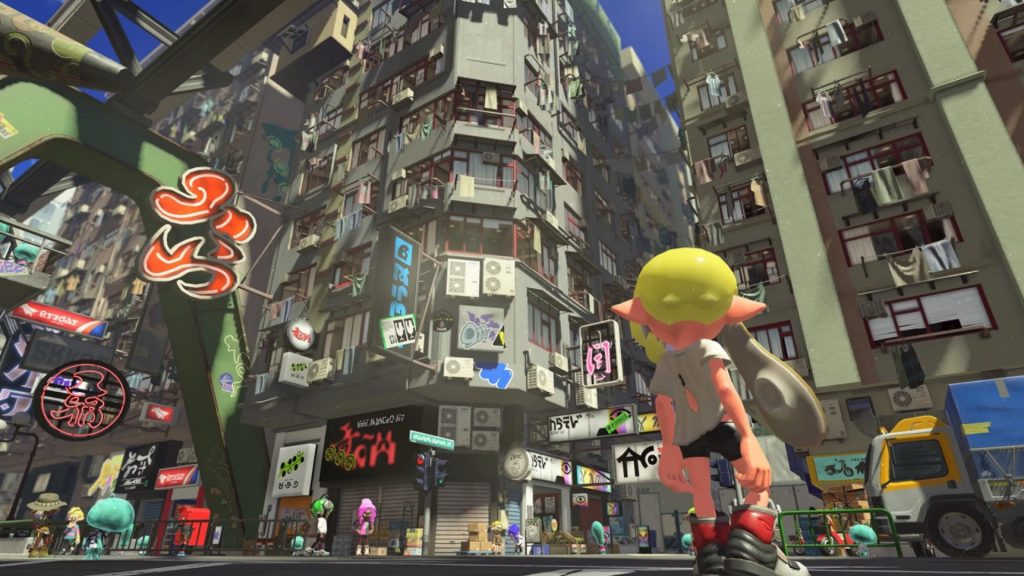 Splatoon 3’s single-player campaign, Return of the Mammalians, is a pretty good entry point for new fans while expanding on the series’ lore. Just like in the previous games, there are some bosses to battle. Here’s how to take all of them on and emerge victorious.

First up is DJ Octavio, who attacks with flying fists. The key is to shoot ink at the fists to send them back at him. Shoot the fists as they become stuck in the ground. Once you’ve done this a few times, Octavio will tumble out, and you can land a few attacks on him. Be careful when he starts sucking up ink and avoid the explosives he throws.

Eventually, Octavio will generate shockwaves each time his fists hit the ground. Jump over these, continue inking them, and keep sending his attacks back to defeat him.

Next is Frye, one part of Deep Cut, the new trio that hosts Splatfest. She’s on top of a giant cube which spins as she unleashes eels at the player. In the first phase, the eels will spit projectiles at you. Shoot them with ink to cause them to attack Frye. Once the cube stops spinning, ink the flat side and travel up to attack her.

Once this is done, the second phase immediately starts. The cube will spin but also move towards you, with the eels spinning around it. Repeat the same process as before. The third phase is pretty much the same, except the eels will now travel in a giant mass towards you. Repeat the same strategy and you should be victorious.

Shiver is the next boss and also a member of Deep Cut. Like Frye, she’s accompanied by a giant megalodon shark named Master Mega. The duo will swim around the platform, unleashing vertical ink slices. Keep inking the shark and avoid its attack when it emerges from below. Once it jumps onto the platform with its mouth open, throw something inside to stun it. Ink it up good to have it toss Shiver off, then damage her to move to the next phase.

The next phase sees Master Mega gaining some thrusters. While the duo will circle the platform like before, they’ll generate a giant cyclone of ink and fire a heavy line of ink. After the attack is over, Master Mega’s mouth will be open. Follow the same process as before to stun it, ink it, and then attack Shiver once she’s been thrown off.

Phase 3 sees Shiver and Master Mega attacking quicker than before, but the same process applies as phase 2, though it may take one more cycle to ink up and defeat the shark. Damage Shiver one last time, and you’re done.

The fourth boss is Big Man, the third member of Deep Cut who is a manta ray. The fight starts with Big Man diving into the floor and swimming around slowly. Only his shadow is visible, but after shooting it, it’ll split. Shoot each one until the real one is located. The second phase is the same, with Big Man making an even bigger shadow than before and splitting into more copies. Shoot them again until you find the real one but be careful. Big Man can attack with a charging wave. It moves fairly slow at first, so there’s enough time to dodge.

The third phase is tougher as various platforms are raised, and Big Man’s shadows can turn invisible temporarily. Keep an eye out on the trail they leave to find them. At times, homing missiles will emerge from his shadows, so shoot those before they hit. Keep this up until Big Man is finally down for the count.

The final boss is Mr Grizz, who is actually a bear. Upon starting the fight, he’ll throw various projectiles which cover the area in Fuzzy Ooze. There are various Golden Eggs – collect these as you move closer to the boss. Look for the glowing oozy spots on his body and shoot them, then throw Smallfry at them. Be careful when getting too close since Mr Grizz can slam both of its arms down.

Upon damaging a spot, Mr Grizz will submerge into the ground and retreat. Repeat the same process as before, moving up the area while avoiding his projectiles. Attack another weak spot, and Mr Grizz will retreat again. This time, the area is more perilous to move around, so watch your footing. When getting close, Mr Grizz will suddenly sit down. Be careful – he’ll fire a beam attack that covers a wide area. Target his third weak spot, send in Smallfry, and it’s on to the next phase.

This part of the fight sees the player on the Octobot King, steering it to suck up the Fuzzballs on Mr Grizz’s body. Various enemies will appear on the hull, so exit and splat them. Upon sucking up one Fuzzball, you’ll need to avoid fake Fuzzballs to get to the second. The third spot is much the same as the first two, but with more fake Fuzzballs floating about. Take out the enemies on the hull once again and suck up the third Fuzzball. Repeat the same steps, avoiding the fake Fuzzballs.

To check out all the boss fights for yourself, watch the video below by Boss Fight Database. For more details on Splatoon 3, check out our review here.