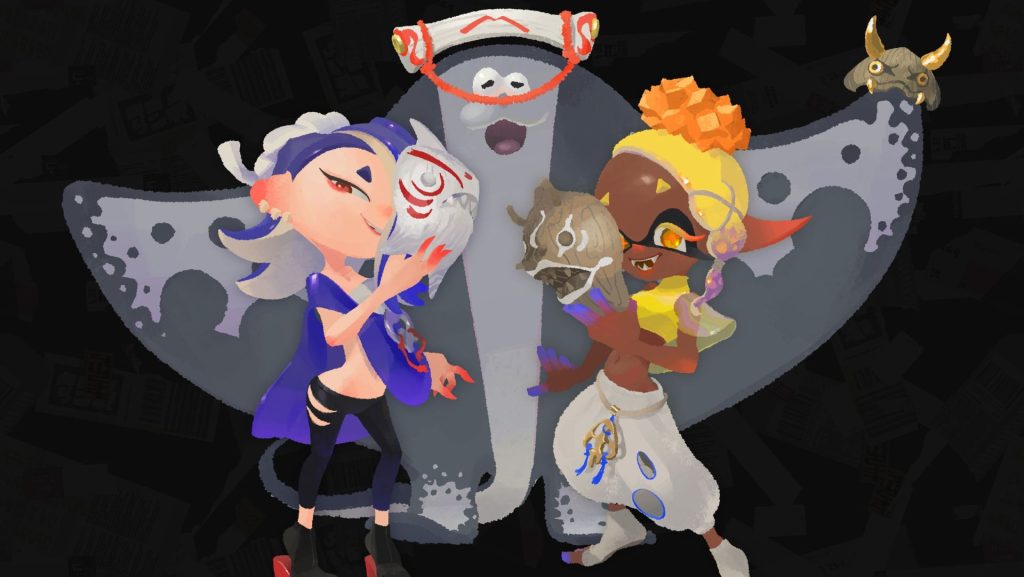 Closing out the Splatoon 3 Direct, Nintendo offered new gameplay of “Return of the Mammalians,” the game’s story campaign. Several stages with different kinds of movement and puzzle-solving are showcased, and it’s a good way to become familiar with the game’s mechanics. It also serves as the epic finale of the saga.

Other features include posting illustrations with the Mailbox (with vertical illustrations now supported), Photo Mode with selfie features, and Recon Mode to explore stages alone. Crab-n-Go allows for eating meals for boosts in battle. SplatNet 3 is also accessible via the Nintendo Switch Online app for checking battle stats and ordering special gear not sold in shops. You can also view history to check past ranks and access special wallpapers.

It wouldn’t be a Nintendo Switch game without amiibo support and players can scan amiibo from the series to receive special gear. Three special Splatoon amiibo are also coming this Holiday season.

In terms of post-launch updates, new stages and catalogues are coming in post-launch updates. New weapons are also being added every three months while X Battle and League Battle are also coming in future updates. Large-scale paid DLC has also been confirmed, which could be similar to Splatoon 2’s Octo Expansion.

A new group has also been revealed – Deep Cut, consisting of Fyre, Shiver and Big Man. They host Anarchy Splatcast news programs and news bulletins. Check out their debut song below.

Splatfest also returns with players picking a team based on the themes offered and battling it out. There are three teams to choose from. Teams compete in 4v4 in the first half of a match and then a tricolor Turf War for the second half. The leading team in the second half has four members while the other two teams have two members each.

Splatoon 3 is out on September 9th for Nintendo Switch. For more details on its shops, loadouts, weapons, and more, head here.