The newest Special Weapon to grace Turf War can also boost allies' movement speed and serves as an impromptu shield from damage. 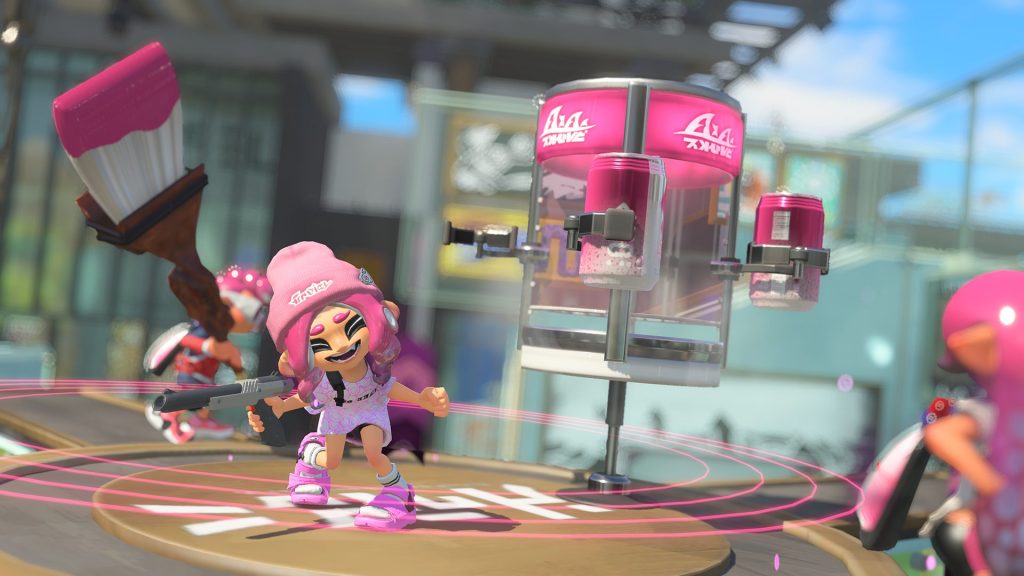 During last week’s Splatoon 3 Direct, Nintendo unveiled several new weapons and how they would work. The Tacticooler is one of the new Special Weapons, dispensing drinks that provide a temporary speed boost for one’s team. In recent tweets, the development team revealed some interesting new details.

For instance, along with increasing one’s movement speed for a short time, teammates under the effects of the drinks will respawn faster after being splatted. On top of this, the cooler itself can shield you from damage. So whether placed near spawn for quickly buffing allies heading into battle or in the middle of combat as cover, the Tacticooler has many uses.

Splatoon 3 is out on September 9th for Nintendo Switch with a demo going live on August 18th. Some parts of the demo will be playable, but the main appeal is the pre-release Splatfest on August 27th. It allows players to choose from one of three sides – Rock, Paper or Scissors – and battle it out in a tricolor Turf War.

Tacticooler catch your eye in the Splatoon 3 Direct? Thirsty for info? SRL here with a sip of knowledge! While we can’t confirm any flavors, we can confirm that these drinks will put pep in your step. And if you're splatted while the boost is in effect, you'll respawn faster! pic.twitter.com/xHzEVJasgP

You know, it’ll be easier to just share this footage we've obtained of a Tacticooler in action. Notice how it appears to function as an ad hoc shield! So rather than place the Tacticooler near a shady spot with a view, you might consider a strategic spot to launch your attack. pic.twitter.com/j8fXqV4iee