Ubisoft attempts to one-up all collector’s editions to release this year. 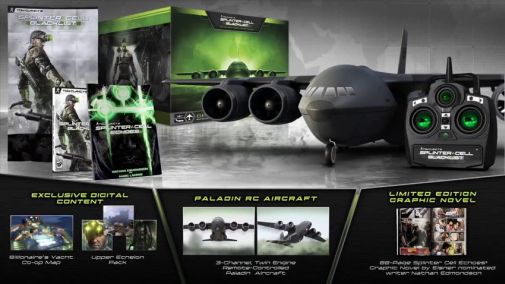 No, that would be the 3-channel, twin engine, remote controlled Paladin that comes with the game. We repeat: This collector’s edition features a friggin’ military level airplane that actually flies. Of course, this is what Sam Fisher and Co. use as their base of operations so it has some tie-in to the game. But seriously, dear lord.

The Paladin Collector’s Edition will be available for Xbox 360 and PlayStation 3 on August 20th in North America and Latin America only. It will be priced at an exotic $169.99.