Splitgate studio 1047 games revealed in a recent Twitch livestream the possibilities of a Switch and mobile release for the game. 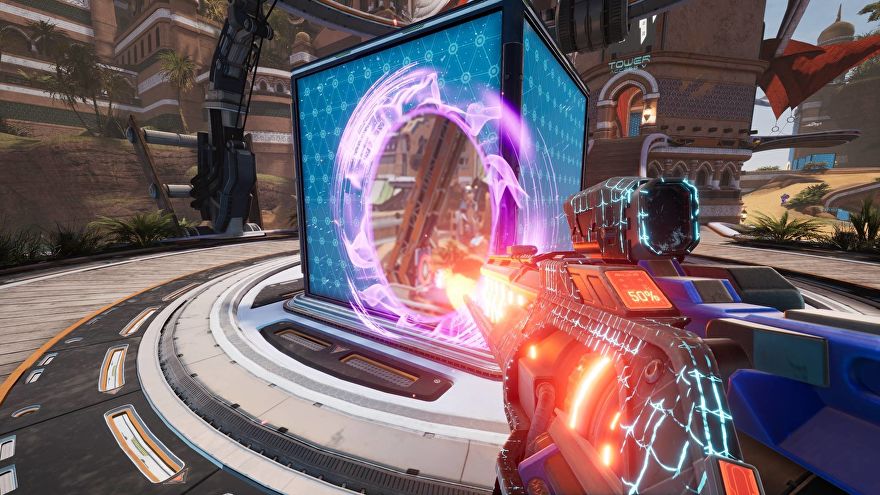 Splitgate developer 1047 Games recently revealed many of its future plans for the game in a recent livestream. The studio aims to bring as many player togethers on as many platforms as it can, which isn’t surprising considering that Splitgate is free-to-play.

The growing popularity of the game has caused queue times to be exorbitant, which is a constant cause of concern for the team. Instead of focusing on the PS5 and Xbox Series X/S versions of the game, 1047 games is constantly working on improving its network infrastructure. Furthermore, the team also aims to bring cross-progression and cross-platform play in the future – which is undoubtedly going to be a daunting task given the legalities involved in the process.

“We intended to have the PS5 and Xbox Series X/S versions out already. It’s just been a matter of having to 110% focus on servers as much as possible.”

Splitgate is a fun mix of Halo-style gunplay and Portal‘s innovative mechanics. It’s available for free across PC, PS4, and Xbox One platforms. Next-gen console owners can also enjoy the game in backwards compatibility, of course.