Posted By Rashid Sayed | On 01st, Mar. 2010 Under News | Follow This Author @GamingBoltTweet

According to an interview with Split/Second’s developer, the game is much more closer to the likes of Uncharted 2: Among Thieves and Modern Warfare 2. Producer Jason Ried said: “It’s a tough one. [Activision’s] Blur is obviously competition – it’s racing and it’s doing things slightly different as well. But we almost feel we’re closer to Call of Duty or Uncharted in what we do than other racing games.” 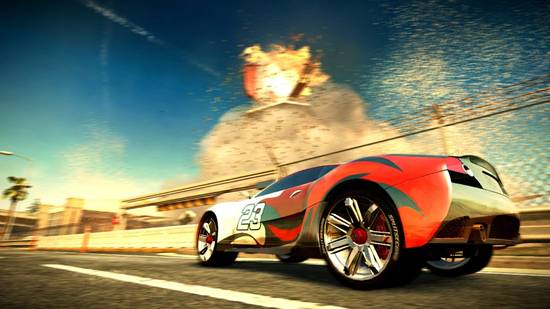 “Animation-wise, Split/Second is the most ambitious thing that’s ever been done in a racing game. So that is where we come down to the Call of Duty: Modern Warfare 2, Uncharted 2 comparison – because of these huge set pieces.”