Spore Designer: Play at Each Stage Was Shallow, “Team Was Making Five Games at Once” 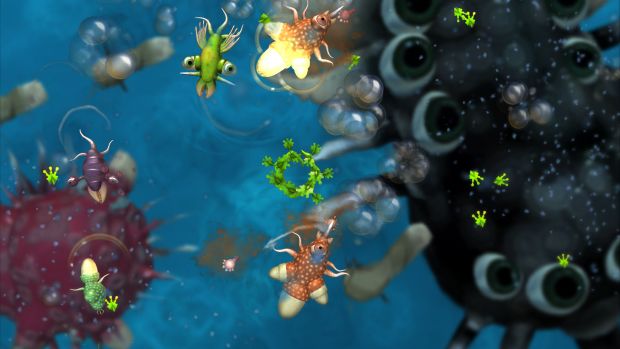 It’s the fifth year of Spore, Will Wright’s last big game for Maxis, and what better way to celebrate then through a post mortem of the game by designer Soren Johnson? Writing on his blog, Johnson took the time to explain what went wrong with the game, which was that the team was trying to create five distinct play phases for Spore and in essence, were working on five games at once.

“Spore’s biggest issues was that the play at each stage was fairly shallow because the team was making five games at once. (At one point, Will described each of the game’s five stages as light versions of classics – cell is like Pac-Man, creature is Diablo, tribe is Populous, civilization is Civilization, and space is Masters of Orion.) However, making five different games at once is a bad idea; making one good game is usually hard enough.

“Each of the five stages had different controls, different interfaces, different nouns, different verbs, different goals, and so on. Some effort was made, of course, to share ideas and elements across stages; however, the compromises involved often watered down what was supposed to make each stage distinct in the first place.

“For example, each stage required a friendly means of engaging with other entities; in the creature stage, this mechanic became dancing for other creatures to make friends while, in the civilization stage, this mechanic translated into attacking other cities with music instead of bullets.

“Neither mechanic was the best idea for its own individual stage, and the justification was high-level consistency. Thus, the powers of ten idea put the team in a state of perpetual compromise where every major decision had to be considered according to its effect across all five stages.”

Spore was more remembered for the controversial DRM it introduced that landed publisher EA in plenty of hot water, and till this day, it’s not quite the classic it could’ve been. What are your thoughts on the game? Do you have fond memories of Spore? Let us know in the comments below.