SSX Needs To Make A Comeback

If you’ve followed Electronic Arts over the years – or decades, even – you’ll know that the company has a treasure trove of IPs. Skate, Command and Conquer, Need for Speed, Mercenaries – the list goes on and on. The company’s output in the 90s and 2000s was staggering, publishing its own homegrown and third-party titles. Of course, many are also aware of how the company treated many of its own developers. Westwood Studios went from being a powerhouse in real-time strategy titles to “not meeting expectations” and being consolidated into EA’s LA studio.

In more recent years, the publisher has devoted itself to its yearly sports sequels. Multiplayer shooters are still a prime directive, as indicated by the Star Wars Battlefront and Battlefield series, but we began to see more different titles like A Way Out, Unravel, Fe and Sea of Solitude. The company’s reputation has still been questionable, as indicated by its loot box and live service debacles. And yet, there are positive strides being made to bring back franchises like Command and Conquer, as seen with the Remastered edition, and Skate, with Skate 4 currently being in early development.

It’s strange though – of the many IPs that EA has shelved for not being successful, SSX remains an exception. Developed by EA Canada, the first SSX released in 2000 for the PlayStation 2, having originally been planned for the Sega Dreamcast. Though snowboarding games weren’t necessarily new, none had gone quite as bombastic as SSX. With boarder-cross creator Steve Rechtschaffner serving as its executive producer and creative leader, SSX was a revolution in terms of high-speed snowboarding.

The main emphasis was on tricks and filling up the boost meter to go even faster during a race. Many of the tricks were ridiculous, feeding into the game’s arcade-like design, but it’s overall style and visual design were fantastic. It also introduced an ingenuous way for players to actually care about their performance with the music becoming louder and more pronounced as one excelled. SSX would become an overwhelming critical and commercial success, touted as one of, if not the best, PlayStation 2 at the time.

It was followed by SSX Tricky. Whether considered as an enhanced version or a clear sequel, most agreed that it was still a great game. Performing tricks for boost was still a core mechanic, but if the boost bar filled completely, then one could perform Uber moves to boost infinitely for a short time. If six Uber moves are performed and “TRICKY” is spelled, then you get infinite boost throughout the level. A new Rivalry system was also implemented – being friendly with other characters means they’re less likely to oppose you during races but act like a jerk and they’ll assault you. 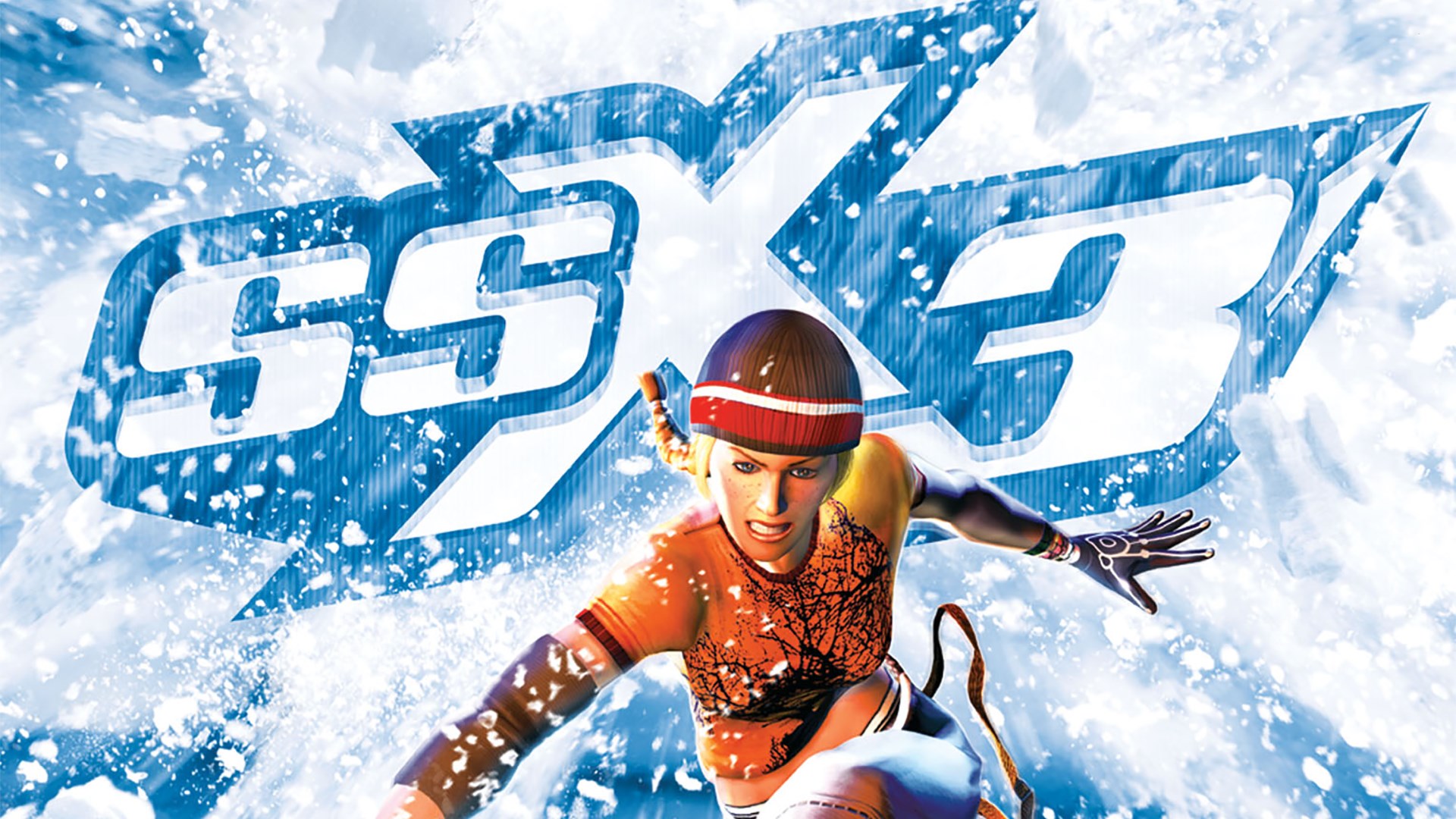 The soundtrack was also amazing thanks to the involvement of Mix Master Mike (who was also an unlockable character) and other artists. It continued to change according to one’s performance, with the complete song playing if you were doing well. SSX Tricky was another critical success and it was only a matter of time before SSX 3 came along just two years later. It saw the return of a boost meter (referred to as the adrenaline meter) and a soundtrack that adapted to one’s performance. Ubers would increase the meter level and unlock Super Ubers, further increasing the depth of the gameplay.

An expanded campaign saw players completing events and challenges in order to reach the next mountain peak. The PS2 version even had online multiplayer where two players could race against each other, and even rank up. Not only was SSX 3 a huge critical success but it sold one million copies – a first for the series, with total sales for all games reaching 3 million by July 2006.

Over the years, several things would change at EA. Rechtschaffner went on to become a chief creative officer at EA Canada and wouldn’t be involved in future titles.

SSX On Tour was released in 2005 and introduced custom characters. The Uber tricks became Monster Tricks and increasing one’s Hype to rise through the leaderboards was the main goal. The presentation went for a more sketchbook-like format and even the music saw some changes with more punk rock, rap and alternative songs. The music would also reduce in volume upon performing Monster Tricks in the air before cutting back in when the player hit the ground. Despite all of these changes, SSX On Tour still received positive reviews and even some awards. EA Montreal would handle SSX Blur, a 2007 Wii title that introduced motion controls with decent results, before EA Canada developed the reboot in 2012. 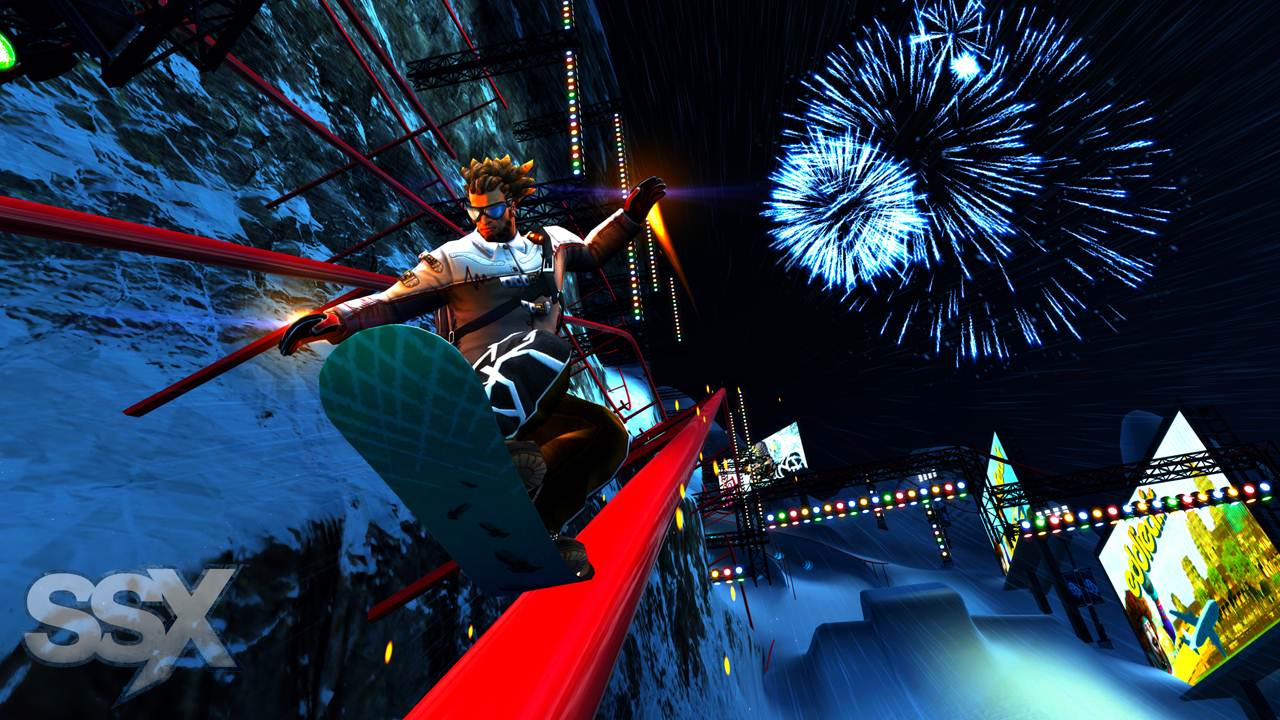 A new rewind feature, nine different mountains to descend down (with challenging Deadly Descents limiting how often you could rewind) and Explore Mode helped distinguish it from previous entries. For the most part, however, this was SSX Tricky’s gameplay for a new generation, right down to the return of “It’s Tricky.” There was also the new Harmony system which remixed songs on the fly. SSX reviewed favorably and despite all kinds of competition at launch, did well in sales, exceeding EA’s expectations.

However, EA Canada was changing. From six titles, including SSX, in 2012, it narrowed its focus to a select range of sports titles like FIFA and NHL. EA Sports UFC would also be included throughout the years. This could likely be attributed to their more “guaranteed” sales status, especially with the billions that FIFA generated in Ultimate Team microtransactions. Despite the majority of its resources going towards its prime money-makers, there are plenty of reasons for EA to bring back SSX.

First, the company has seemingly realized that leaning so heavily on live-service titles, especially following Anthem and Battlefield 5, isn’t the best move. There’s also Star Wars Jedi: Fallen Order which had over 10 million players within four months of its launch. Multiplayer isn’t a terrible move though – Star Wars: Squadrons proved that you could have a successful space dogfighting title with a campaign and multiplayer features that also receives updates without burying the player in microtransactions or live-service shenanigans. 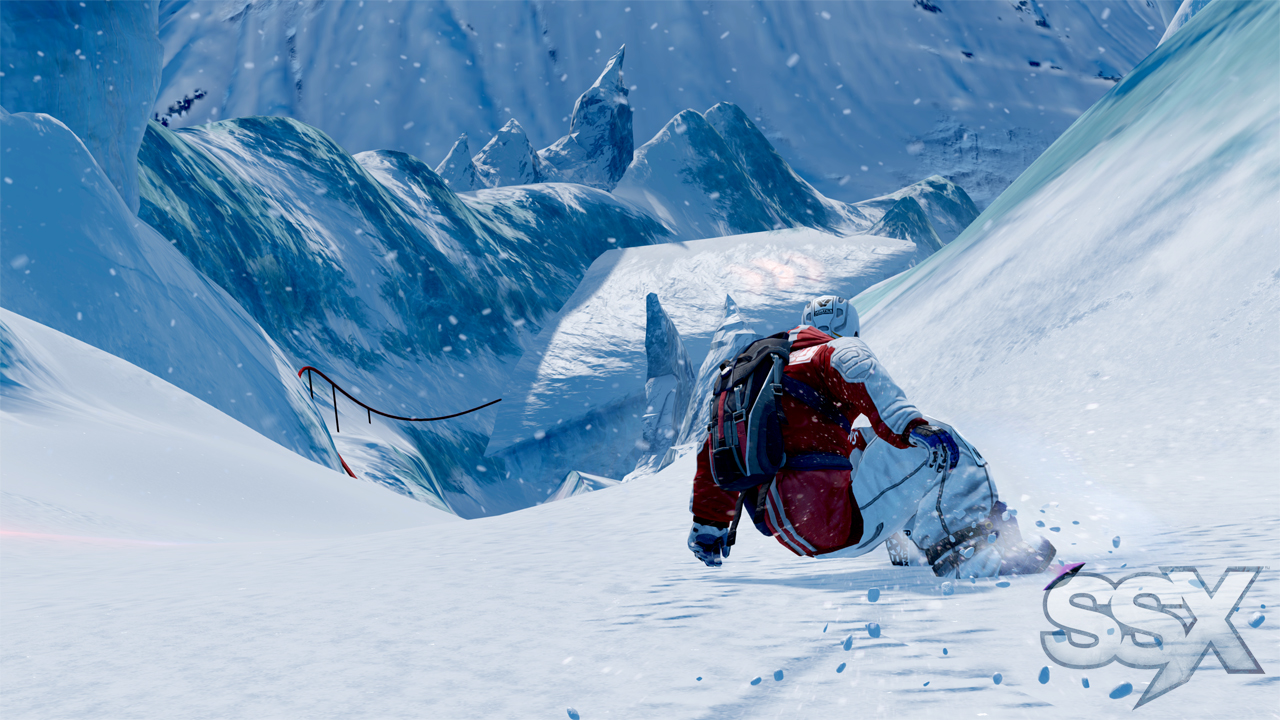 There’s also another successful revival to draw on – Tony Hawk’s Pro Skater 1 + 2, which reviewed positively and sold well. And this is coming off of the reviled Tony Hawk’s Pro Skater 5 which many felt to be the death knell of the franchise. With Vicarious Visions now part of Blizzard Entertainment and working on Diablo 2: Resurrected, the way is clear for EA to capitalize on a market that clearly favors remakes of beloved properties. Even if it didn’t go the sequel route, remakes of SSX 1, Tricky and SSX 3 in one package would be the dream.

There’s hope that EA could revive SSX, that too without dipping fully into the open world, seasonal model with microtransactions like Ubisoft’s Steep. If there’s one thing the publisher could learn from Activision’s handling of classic franchises, it’s to give the people what they want (and this is Activision we’re talking about). Don’t overthink it, tap the people who would best fit – like Steve Rechtschaffner who founded his own studio, SuperNatural Games – and bring it back. There may not be a huge petition or countless memes like with Skate 4 but if there’s one classic franchise that’s a great fit for EA’s portfolio and a proven success, it’s SSX.