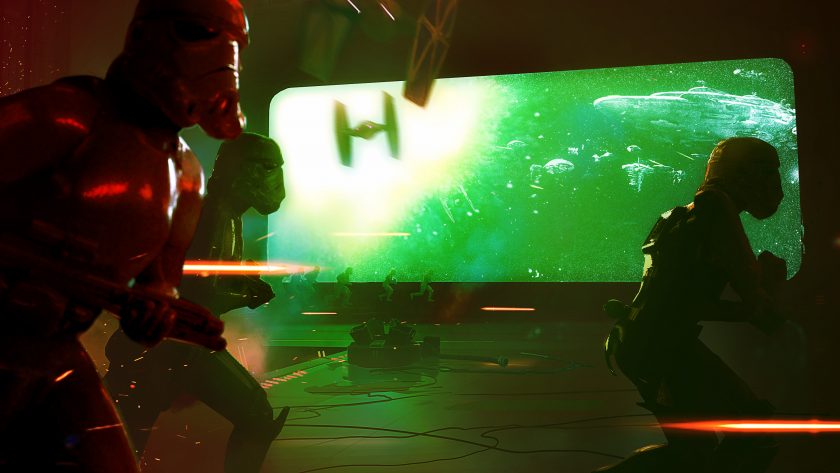 DICE’s Star Wars Battlefront 2 will have a full-fledged story campaign this time around, unlike its predecessor. It will be handled by Motive Studios, helmed by Jade Raymond, and will feature the Empire’s Inferno Squad commander Iden Versio dealing with the Rebellion after the death of the Emperor.

For a story that covers 30 years of Star Wars history though, how much time will the campaign require to complete? According to Motive Studios producer David Robillard, it could range from 5 to 7 hours, perhaps even 8 hours.

Speaking to Press Start, Robillard said that “…We thought that around 5-7, maybe 8 hours is probably a good amount of time…we wanted to stay very driven towards the Star Wars fantasy that the players are going to experience and not have it be drawn out.” The site’s reporter noted that a typical playthrough of the first three chapters amounted to about an hour and a half of gameplay time so that final figure sounds about right.

What about the future of story DLC though, especially as Battlefront 2 will be receiving new free modes, maps and heroes with each season of content? Robillard said that such plans are currently up in the air – the studio is waiting to see how the campaign is received first.

“We’re not ready to announce anything at this time, we’ll see based on the reception the single player has, if we offer free DLC or not.”

Star Wars Battlefront 2 releases on November 17th for Xbox One, PS4 and PC.