Lots of new heroes being added to the game, and even a new game mode in February.

Back in August, EA had outlined their roadmap for future content that would be released for Star Wars: Battlefront II, following which the September update was released quite recently, bringing Clone Wars content and Squad Improvements. Now EA and DICE have revealed an updated version of the roadmap, which provides more details regarding content that will be released for the next few months, up until February 2019.

There will be no new updates in December, as the developers prepare to release Clone Wars content in 2019. In January, Count Dooku will be added, along with various appearances for different characters. Finally, in February, Anakin Skywalker will make his entry into the game, along with the new game mode that features capturing points and capital ship takedowns.

All in all, there’s a fair bit of content arriving in the next few months for players to be excited about. You can check out the roadmap in the image below. Star Wars Battlefront II is currently available for the PC, PS4, and Xbox One. 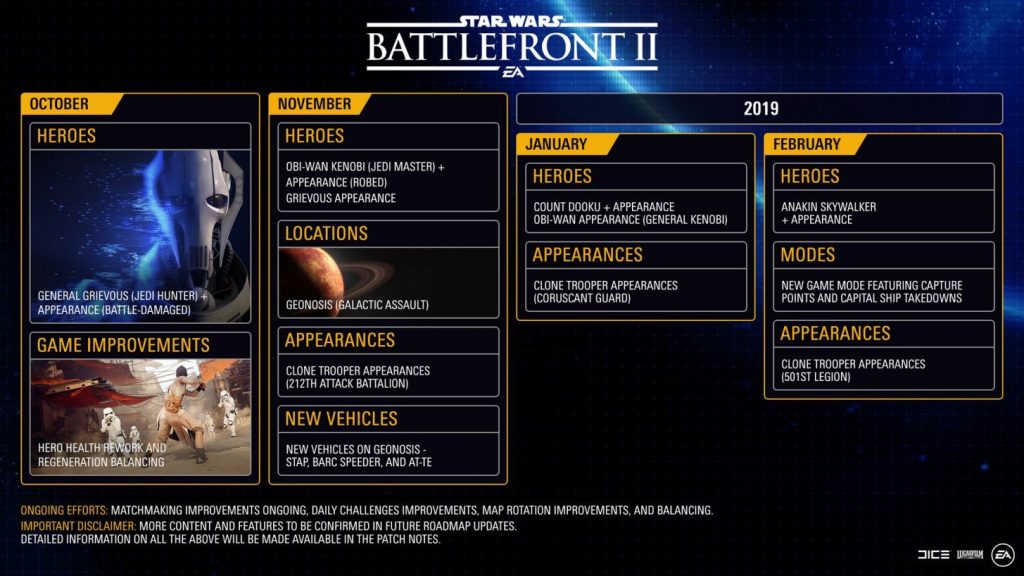