EA have just detailed their roadmap for new content being added to the game for the rest of the year.

While there was a lot of controversy surrounding the launch of Star Wars Battlefront II, the developers have been regularly updating the game with new content and heroes. It has been a year now since the game first released, and the developers are going to be adding quite a bit of content in the coming months.

In a new blog post, EA outlined the roadmap for the new content that will be added to the game, and there’s a lot to be excited for. Plenty of it is the Clone Wars themed content, including heroes and maps, that DICE had announced earlier as well.

In September, the new and improved Squad System will be added, which will allow players to spawn on squad members. Following this, General Grievous will be added to the game in October, and November will see the addition of Obi-Wan Kenobi, along with the new Galactic Assault Map called Geonosis. Players will be able to traverse this map with the help of three new vehicles, which are the BARC Speeder, the AT-TE, and the STAP. New trooper appearances will also be added in this same month.

The developers will even be adding new content during the winter. Both Anakin Skywalker and Count Dooku will be added during this time as playable heroes, and some new skins will also be made available. Along with this, a new large-scale game mode will also be introduced, which will be a non-linear sandbox experience in which players will try and capture points and attempt to bring down capital ships. All in all, there’s a lot to be excited for in the coming months.

Are you look forward to trying out all (or any) of this new content? Let us know in the comments. You can take a look at the detailed roadmap provided by EA below. 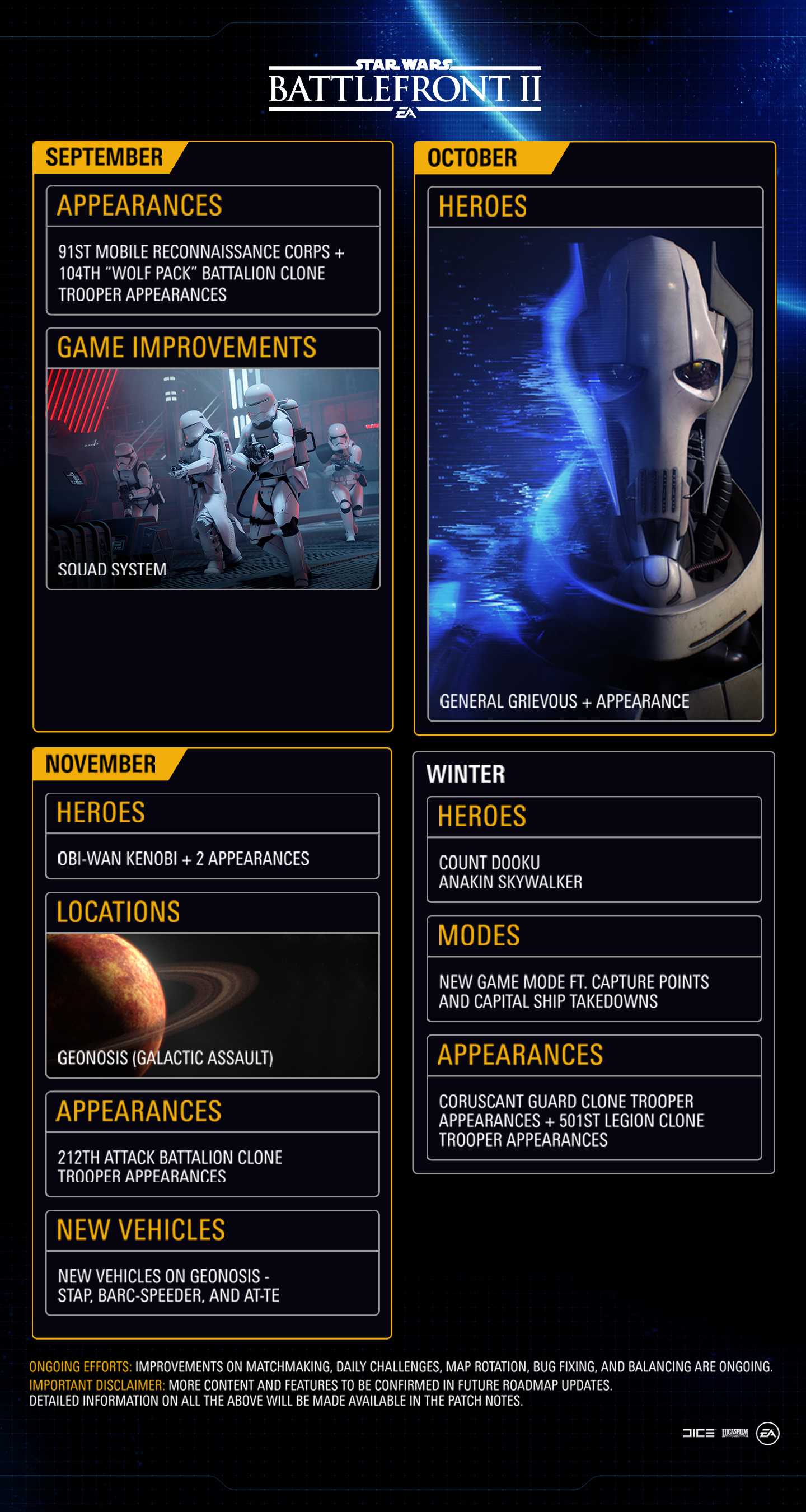