These include the recently revealed Sullust. 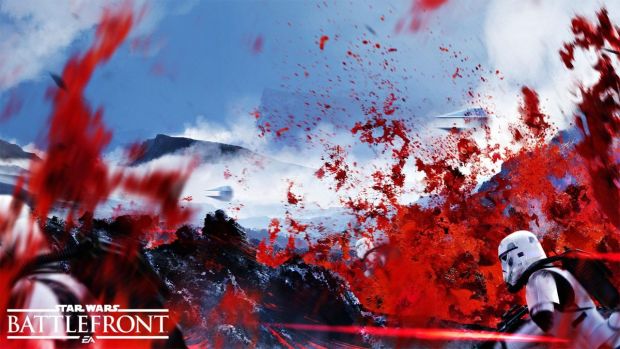 DICE has announced that Star Wars: Battlefront will be shipping with 12 multiplayer maps at launch. These will be separate from the locations featured in the game’s “Missions” mode which can be played co-operatively. Of course, there will be additional maps with future DLC.

Thus far, three maps have been confirmed with Endor, Hoth and Sullust (seen in the above image). Sullust has never been showcased in the Star Wars universe but has been referenced every now and then. For reference, DICE captured photos from Iceland and has been described by lead environment artist Andrew Hamilton as “very barren in a beautiful way.”

It should be noted that some maps are suited for close quarters fighting while others can support the Walker Assault mode with 40 players.

Star Wars: Battlefront will be out on November 17 for PS4, Xbox One and PC. Its first DLC, the Battle of Jakku, will be out on December 1st for those who pre-order and December 8th for everyone else.