“Battlefront is going to be one of those games that will really show gamers what it means to be in the world of VR.” 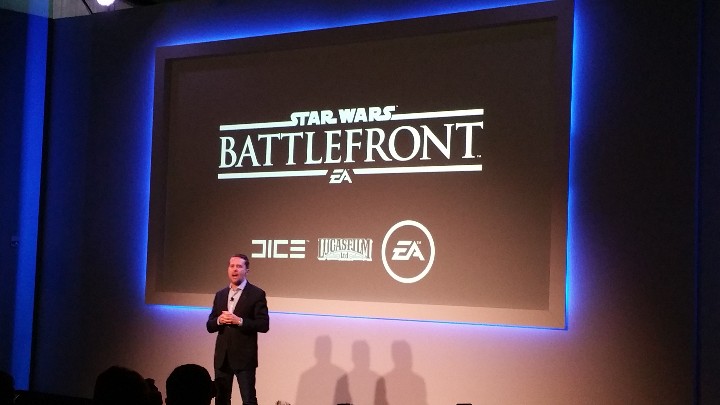 One of the big games coming to PlayStation VR is Star Wars Battlefront. DICE’s reboot of the hit Star Wars action game series will be getting a VR version exclusively for Sony’s headset. Star Wars Battlefront VR is meant to serve as proof that Sony will try to serve traditional AAA experiences on their VR platform, too- it is also, according to Sony, going to be a killer app that finally sells people on the medium.

Vice president of marketing John Koller recently discussed Battlefront‘s PlayStation VR version in an interview with Fortune, and pointed out that the game had a legitimate chance of being a true system seller.

“We are working with EA, DICE, Lucasfilm, and Disney to try and make that experience something so special and so intrinsic to what’s in many people’s DNA, which is, ‘How can I be in that world of Star Wars?’ Koller said. “Battlefront is going to be one of those games that will really show gamers what it means to be in the world of VR. It’s very special. And just by the nature of it being designed as a VR experience, it’s going to be very different than the PlayStation 4 game.”

He also explained how he sees exclusives working in the VR market, versus how they do in the console or handheld markets.

“The role of exclusive VR games is a little different than what we see in the general console space,” Koller said. “For example, I don’t believe that there needs to be one particular killer app. There can be a range of killer apps. VR is so personal. It really depends on what experience that person wants and what they think is really great. That’s different than our (console) platform launches, where you generally can say, ‘That’s the game’ (that will help drive hardware sales).”

All of which is good- but when can fans expect Battlefront VR? While Koller is naturally cagey when it comes to committing to a date, he did suggest that it could be one of the 50 games that are launching for the PlayStation VR this Fall.

“Star Wars is a great example of something that we will really own during that launch period,” Koller said. “But over time there will be games that launch, where we’ve been helping with the development process, that will be most special on PlayStation VR, whether it’s exclusive or not. It’s going to be best played on PlayStation VR.”

The PlayStation VR is set to launch worldwide this October; Star Wars Battlefront VR is expected to launch for it exclusively shortly afterwards.