That’s a mighty impressive Star Destroyer you’ve got there. 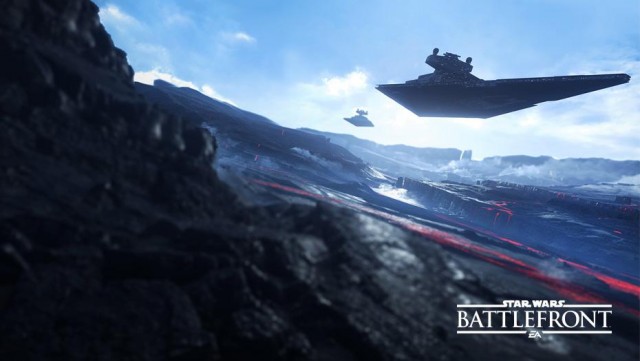 Community Manager Mathew Everett has been on Reddit recently, giving out some information regarding Star Wars Battlefront. While users bickered about the game’s resolution, Everett revealed that the game couldn’t have been created on any other platform except current gen consoles and modern PC’s, saying, “We could not achieve what we want to visually and with the gameplay functionality without the power of this generation’s consoles or a modern day PC.”

Further more, EA have finally released a new screenshot from their exceptionally hyped, yet divisive, upcoming shooter. The screenshot is of the new playable planets which goes by the name of Sullust, you just need to think of Mustafar but with cleaner air. You can check out the screenshot above.

The screenshot shows two Empire Star Destroyers in Low Orbit (possibly in transit). But other than that, the only noteworthy element of this screenshot is the awesome use of Depth of Field. Given that I’m a gamer that enjoys DoF, this is a great example. However I believe that a lens focused DoF may have served them better in this situation, but even that’s debatable.