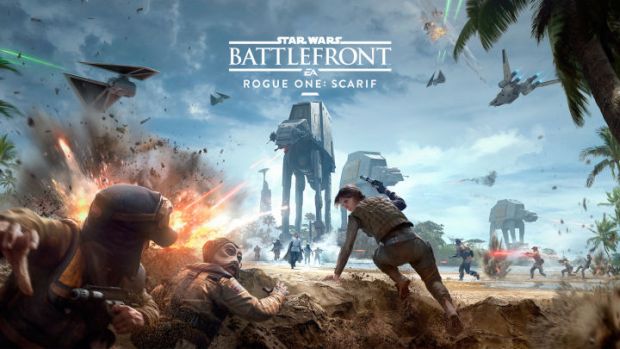 DICE’s other big multiplayer shooter Star Wars: Battlefront received its final paid DLC pack today with Rogue One: Scarif, a tie-in to the upcoming Rogue One: A Star Wars Story. However, this is only for Season Pass and Ultimate Edition owners. Everyone else will have to wait until December 20th to get their hands on it.

The servers will be offline today in order to facilitate the launch of the DLC along with a new update. The four new maps in the DLC pack focus on the planet Scarif and there are two new playable characters – the rebel leader Jyn Erso and the Director Orson Krennic. There will also be a new mode called Infiltration which mixes multiple stages of ground and space combat.

The new update is free to all players and features two weapons – the A180 and DT-29. A new Star Card is also available with the Sonic Imploder which deals damage and then blinds enemies. The level cap is also being raised from 90 to 100. You can check out the full patch notes here for other changes like hero balance updates.