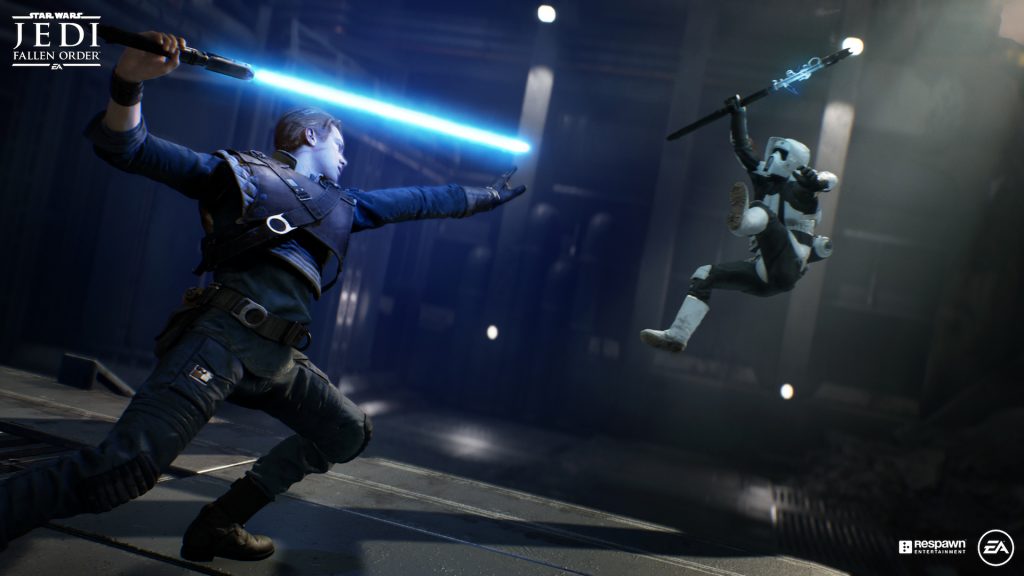 Earlier this year, EA officially confirmed that Respawn Entertainment was working on three new Star Wars games, with one of them being a Star Wars Jedi: Fallen Order sequel. Many had expected the game to be unveiled in full at EA’s yearly EA Play Live event in the summer- but the company recently announced that this year’s event had been cancelled.

So where does that leave us with Star Wars Jedi: Fallen Order 2 (or whatever it ends up being called)? Well, according to GamesBeat journalist Jeff Grubb, the game will be announced in May, at Star Wars Celebration, the yearly event that’s coming back after a couple of years after having previously been cancelled due to COVID.

“We’re gonna hear about that in May at Star Wars Celebration. That’s when that’s coming,” Grubb said in a recent episode of the GamesBeat Decides podcast (which you can view below). “So keep an eye out for that, because that’s when it’s happening.”

This year’s Star Wars Celebration event is set to take place in in Anaheim, California from May 26 from May 29. Previously Grubb had stated that the Star Wars Jedi sequel would be revealed sometime before E3, and a Star Wars Celebration announcement very much aligns with that. Meanwhile, known industry insider Tom Henderson has also previously said that a May reveal is likely, ahead of a Q4 2022 launch.

In addition to the Fallen Order sequel, Respawn Entertainment is also working on a new Star Wars first person shooter, and has also partnered with newly formed studio Bit Reactor for a Star Wars strategy game. Reportedly, this is likely to be the last batch of Star Wars games to be published be EA- read more on that through here.