StarCraft 2 Legacy of the Void Review – Enter the Void

The epic conclusion to the StarCraft 2 saga is an enjoyable ride with multiplayer that will last you a while.

Of the many legacies you’ll be dealing with in StarCraft 2: Legacy of the Void is Blizzard’s over-arching legacy with the entire series…and we’re not just talking about the original StarCraft. When StarCraft 2 first began with Wings of Liberty, it was a single facet of a large campaign, one that would ultimately take five years to play out. With Heart of the Swarm, Blizzard showed us how it could manage the balance of multiplayer, maintaining various units from before while also adding new critters to the mix. Now, with Legacy of the Void, we’re essentially dealing with a climactic finale that’s meant to capstone both a long epic war in storyline and a long-running struggle by Blizzard to maintain its gameplay model while still pushing it forward. Even with all that pressure, StarCraft 2: Legacy of the Void more than succeeds. 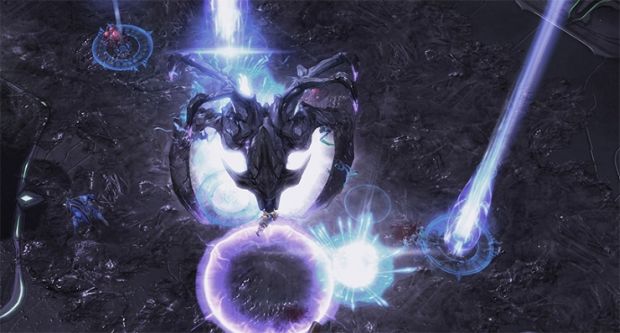 "There were a lot of plates to balance here, especially since the Protoss were the main faction and stories for the Terrans and Zerg had to be wrapped up as well, but Blizzard manages it all quite well."

While StarCraft has never been the pinnacle of story-telling, Legacy of the Void does tie up loose ends while presenting a compelling galactic conflict. The Terrans, Zerg and Protoss are still locked in a long-standing war but the situation is further complicated by the arrival of Amon, a Xel’Naga exile who awakens during the Protoss invasion of Aiur and takes control of most of the armies from the Khalai and Templar. It also doesn’t help that Amon is looking to unite the Zerg and Protoss into a hybrid while exterminating anyone that stays in his way. It’s up to Zeratul and Artanis to control the remaining Protoss forces and unite to face the overwhelming foe before them.

The basic theme in Legacy of the Void is being outnumbered, which makes sense when you consider that Amon has taken control of an overwhelming force to combat the Protoss. There isn’t too much variety in the basic gameplay of StarCraft 2 – you’ll gather resources, build bases and armies, control various points, etc. Some missions even ask you to simply hold out and survive against waves of enemies. It’s all about bravado and heroics, though the writing itself can feel a little cheesy at accomplishing this. That being said, it’s a good kind of cheesy that is aided by a stellar voice acting cast and beautiful cut-scenes. On the one hand I kind of wished that the action in the cut-scenes was more apparent in the main battles. On the other hand, StarCraft 2: Legacy of the Void retains its classic RTS formula while still presenting top-notch production values.

Regardless of the writing, the ending and conclusion to the StarCraft 2 saga is handled extremely well in Legacy of the Void. There were a lot of plates to balance here, especially since the Protoss were the main faction and stories for the Terrans and Zerg had to be wrapped up as well, but Blizzard manages it all quite well. That being said, there’s still plenty of opportunity for future stories in this universe. 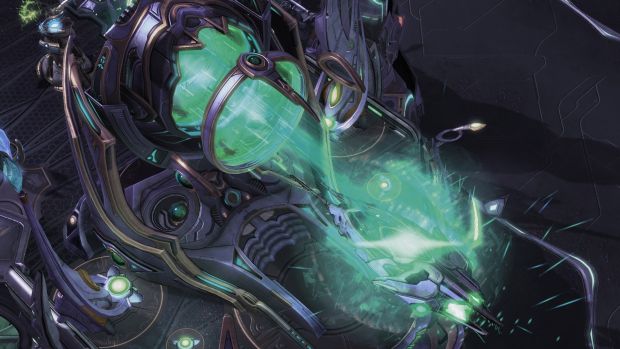 "Rather than starting with six resource gatherers, you now have 12. The trade-off is that mineral fields now present fewer resources, pushing you forward towards the enemy in an attempt to expand, build up your forces and eventually win."

You won’t just be picking up StarCraft 2: Legacy of the Void for the single-player campaign though. It’s the multiplayer which will ultimately tide you over and Blizzard does make some interesting changes to help speed things along for core players. Rather than starting with six resource gatherers, you now have 12. The trade-off is that mineral fields now present fewer resources, pushing you forward towards the enemy in an attempt to expand, build up your forces and eventually win. It helps introduce a level of attrition to battles as opposed to the Zerg rushes of the past and while it doesn’t make things easier for novice players (like me), I still appreciated the ability to jump right into the action.

When you factor in the different races and the units on offer – like the Protoss’s Oracle which can now detect all neighboring units at once rather than using different abilities for underground enemies and those in buildings, or the Zerg’s Ravager which provides artillery fire and is great for destroying Protoss shields, or the Terrans’ Liberator which can take out both air and ground units but requires extra management for the latter – then StarCraft 2: Legacy of the Void’s multiplayer quickly becomes a heated war in which numerous tactics will be necessary. Thankfully, every unit is balanced in its own right – the races simply offer their own ways to win rather than one being significantly overpowered against the other.

Archon mode is a rather interesting addition to the traditional Blizzard multiplayer. With matches being more aggressive, Archon mode lets two players work together to manage resources and a base. In this way, you can one player designated to managing resources while the other is focused on commanding units. Besides allowing players to specialize in different skills and delineate accordingly, this is also a great way for the more inexperienced players to be eased into StarCraft 2’s multiplayer. 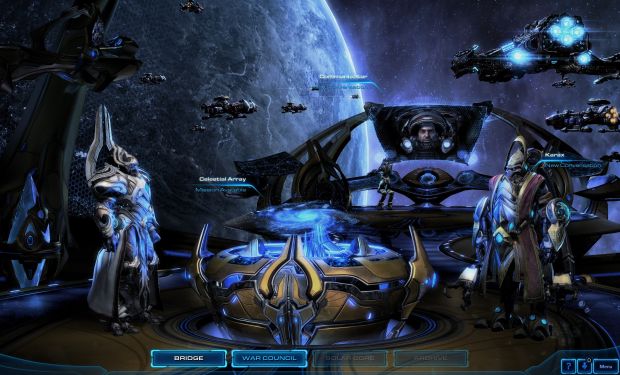 "StarCraft 2: Legacy of the Void is a fitting end to the five year story and it’s great that Blizzard will continue to support the universe with smaller expansions in the coming months."

This isn’t to say you won’t get wrecked on a frequent basis, especially when you compete in higher ranked matches by yourself. However, the Archon mode definitely brings a higher level of strategy to the long-standing multiplayer of StarCraft without significantly altering anything players love about it.

As always, Blizzard Entertainment is on point with its graphics and music. StarCraft 2: Legacy of the Void didn’t bring my system down to its knees but you’ll need quite a bit of power to embrace the full beauty and effects on offer, especially when all-out war is taking place. Network performance is also excellent and I never noticed any lag or issues in multiplayer.

StarCraft 2: Legacy of the Void is a fitting end to the five year story and it’s great that Blizzard will continue to support the universe with smaller expansions in the coming months. The visuals and story, combined with great multiplayer that introduces a newer way to play matches without upsetting balance and Archon mode for even more strategic planning, make Legacy of the Void one of the better RTS games to release in recent years. New players might struggle initially, especially when it comes to learning the ropes in multiplayer, but it’s a struggle that can reap many rewards as you find the play style that suits you best. Whether you’re a fan of strategy games or a hardcore StarCraft 2 player, Legacy of the Void is worth picking up.

Missions don't offer much imaginative variety. Writing can be a little sub-par at times, bordering on the lame. New players may find it harder to get into multiplayer, especially with some of the changes.

Final Verdict:
AMAZING
StarCraft 2: Legacy of the Void lives up to Blizzard's reputation as a leading RTS developer and offers plenty for both series and RTS fans to enjoy.
A copy of this game was provided by Developer/Publisher/Distributor/PR Agency for review purposes. Click here to know more about our Reviews Policy.