Starcraft II: Heart of the Swarm Now Available for PC 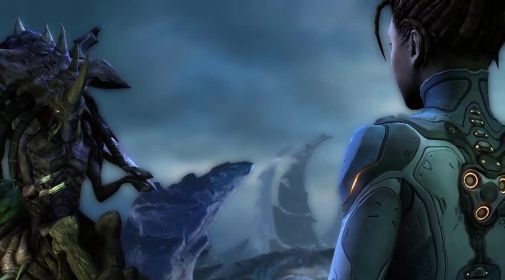 Blizzard’s expansion and the second part in the Starcraft II saga, Heart of the Swarm, is now available for PC worldwide. We’ll rejoin Sarah Kerrigan, former Nova and Queen of Blades, as she works to lead the brood to taking down Arcturus Mengsk. Along with wrecking the usual path of death and destruction.

CEO and co-founder of Blizzard Entertainment Mike Morhaime stated that “Heart of the Swarm enhances every aspect of StarCraft II. In addition to Kerrigan’s campaign and the new multiplayer units and maps, we think players will really enjoy the new online elements and new features that make StarCraft II more fun and easier to learn than ever before.”

Aside from purchasing the game at retail, gamers can also head over to Blizzard’s official site for the game and purchase it for £32.99. However, they’ll miss out on the Collector’s Edition, which is retail-exclusive, that contains tons of digital and physical goodies and will retail for £59.99.