Starfield Teaser Trailer Analysis: What Does It Tell Us?

How much can we figure out between the brief Starfield teaser, and what we already know?

Bethesda, one of the original “When it’s done” studios revealed officially what we’ve known for so long this past E3 when we saw the teaser for Starfield. The first new IP creation right out of Bethesda in nearly a quarter of a century is expected to take their fans to brave new frontiers beyond the furthest stars. While there’s a ton of potential for the game, it might as well be as out of reach as those same stars, since there’s nothing more for the game than the fact it exists and that there’s a brief, not even 30 second teaser for it.

Now, a sub-30 second trailer is hardly much for an analysis, especially this long after every youtube creator with a pulse has tore it down frame by frame. I don’t intend to repeat them by suggesting that the planet is Earth. But even without more to go on, we can count on one thing to intuit some details about the game. Bethesda themselves! The house that Elder Scrolls built has more than a few elements which you could almost consider signatures, and elements from the trailer suggest a few ways in which Bethesda could be leaning on or breaking some of those.

Of course, the most immediately obvious thing that the trailer reveals is the setting. This is also the most drastic departure for Bethesda, who has spent the better part of two and a half decades between Medieval Fantasy and 50’s Cyberpunk. The choice to set the teaser in outer space, as well as the title of the game itself screams that the game won’t just be futuristic, but also interplanetary. 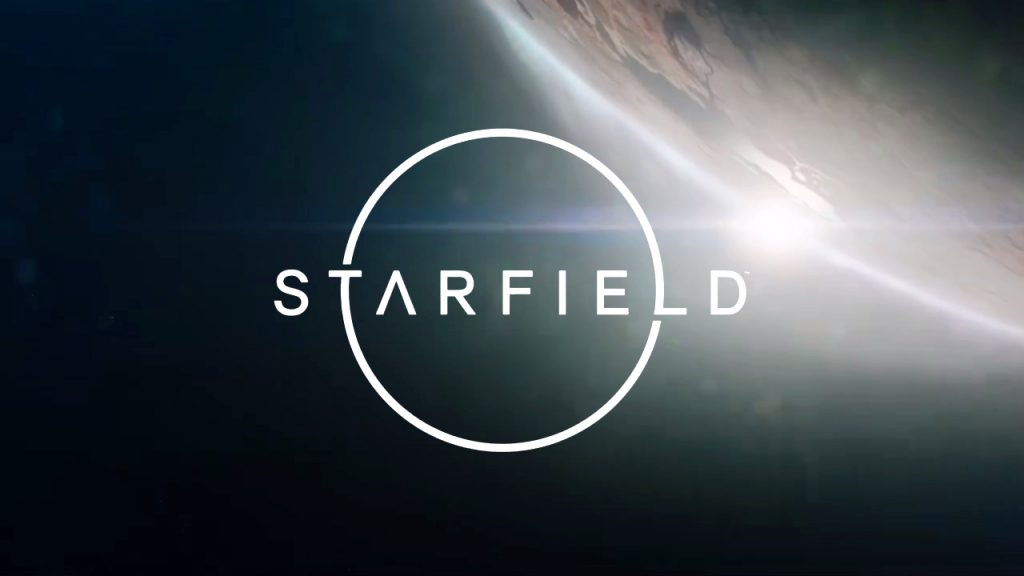 Bethesda is well known for filling out their big worlds through procedural generation, but unlike the closest analog we can think of in No Man’s Sky, Bethesda only uses that as a tool in the earliest parts of creating their games before hand crafting all the major areas of interest. While this process has ups and downs, it does lend the games a rather natural feeling. This is surely going to be compounded by however many planets Bethesda allows us to visit, hopefully all with drastically different designs with flora and fauna to go with them.

Through their work on Skyrim and the Fallout series, I don’t feel like there’s much concern about the team’s ability to flesh out a lore and aesthetically distinct worlds. But what about things to do in these worlds? Depending on the setup of the game, will players have to somehow learn to cross cultural divides? Or will travel be a well established part of the universe, giving it a Mass Effect vibe? That’s still beyond our sight. At the very least, we should be able to trust that Bethesda picked up on a lesson a long time ago that some open world titles are still learning today – Bigger doesn’t mean better. Instead of pushing for that bigger number on the box for map size, ever since Daggerfall the team pushes to keep interesting things to do nearby.

Bethesda can still quite easily sell the scale though with one of the other elements that space setting is going to mean. Right at the end of the trailer, the fancy effect that serves as our cut to black is clearly a nod to the ship the perspective is in going light-speed, cinematically suggesting once again that the players themselves will frequently be off planet. Vehicles would be a completely new element to their games where they’ve previously never gone past horses or bulky power armour.

The speed of a personal starship, with accompanying combat elements to keep journeys both on planet and off interesting would allow the team to keep points of interest farther away, without necessarily bogging down the pace too much. Flying from a third person perspective and pulling the camera out would still let the team keep those distracting side quests that flesh out a universe visible as well. Given the focus on player agency that the studio has historically placed on their titles, it’s hard to imagine that players won’t be piloting and customizing their own starship just a few hours into the game at most. It just wouldn’t do to have to rely on space-buses.

Interstellar flight and space of course means different planets to explore, and the numerous theories around the internet paint the planet shown as earth, mars or uses the constellations to somehow place the game as taking place in our own neighbourhood of the Milky Way Galaxy, however I find the space station far more interesting to consider. Bethesda has traditionally limited indoor spaces in their series, likely because the hand-crafting they demand inevitably takes more work to produce. Typically only Fallout will see indoor office-type locations, with the occasional palace in Skyrim or lego-block home filling out the world in Elder Scrolls.

It’s hard to think they would show us a space station and then not allow players to visit one once the game is out. Then again, is it actually a space station? Could it be some kind of satellite? Perhaps a weapon? Proceeding under the idea that it’s large enough to board, does this give us our villains of the story, as some force that is threatening sovereign planets from above? Perhaps the enemies are reminiscent not of Mass Effect’s reapers, but Star Trek’s Federation with slightly less than pure motivations. Fighting against a tyrannical power is right inside the wheelhouse of their games after all. Bethesda has stated that Starfield will be unlike any game their fans expect from them, so most of, or perhaps all of these logic strings won’t tie together in the end. But at least we’ll one day be able to see what awaits us in that glittering, ever so distant, Starfield.