Talking about player freedom in Starfield, Bethesda's Pete Hines spoke about all of the gameplay options available to players, including the ability to steal starships. 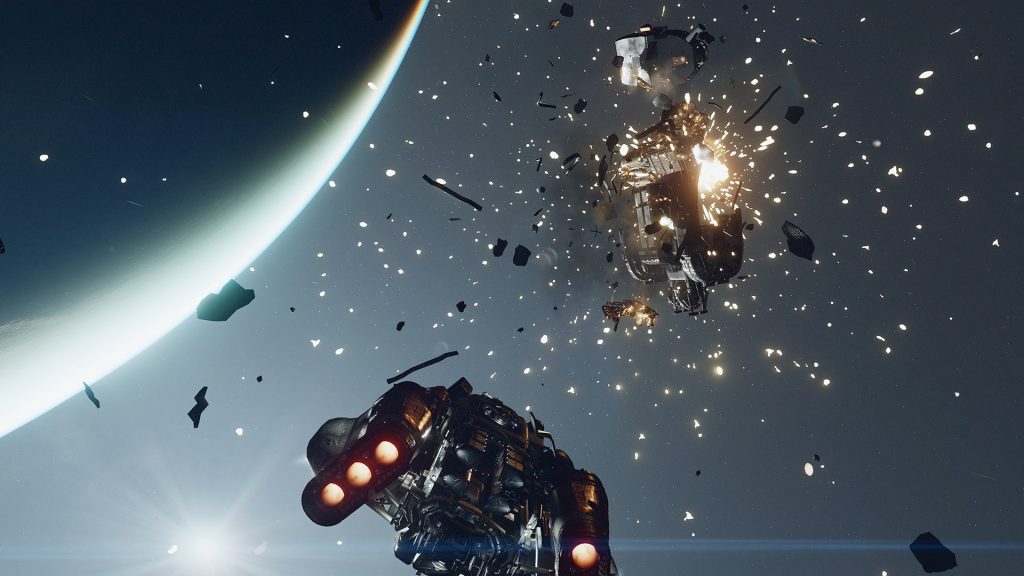 Bethesda Softworks’ senior VP of global marketing and communications, Pete Hines, has revealed new details about the upcoming Starfield during the Extended Xbox Games Showcase. According to Hines, one feature in Starfield is the ability for players to steal other starships.

“We don’t want to put too many limits on what the player is or isn’t allowed to do,” Hines said during the Extended Xbox Games Showcase, referring to the player’s ability to steal just about anything that isn’t nailed to the ground in Starfield. “We love it when players say, ‘I wonder what happens if…’ and then they try it.”

However, discussions about player freedom in Starfield during the showcase eventually escalated, and more details about various aspects such as how crime is handled in the game, and the player’s capability of committing crime came up.

Players will also have plenty of choices when it comes to building their starships in Starfield. According to Hines, players could spend thousands of hours engaging in the new ship-building mechanics. However, he also imagines players talking about their distinct experiences in Starfield, with one player potentially having stolen their starship rather than having built it themselves.

“Oh yeah, I just ran in and stole a ship and shot all of the crew members and took off,” said Hines. “Like… you can do that? You can do anything. I think that is a special part of a Bethesda Game Studios game.”

Starfield has been in development at Bethesda for a few years now. While the game doesn’t yet have a solid release date, it is set to release some time in the next 12 months. Here are 10 things we learned about Starfield from all of the announcements over the weekend.