Valve has revealed a lot more about the Steam Deck in recent weeks, and here are 10 more things that you should know before buying the console.

Valve’s latest Steam Deck is a promising piece of hardware and is showcasing some great potential for the future of the company’s hardware offerings. A lot has already been talked about at length when it comes to Steam Deck, but it’s understandable that fans may still have some lingering questions before they decide to plop upwards of $399 for the hardware.

Luckily, recent developments on the matter have cleared the air surrounding the hardware and software with Valve seemingly giving out hardware units to developers for testing purposes. Furthermore, Valve’s recent interviews and press releases have revealed more about the Steam Deck, so here are 10 more new things you need to know before buying the console. 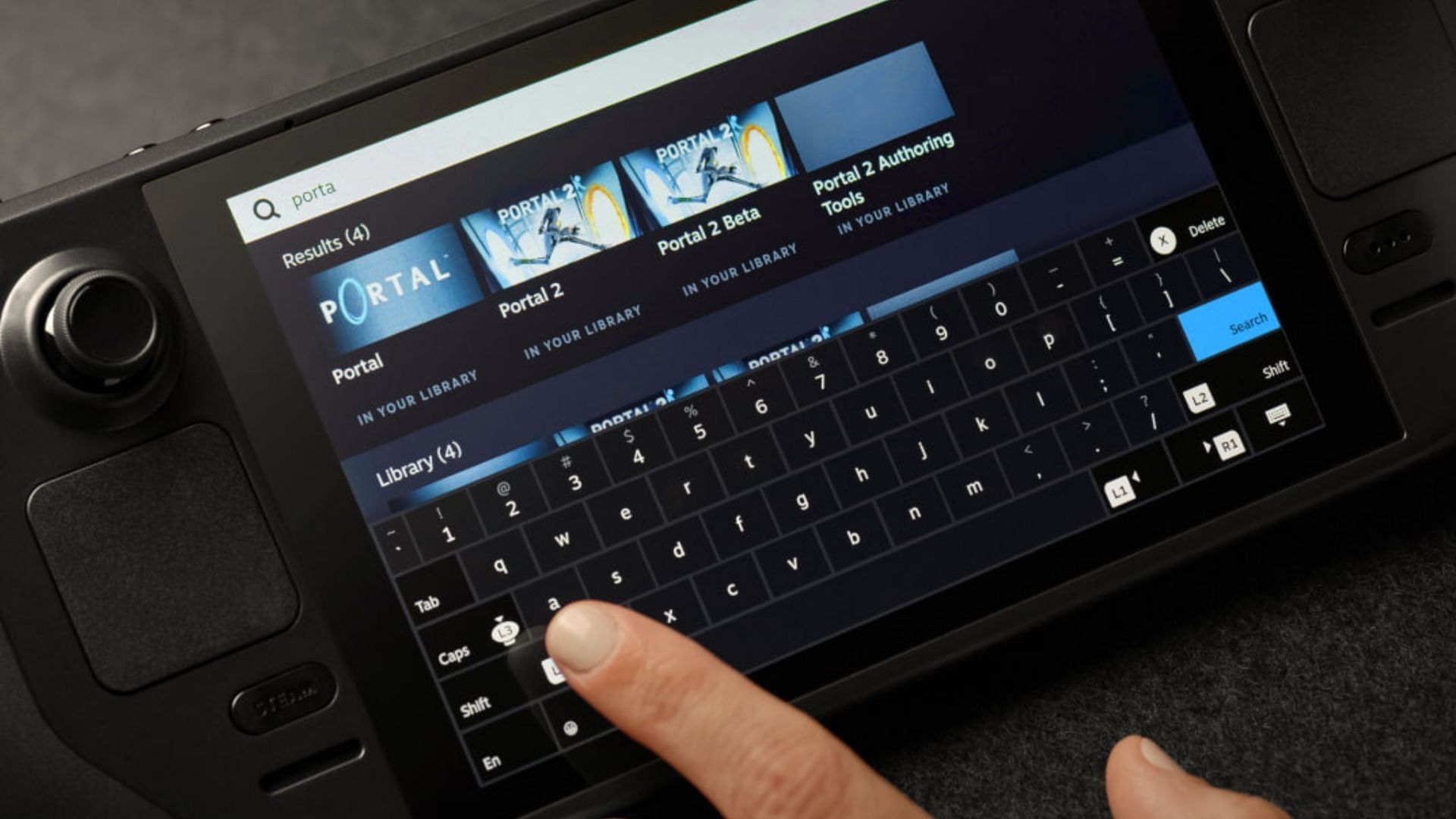 This is by no means a surprise – the Steam Deck has no support for an external GPU. Connecting an external GPU to the console requires a Thunderbolt 3 port, which Valve’s machine doesn’t have. The handheld comes with a custom APU, which should have enough juice to run most games with comfortable graphics and framerates at a resolution of 720p.

Valve claims that it hasn’t found a single game that wouldn’t run on the Steam Deck, although the claim is yet to be confirmed by fans. That being said, it would certainly be great if the console would allow running games at high resolutions in docked mode using external GPUs. Of course, given Valve’s insistence of reaching an aggressive price point for the hardware, it’s largely understandable why some of the more premium features had to be scrapped. 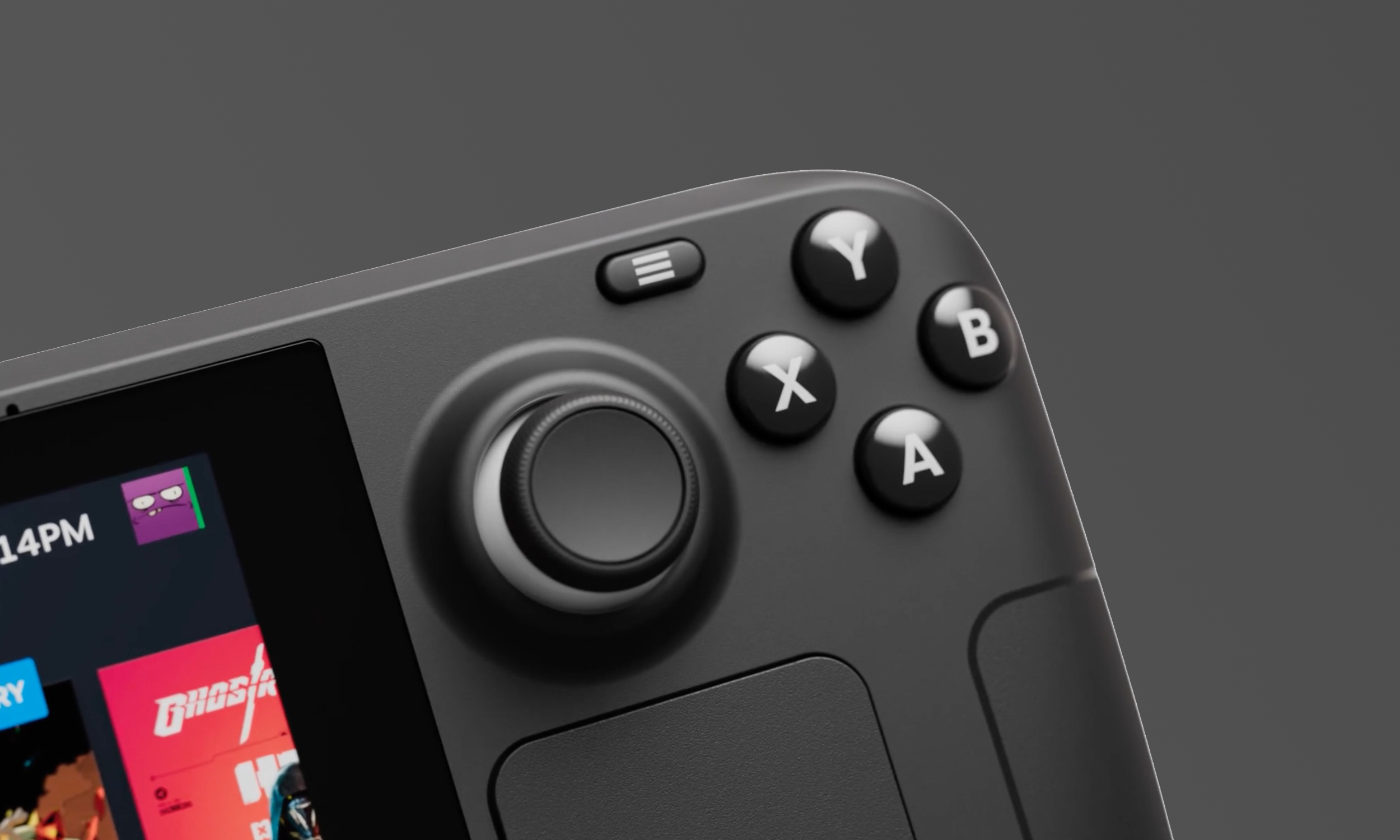 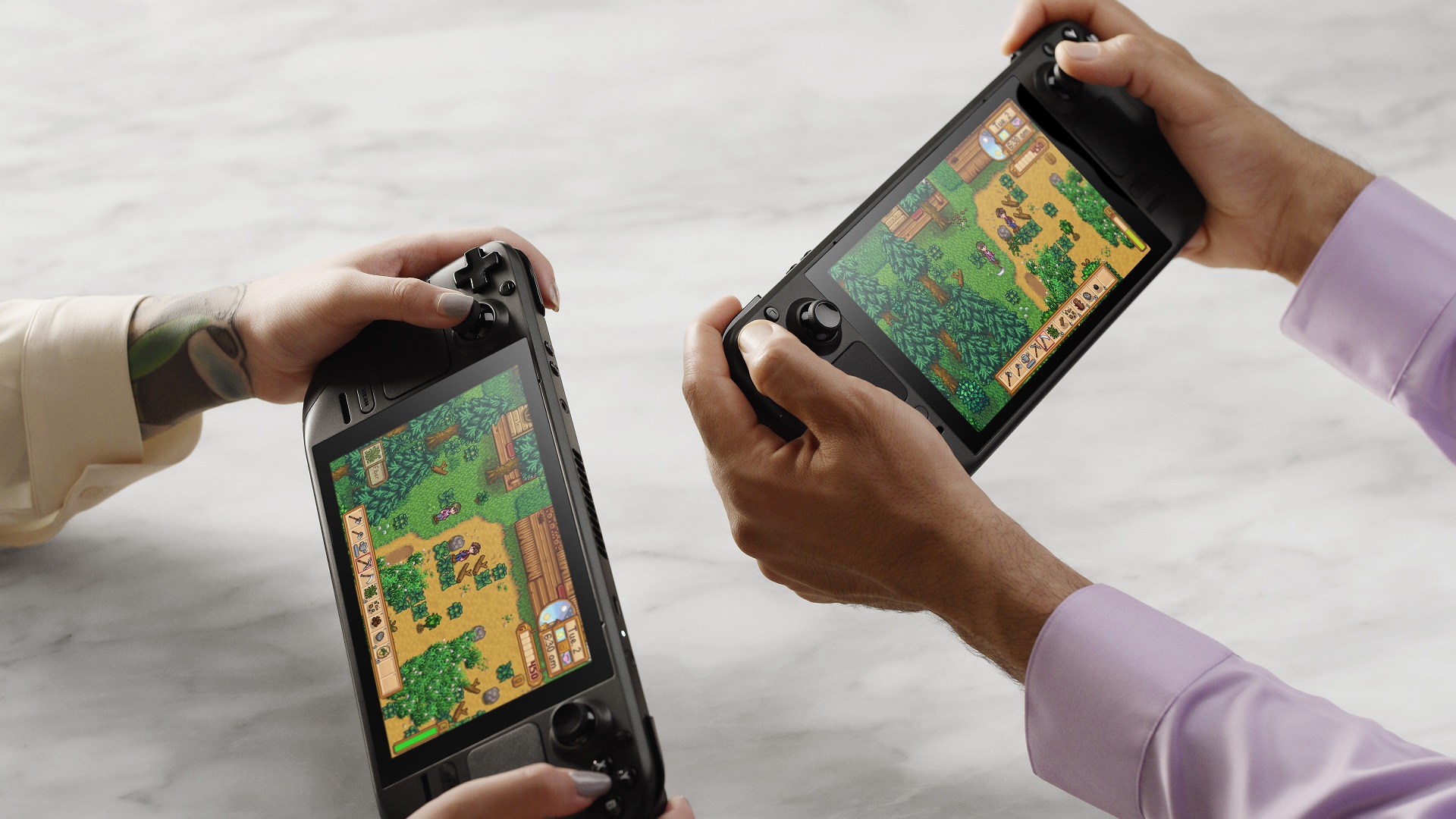 The Steam Deck will also feature haptics on the controller. Valve has revealed that the Steam Deck will have two LRA motors, one under each trackpad. Haptics should be great for feedback in both games and general use, making the feature a nice one to have. However, fans should be aware that the haptics would probably be standard stuff, so don’t expect anything as refined as Sony’s DualSense haptics or Nintendo’s HD rumble. 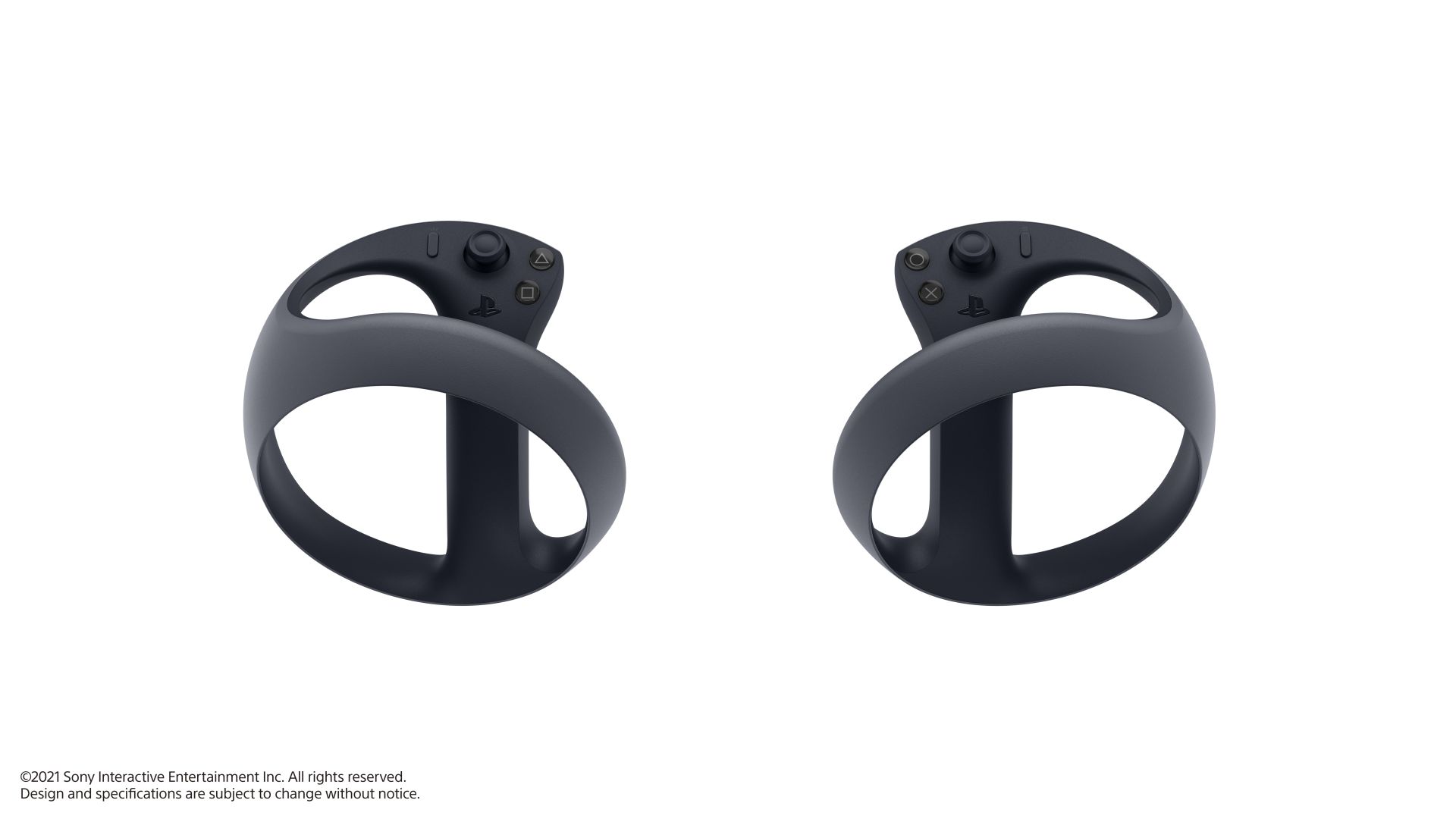 The Steam Deck can support PC VR headsets, but fans should note that the console isn’t optimized for VR experiences. Those who own a compatible headset might be able to enjoy less-taxing content or games, but the Steam Deck shouldn’t be considered a VR-ready device by any means.

Using a VR headset requires a pretty beefy system with a GPU that can, of course, pump consistently high framerates – and the Steam Deck understandably falls short in this regard.

The Steam Deck will obviously enough, use Steam as its preferred platform for consuming and buying video games. The Steam Deck will support multiple Steam accounts, selectable from a profile screen similar to PlayStation. Each profile will have its own separate local files and cloud-saves. This is a great quality-of-life feature, as most fans will probably be sharing the console with friends or family, and allowing the use of multiple accounts seamlessly would be of course, great.

The Steam Deck runs on SteamOS, which is a modified version of Arch Linux. Linux, as fans might already know, isn’t suited well for gaming since most developers don’t develop games for the platform. To combat this problem, Valve has developed Proton API, which is a compatibility layer that aims to run Windows code on a Linux-based machine without much in the name of a performance hit. The Steam Deck will use this API to run Windows games on the machine.

As mentioned earlier, the Steam Deck will use Proton API to run Steam games that aren’t native to Linux. Proton API can also be used to run games that aren’t built for Linux and aren’t on Steam. Valve has confirmed the existence of an “Add a Game” in the console’s version on Steam, which can be used to add games from other supported launchers. Of course, that’s just half of the battle won – as some of the biggest games are known to be incompatible with the operating system. Games like Fortnite among others utilize anti-cheat systems like EasyAntiCheat which aren’t built for Linux. Running the anti-cheat through Proton API is possible, but still causes issues.

EasyAntiCheat has a dedicated Linux version, but Windows games can’t utilize that version for running games on the hardware. The same cannot be said for other anti-cheats such as Riot’s Vanguard or the upcoming Activision’s anti-cheat. Furthermore, emulating other launchers such as Epic Games also pose problems on Linux. Of course, one could always spring for a Windows install to alleviate these problems, Valve is actively looking into such problems, and future updates from both Valve and developers should make running Windows games an effortless task. 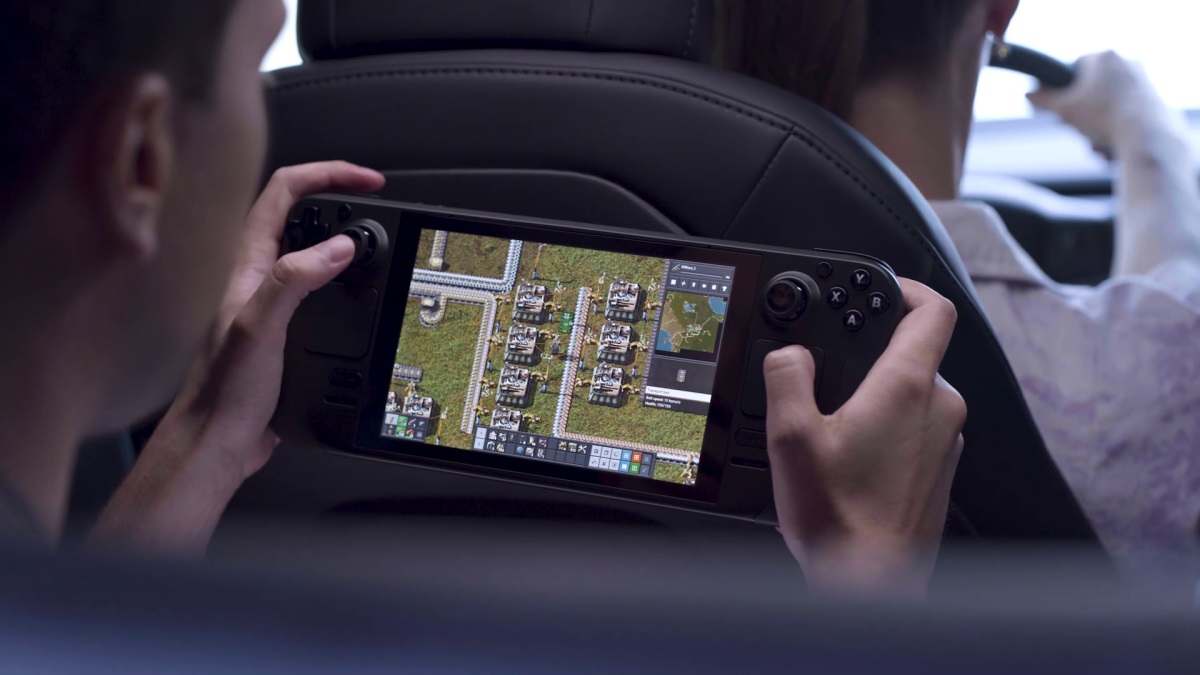 At the time of writing this feature, the only way to procure a Steam Deck is by pre-ordering the console on Steam store. Much like previous attempts at hardware distribution from Valve, the Steam Deck is exclusive to them in terms of retail – although this could change sometime later down the line. In a recent FAQ, the developer hinted that it could be working with other trusted retailers to ensure availability across a wider geographical range. 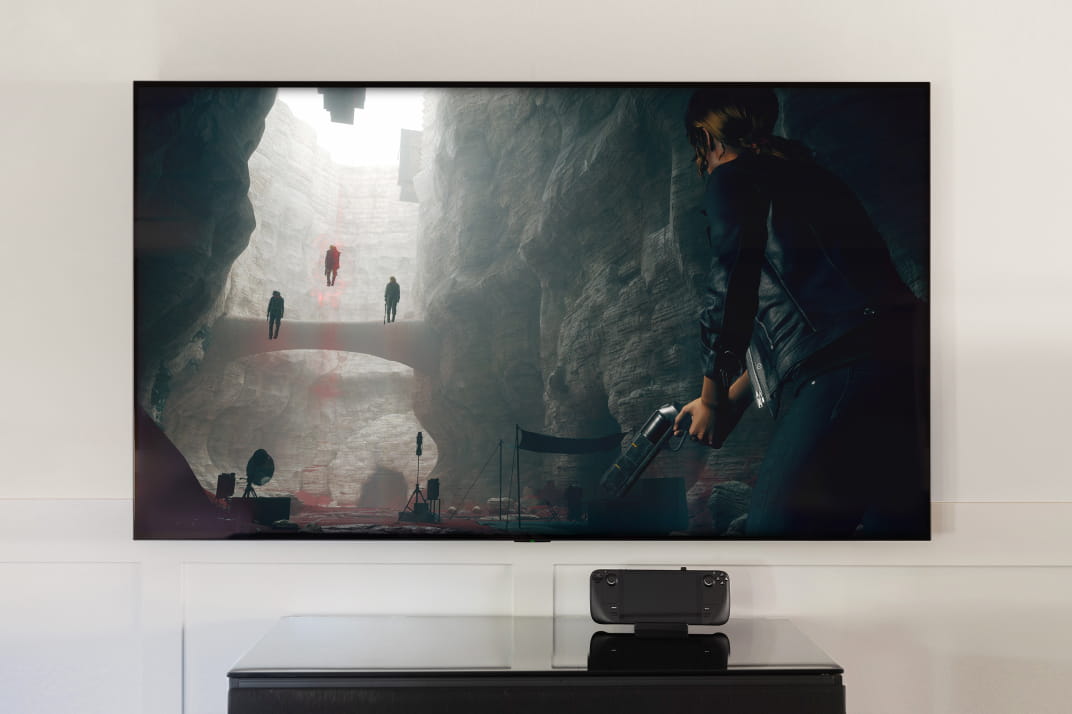 Unlike the Nintendo Switch and many other handhelds, the Steam Deck won’t have two distinct performance profiles based on the mode it is being used in. Regardless of whether the Steam Deck is docked (or charging via a standard USB-C cable) or is running on battery, Valve claims the machine will perform identically. Despite this, Valve has claimed that the battery should at least last 2 hours – which is almost the same as Nintendo’s offerings when playing games that are graphically taxing such as The Legend of Zelda: Breath of the Wild. Much like most Linux distributions, Valve’s SteamOS will require an SD card to be formatted with the proper ext4 file system format. This means that the same SD card wouldn’t be able to carry data over to a Windows install since Microsoft’s operating system doesn’t have native support for ext file system formats. While Linux games wouldn’t run on Windows either way, it’s definitely an important point worth looking at.

The Steam Deck isn’t an always-online machine, which means that the console doesn’t need to be always online to function. Of course, online games will require an internet connection and so will downloading and updating games, but single-player offline games can be played offline. It’s not much of a feature but is a great confirmation for those wanting to use the machine in poor network areas.

Valve has also confirmed that the Steam Deck’s UI will be replacing the Steam Big Picture mode on other platforms. However, the process will be done in phases over the course of multiple updates. It’s great that the popularity of Steam Deck is practically forcing Valve to look into areas for its software for other platforms. Furthermore, Valve has revealed the length of the charging cable to be 1.5 meters in length – which seems to be a sweet middle ground for most use-cases.