Valve has updated the Steam store to now feature hubs based on various categories, tags, and genres. These hubs will be personalised for every player. 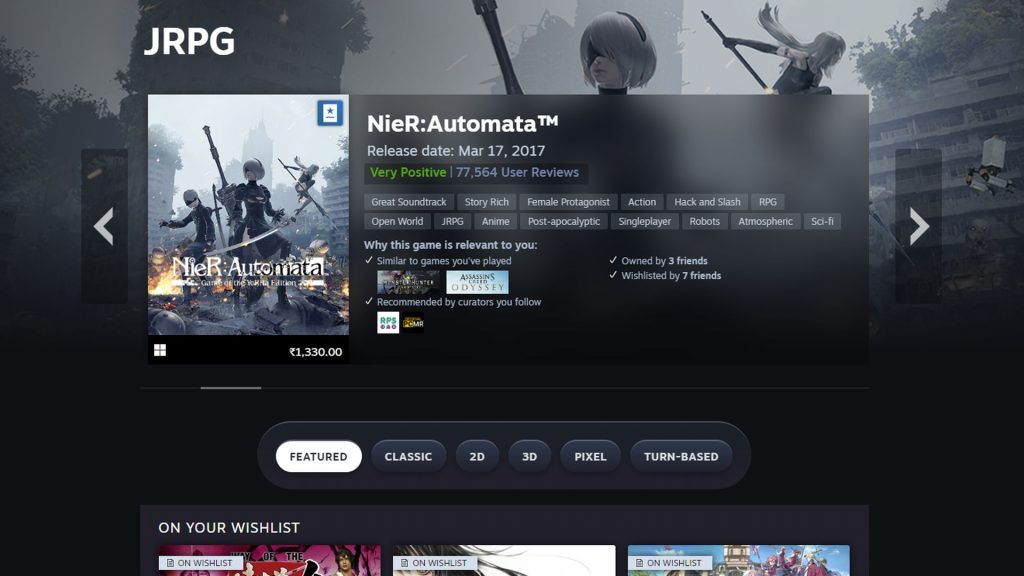 Valve has released a new update to Steam. The update brings changes to how various aspects of the Steam store work, including tags, genres, categories, and theme browsing pages.

All categories, themes, genres, and tags will now have their own hubs. The standout feature of the new update, however, is the fact that these new hubs will be personalised specifically based on the user’s play history, friends network, followed developers, and wishlist.

Each hub will also be further divided into sub-categories. RPGs, for example, will have separate hubs for JRPGs, Action RPGs, Adventure RPGs, and more.

The hubs will also display details about why a certain game is in that player’s hub, including details like genre, curators, and the general popularity of the game.

The Steam store will now also start recommending new releases and new games to players depending on what they’ve been playing and the developers they follow on Steam.