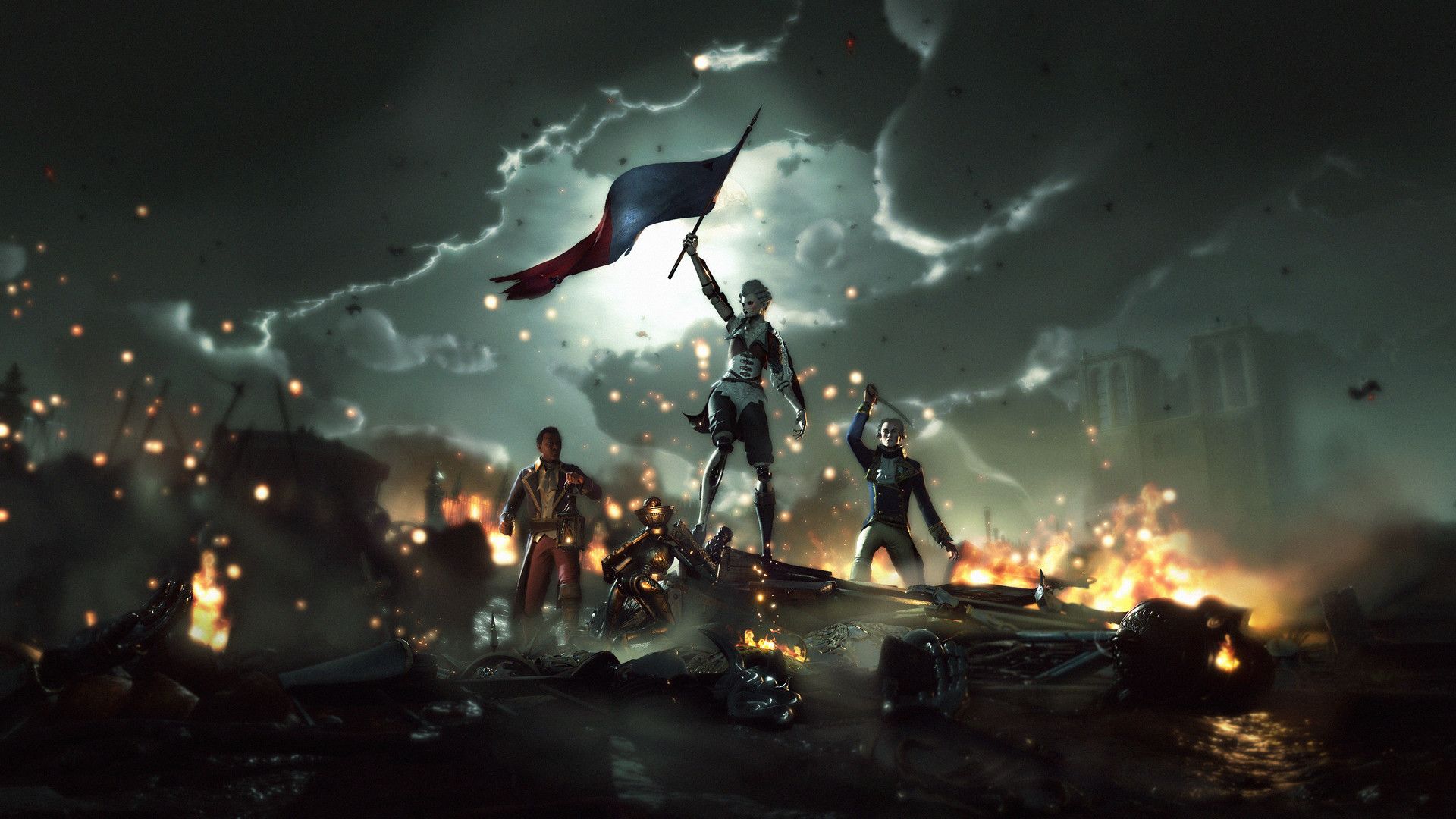 Spiders Studio has unveiled its next big title called Steelrising, published by Nacon and coming to PS5, Xbox Series X and PC. Though no release date was provided, a teaser trailer has been released. It’s essentially alternative history France with robots. We can dig it.

The story is about Aegis, a robotic bodyguard for Queen Marie-Antoinette, and her quest to stop the mad King Louis XVI. In order to suppress the revolution, the king has been unleashing all kinds of killer robots. Armed to the teeth, Aegis will venture across famous monuments and landmarks while battling all manner of murderbots.

Taking a more action-heavy approach, Steelrising will also encourage more vertical exploration. One example is climbing a balcony and happening upon a secret passage for another location. More than seven families of weapons have been created, ranging from light and heavy weapons to rifles for long-range. Aegis will also earn unique gear and items by completing side quests with Spiders working to make the world as “deep and varied as possible.”

Stay tuned for more details on Steelrising in the coming months.